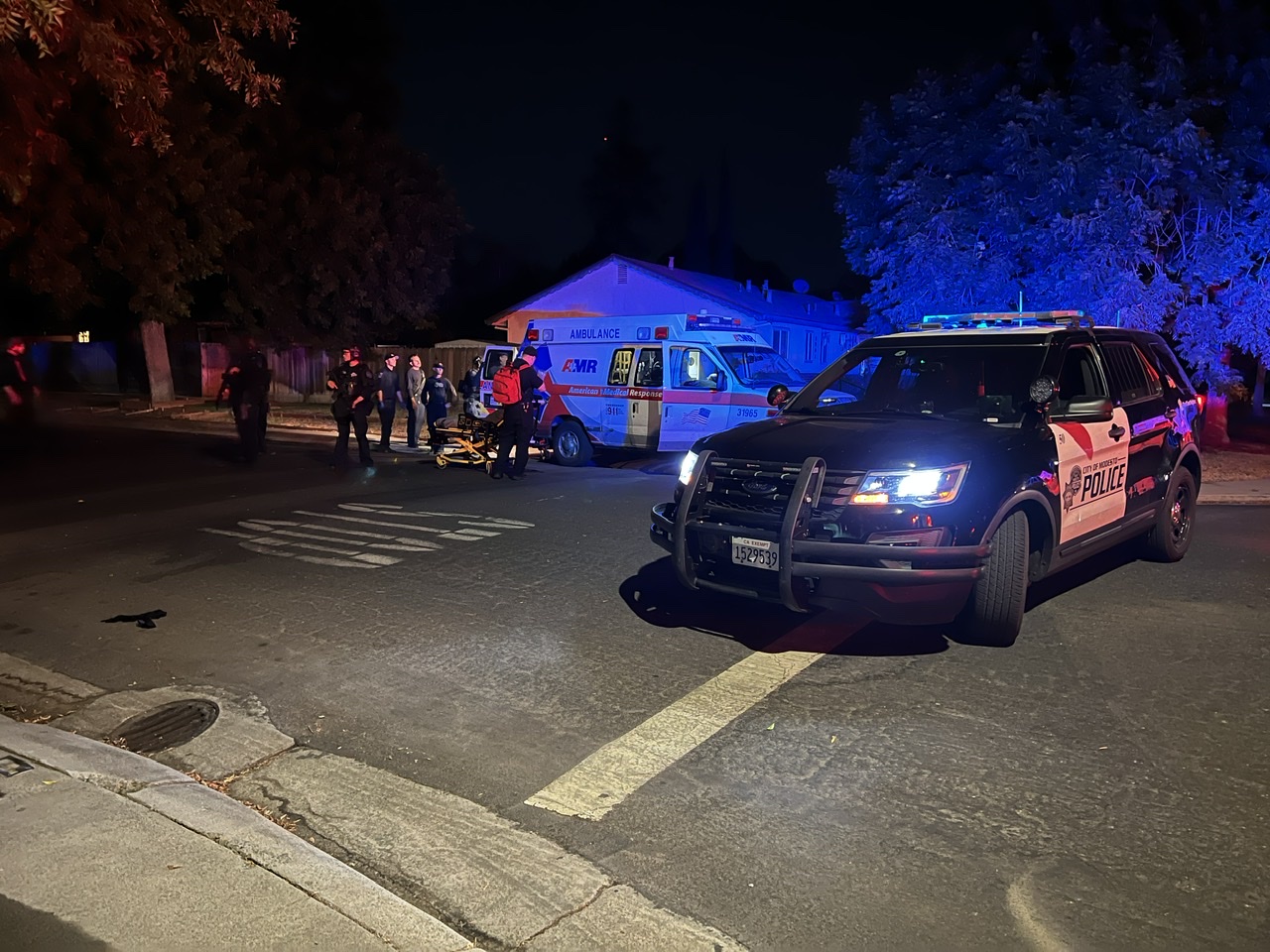 The suspect was wheeled out on a stretcher at about 11:15pm to a waiting ambulance after what sounded to be a gunshot. The ambulance left with lights and siren from the area.

Two children were carried out from the suspects house by officers unharmed. Witnesses said the mother of the children was released earlier during the ordeal.

The incident started shortly after 2:00pm for a report of a person shot on the 2900 block of Debbie Lane. One victim was rushed to a hospital by ambulance.

Police surrounded the neighborhood and evacuated neighboring residents while they tried to reason with the suspect for a peaceful surrender.

By 11:30pm, homicide investigators arrived to begin their investigation.

Further updates will be posted as details become available.

Police Respond to Shooting in Modesto