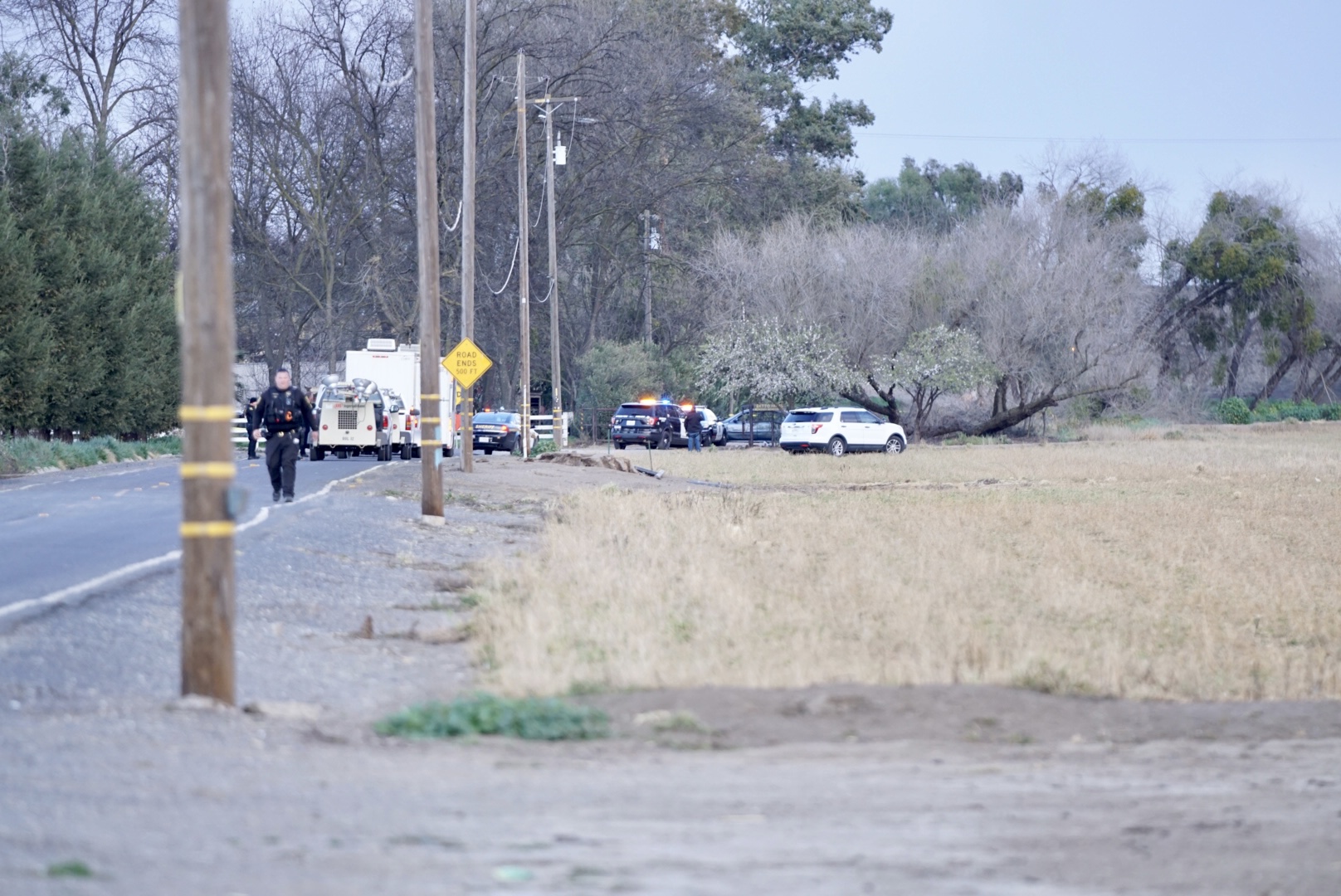 The incident began shortly after 2:00pm near Charter Way and Interstate 5. According to a release from the San Joaquin County Sheriff’s Office, a Stockton Police vehicle was struck by another motorist near the location. The officer was uninjured, but the other involved driver fled the area in their vehicle.

The vehicle was located a short time later by another Stockton Police Officer as it ran a red light near the area of Highway 4 and Fresno Avenue. The officer attempted to stop the vehicle, but the driver continued to flee. The officer pursuit the vehicle to the area of Roberts and Rolerson Road where it came to a dead end.

The officer exited his vehicle and ordered the other driver out, the sheriff’s office release said. It goes on to say the driver did not comply and shifted their vehicle into reverse, ramming the patrol car and knocking the officer over as he was struck by the door of his patrol vehicle. The officer regained his footing and fired on the vehicle.

Officers provided aid to the driver of the vehicle, who was identified only as a 54 year old woman. Medics transported her to the hospital where she was pronounced deceased. The police officer did not suffer major injuries.

Police Respond to Shooting in Stockton