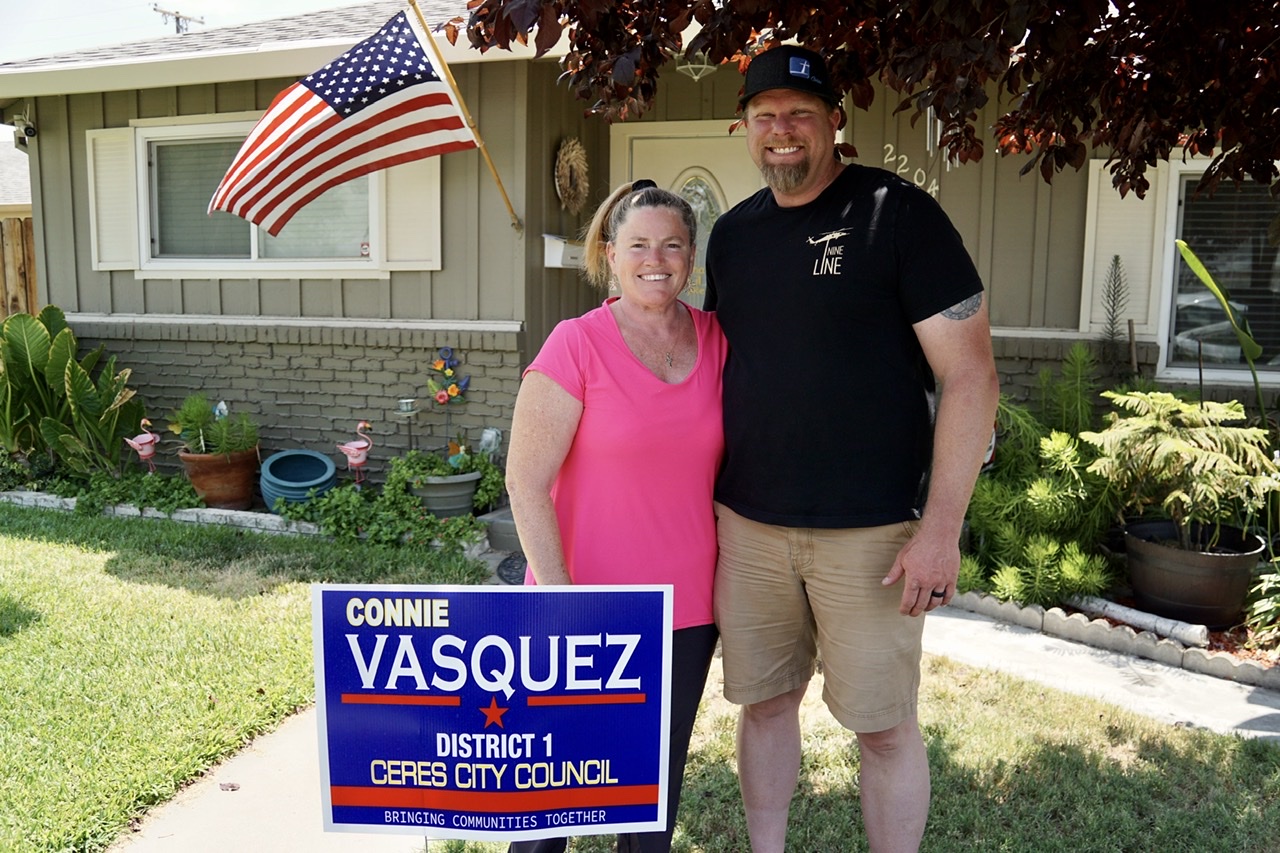 District one in the city of Ceres encompasses a substantial amount of the city’s life blood. The are reaches the commercial corridor through Hatch Road and part of Whitmore Avenue and all the residential neighborhoods in between up to River Road. It is also the area of the city with a high crime rate and visible homeless problems.

These are serious issues for any city, but specifically on the radar for a police department that has challenges with officer retention. They’re also topics that long time resident and city council hopeful Connie Vasquez hopes to bring to light if she’s elected.

“First responders, and the safety and well being of our children are my number one concerns,” Vasquez said. She is a 30-plus year resident of the city who worked in the dental field for 27 years and currently runs a daycare.

Ceres is the third largest city in the county. The police department is also the second lowest paid in the county according to Brian Petersen, the who is president of the police officer’s association. The association is supporting Vasquez in her run for the city council seat.

Because of declining city budgets, the SWAT team association holds an annual dinner fundraiser event to purchase or replace aging equipment essential to their jobs.

“Police officers shouldn’t have to do that,” Vasquez said of the fundraisers. “They deserve the support of the city and the community.”

It’s no secret that officer retention has been a serious issue for many agencies in recent years. Ceres in particular felt a serious loss of officers to neighboring agencies offering higher pay. The hopes are that more support in the council can in turn allow the department to offer more competitive wages to keep officers from leaving.

“I don’t want our officers leaving because they’re not getting paid enough,” Vasquez said.

“There’s nights where we have only a few officers working the entire city, but we’re able to hold things down,” Petersen said.

Naturally, the more serious incidents would occupy the officers pushing other priorities like theft down the list. Thefts along the Hatch Road corridor in businesses like Home Depot have been a common occurrence, with high dollar losses.

“How can someone walk out of the store with stuff like that? If the police department was strengthened, they’d be able to combat that a little easier,” Vasquez explained.

Petersen would also like to see the police department bounce back into a stronger agency. The department has had to lose specialized units like narcotic investigations, auto theft and others. He would like to see those return, along with education and engagement teams to tackle the homeless issue, and a community resource unit similar to what the Stanislaus County Sheriff’s Office has.

Vasquez agrees homelessness is a serious problem for the region, and Ceres is no exception to the issue. She believes it’s one that will require creative solutions and navigation.

“I have a heart for people and really want to help,” she said. “Some don’t want the help or they want to be left alone without any rules.”

Substance abuse and mental health issues historically are key components to the issue of homelessness. Vasquez believes that offering programs through community partnerships can be a deterrent and gateway to rehabilitation. She said education and engagement is a good way to plant a seed toward finding a caring solution toward the issue.

“Maybe something like a voucher system, where people can work for an amount of hours a day and receive a voucher. They can get socks or shoes or some food.”

Vasquez found the inspiration to run for the district one council seat through the support of her friends and family. She found the idea a good opportunity to get involved beyond volunteering. Change in the community in a positive direction is something she would like to get the ball rolling on.

“We need to bring the community together. We need to get involved. Things aren’t going to change for the better if we don’t stay involved.” 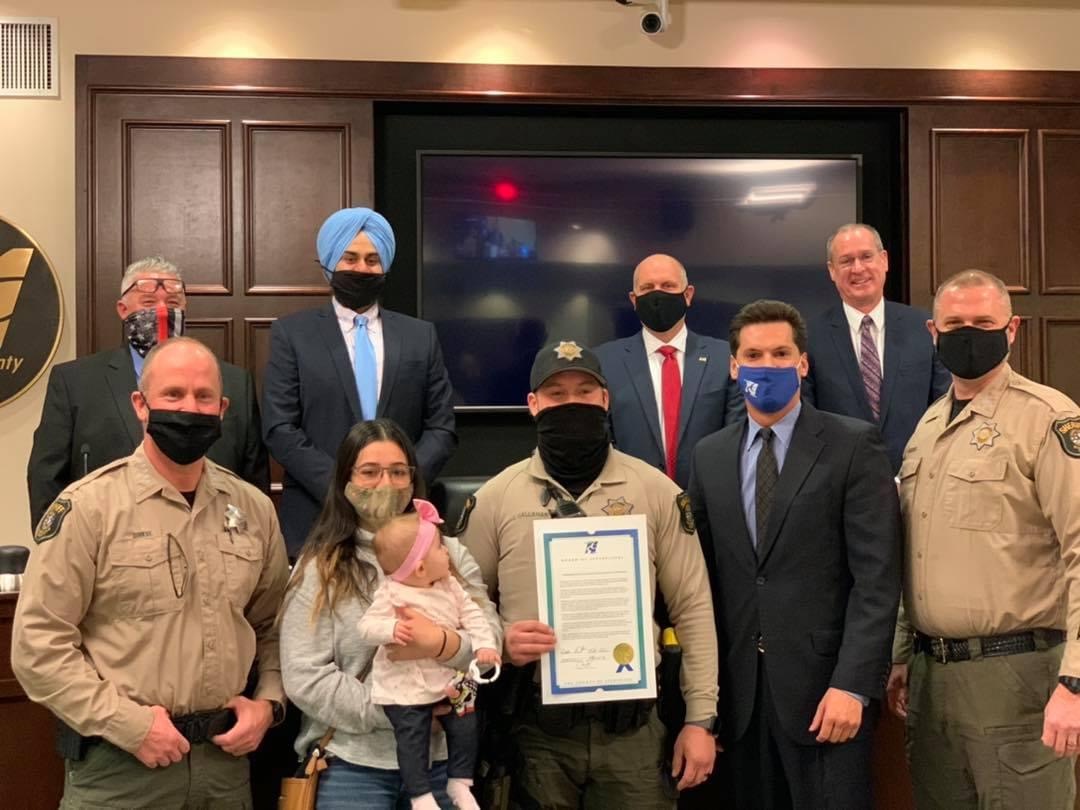 MODESTO – A deputy with the Stanislaus County Sheriff’s Office was recognized Tuesday morning for his efforts to help a baby who was struggling to breathe.

The incident happened on November 29th, 2020 in Patterson. At about 9:42pm the dispatch center received a call for help reporting a three week old child was having trouble breathing.

Deputy Callahan with the Stanislaus County Sheriff’s Office responded and arrived within one minute of the call. In a body worn camera video released by authorities, Deputy Callahan can be seen flipping the child over and patting the baby on the back.

Deputy Callahan was recognized with a life saving award from the Stanislaus County Board of Supervisors Tuesday morning. 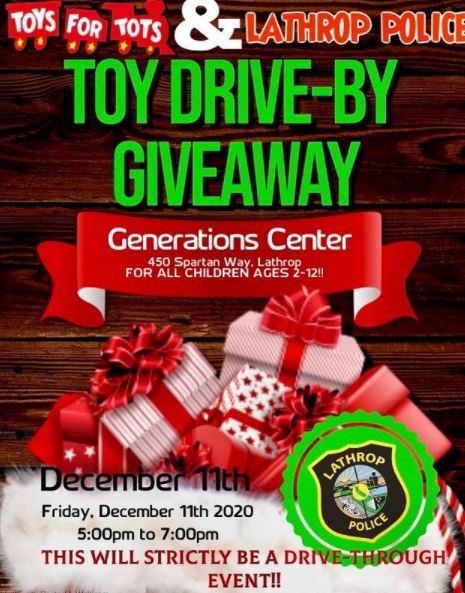 LATHROP – Holidays may look a little different this year due to the pandemic but that is not stopping Lathrop Police Services, a division of the San Joaquin County Sheriff’s Office, from bringing the joy of Christmas to children.

Lathrop Police Services will be giving toys away to children ages 2-12 on a first come first serve basis. The event will be from 5-7pm Friday December 11th at Generation Center located at 450 Spartan Way in Lathrop.

“We want to spread some hope and joy this holiday season while staying safe,” Deputy Alan Sanchez said through a press release. “We will be wearing gloves and a face mask. We have 100’s of toys to give away for FREE.”

Families will have the opportunity to drive their cars up to where the toys are given, children will be asked their age and if qualified, they will receive a toy. Getting out of the vehicle is not required.

Children will also get to see Santa, K-9’s and police officers. 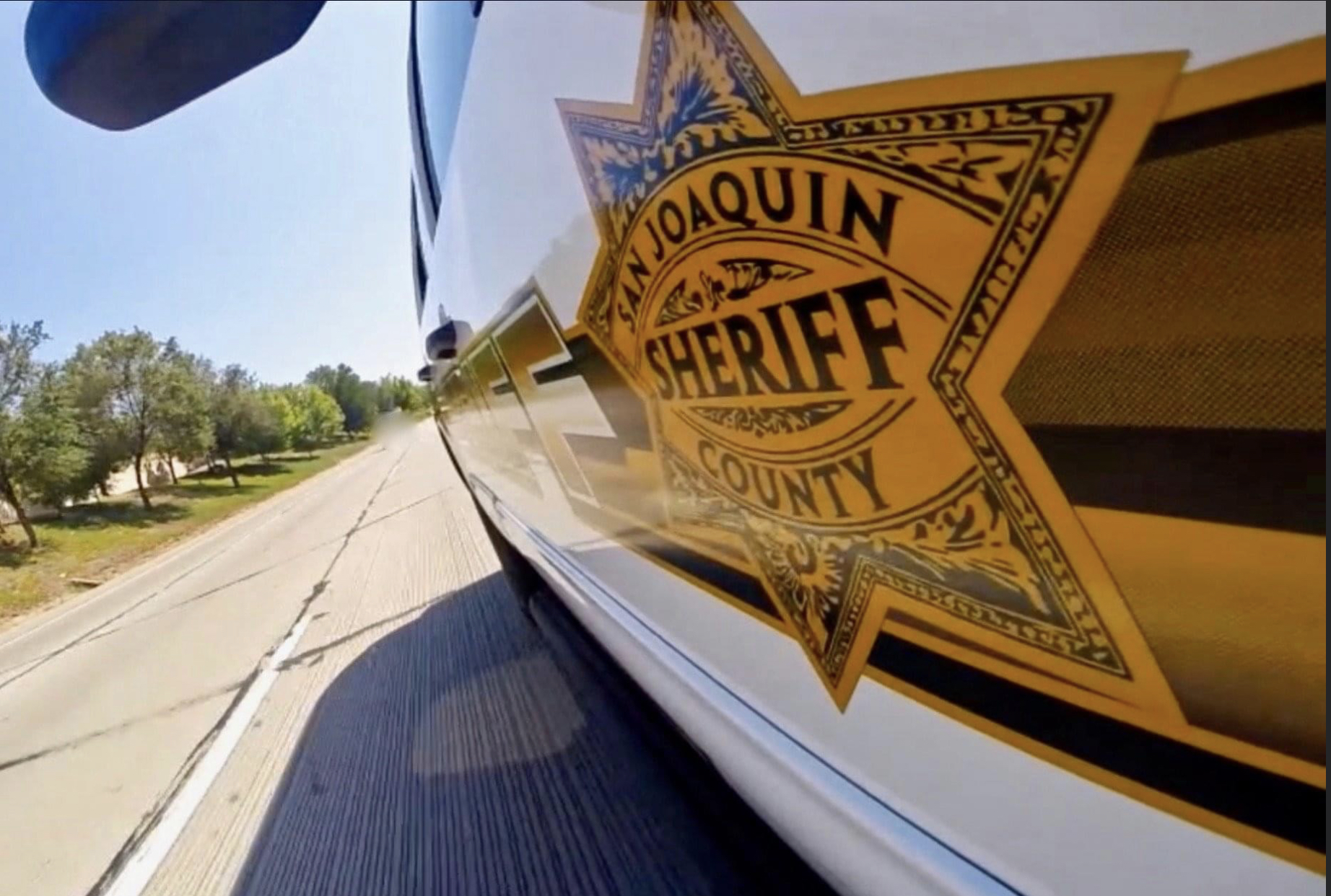 STOCKTON – The Stockton Unified School District Police and the San Joaquin County Sheriff’s Office have joined together to help families in need this Thanksgiving.

Both the Stockton Unified School District Police and the San Joaquin County Sheriffs Office will be collecting meal gift cards from 8 am to 10 am Monday, November 16th outside of Raley’s Supermarket in Stockton.

Due to COVID-19, meal gift cards from participating locations will only be accepted. They can be purchased from Raley’s, Save Mart, Safeway, Winco, Food 4 Less, KFC, Denny’s, or Popeye’s.

Donations by mail will also be accepted by the Admissions and Family Services Department at 1800 S. Sutter Street Stockton, CA 95215.

The deadline to make a donation has been extended until Thursday, November 19th at 8 am.