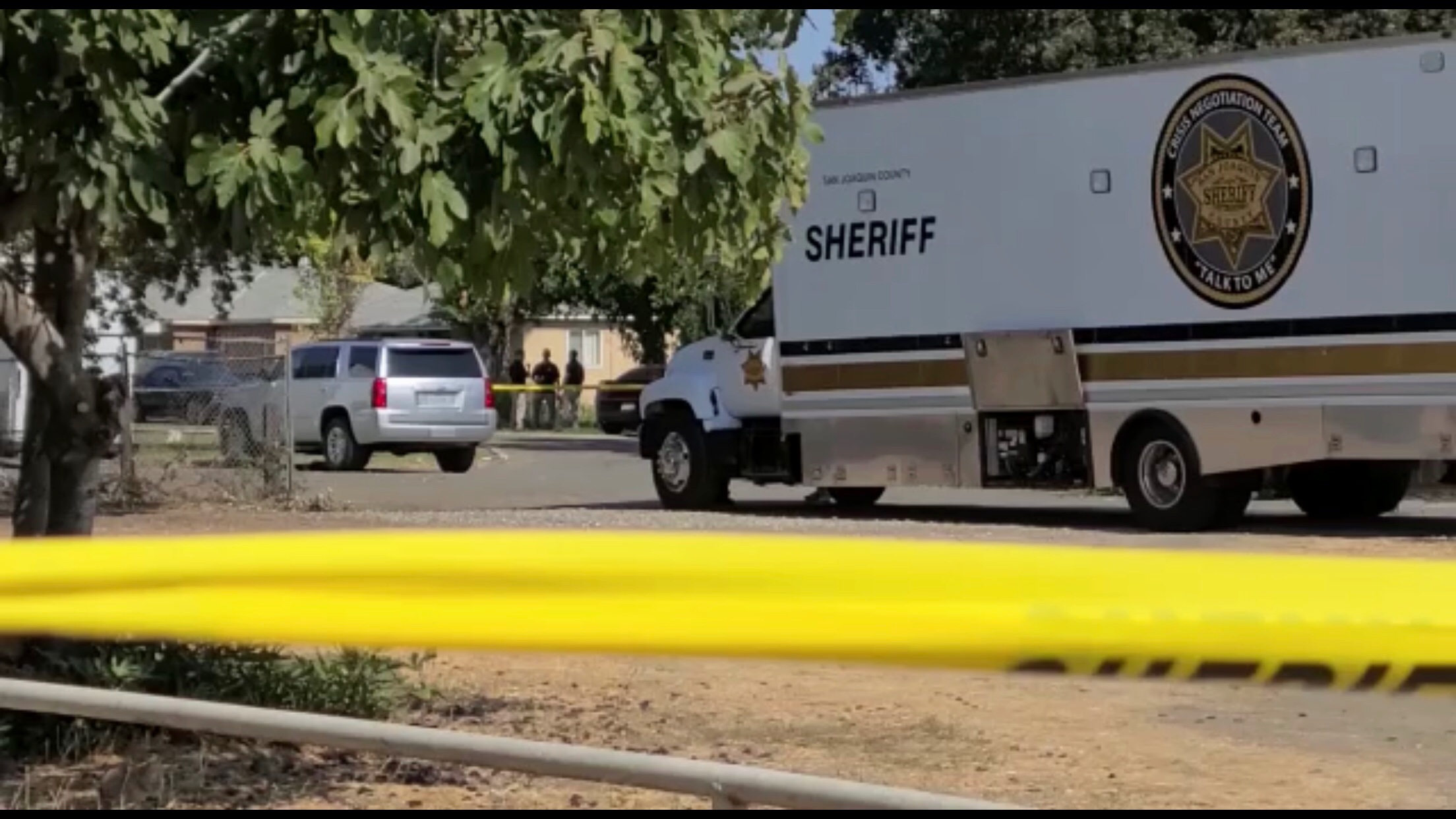 STOCKTON – D Angelo Webb, the 24 year old man wanted in a recent Amber Alert case in San Joaquin County, is now the suspect in the murder of the child’s mother.

Authorities with the Sheriff’s Office in San Joaquin County said the body of 24 year old Brandi Hornsby was found in a home on the 3900 block of East Fremont Street in Stockton. The area is east of Highway 99 just outside the city.

Authorities said Webb and Hornsby were in a dating relationship and had a 6 week old child together named Ggiana. Hornsby’s mother went to the address to check up on Brandi and was attacked by Webb. She suffered critical stabbing injuries and was taken to a hospital. Her condition has improved and was listed as stable Wednesday, according to officials.

Webb fled prior to deputies arriving at the scene with Ggiana, triggering an Amber Alert. The child was later dropped off at a relative’s house unharmed.

Webb is 5 feet 11 inches tall and weighs 180 pounds. He has black hair and brown eyes. Authorities say he is wanted for murder and attempted murder and should be considered armed and dangerous.

Webb is believed to be in a silver 2015 Chevrolet Equinox with California license plate 7KBE022.

Anyone with information regarding the whereabouts of D Angelo Webb is asked to not to contact him and call 911 immediately.