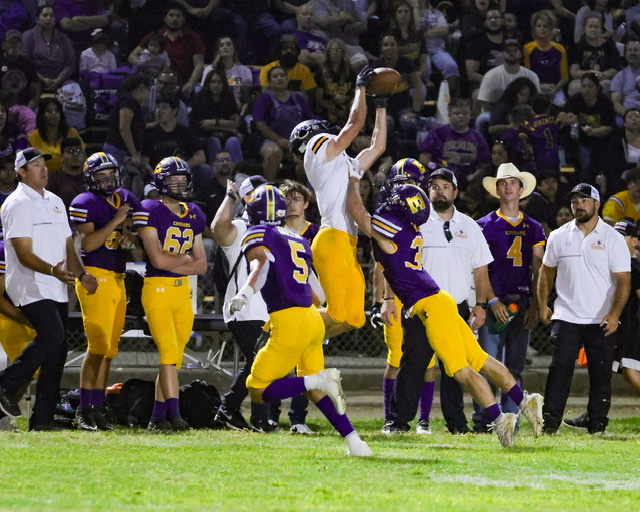 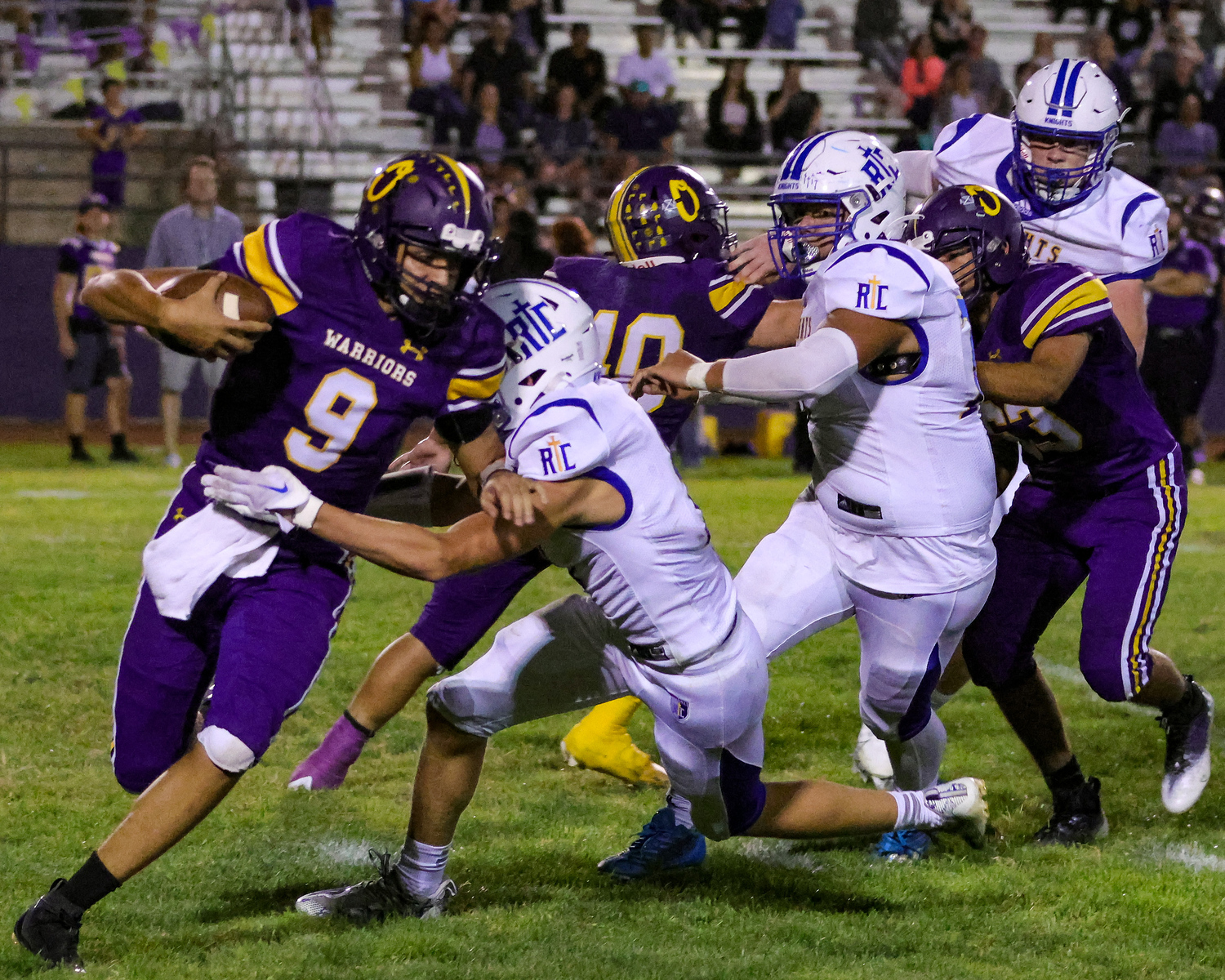 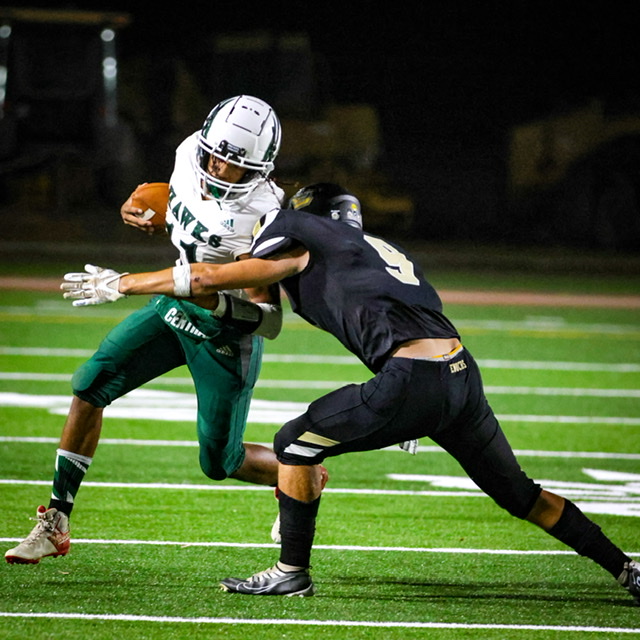 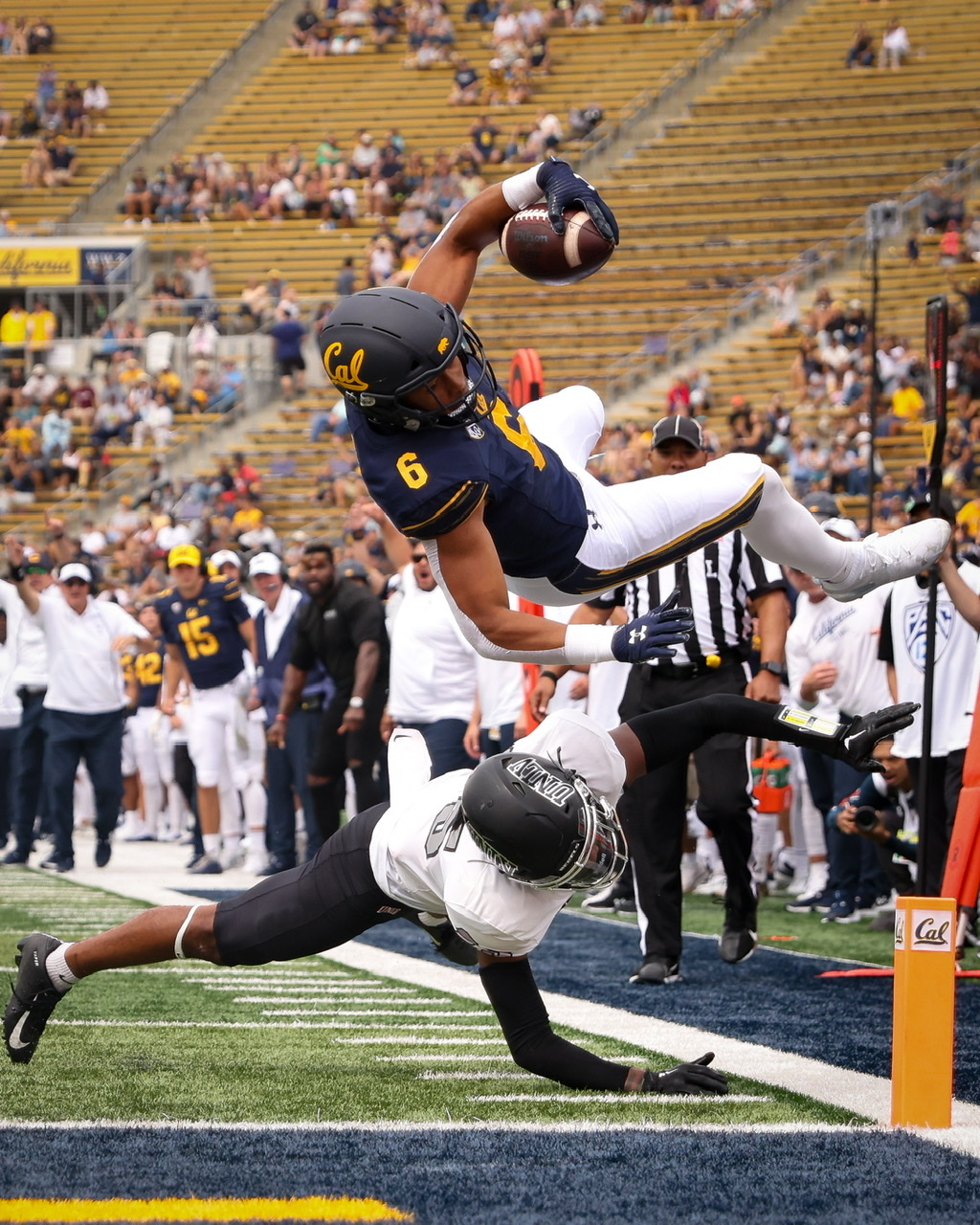 Cal RB Haydn Ott goes high in the air to score a TD during a game between Cal and UNLV. Cal won 20-14.

A big-play offensive attack, and a late-game defensive stand were just enough to allow the Golden Bears to take down an improved UNLV squad, 20-14 at FTX Stadium in Berkeley.

Ott capped the Bears first drive with a 2 yard dive, then followed that up by capping an 80-yard drive with a 12 yard reception from Bears QB Jack Plummer that saw Ott soar over a would be tackler as he crossed the goal line. That staked the Golden Bears to a 14-0 lead they were able to keep, despite several key mistakes in all 3 phases. including allowing a successful onside kick attempt just after UNLV had cut the lead 20-14.

The Bears were rescued late by their defense, which was finally able to turn up the heat on sophomore QB Doug Brumfield, leading to two sacks and a game-ending interception by Cal junior CB Isaiah Young on UNLV’s last possession.

With a successful defense of their first two home contests, next week will see the Bears take a major step up in competition, as they hit the road to play 8th-ranked Notre Dame Fighting Irish. Game-time in South Bend is set for 11:30AM West Coast time. The Bears next home game will be in 2 weeks against Arizona.