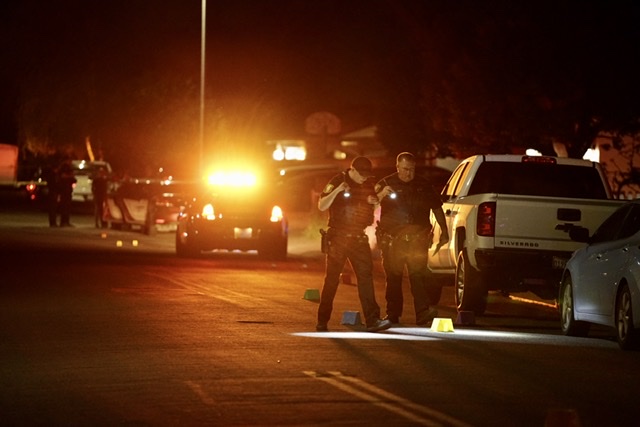 WOODBRIDGE – A drive by shooting sent two people to the hospital Friday morning.

Shortly after midnight deputies with the San Joaquin County Sheriff’s Office responded to the 19000 block of Triolo Street just south of Woodbridge Road for a report of a shooting.

Early reports indicate two 19 year old men were injured in a drive by shooting. Two ambulances responded to provide care and transport the victims to a hospital, however the extent of their injuries was unclear.

Triolo Street was closed off as deputies examined the area and gathered evidence.

Anyone with information regarding this case is encouraged to contact the San Joaquin County Sheriff’s Office.