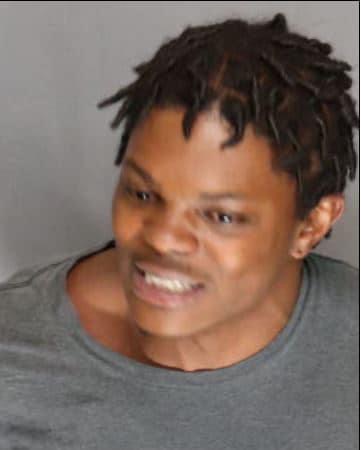 At about 10:00pm authorities received a report of a person stabbed near the 3900 block of East Fremont Street. Arriving deputies found a female victim with critical stabbing injuries. The victim was rushed to a hospital by ambulance for care.

Investigating deputies discovered a child and 24 year old woman were missing. They were believed to be with the suspect who fled before deputies arrived.

An Amber Alert was issued, and the child was found safe within a short time. The suspect was not located and was believed to have fled in the victim’s silver 2015 Chevrolet Equinox. The license plate is California 7KBE022.

D Angelo Webb is believed to be armed with a knife.

Anyone with information regarding this case is encouraged to call the San Joaquin County Sheriff’s Office or Crime Stoppers at (209) 946-0600 where callers can remain anonymous.