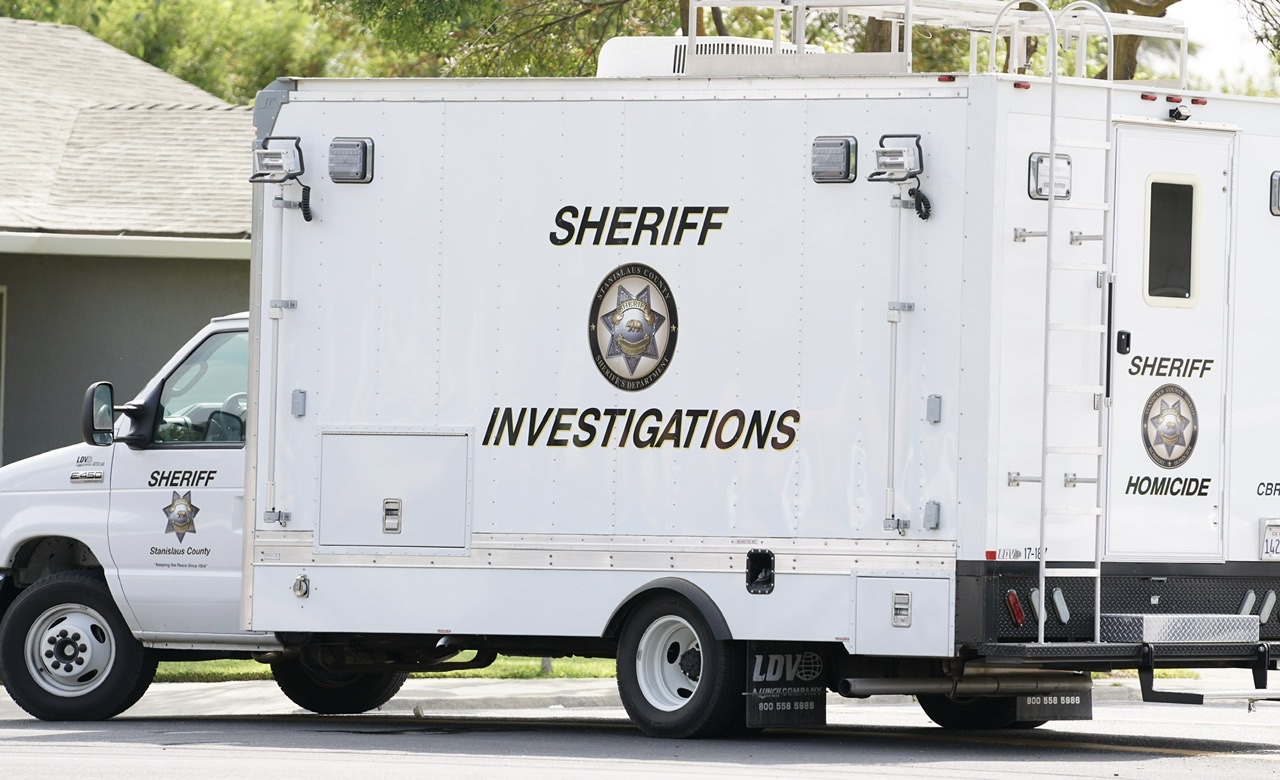 MODESTO – Authorities are investigating a burglary incident that turned into a shooting Sunday morning.

Deputies with the Stanislaus County Sheriff’s Office responded to the 800 block of Business Park Drive shortly before 5:00am for a report of a silent burglary alarm. Arriving deputies located a man in his 40’s outside of a building.

Deputies made contact with the man and struggled with him while taking him into custody. During the struggle, shots were fired, striking the suspect.

Authorities say the suspect was armed with a hatchet, and two deputies sustained injuries. Deputies provided aid to the suspect, who was rushed to a hospital by ambulance where he died.

Both deputies were also treated at a hospital and later released.

Officials said the deputies will be assigned to administrative duties while an investigation is conducted. The District Attorney’s Office also conducts their own investigation into the circumstances surrounding the incident.

Anyone with information regarding this case is encouraged to contact Detective Esquivez at (209) 567-4466.