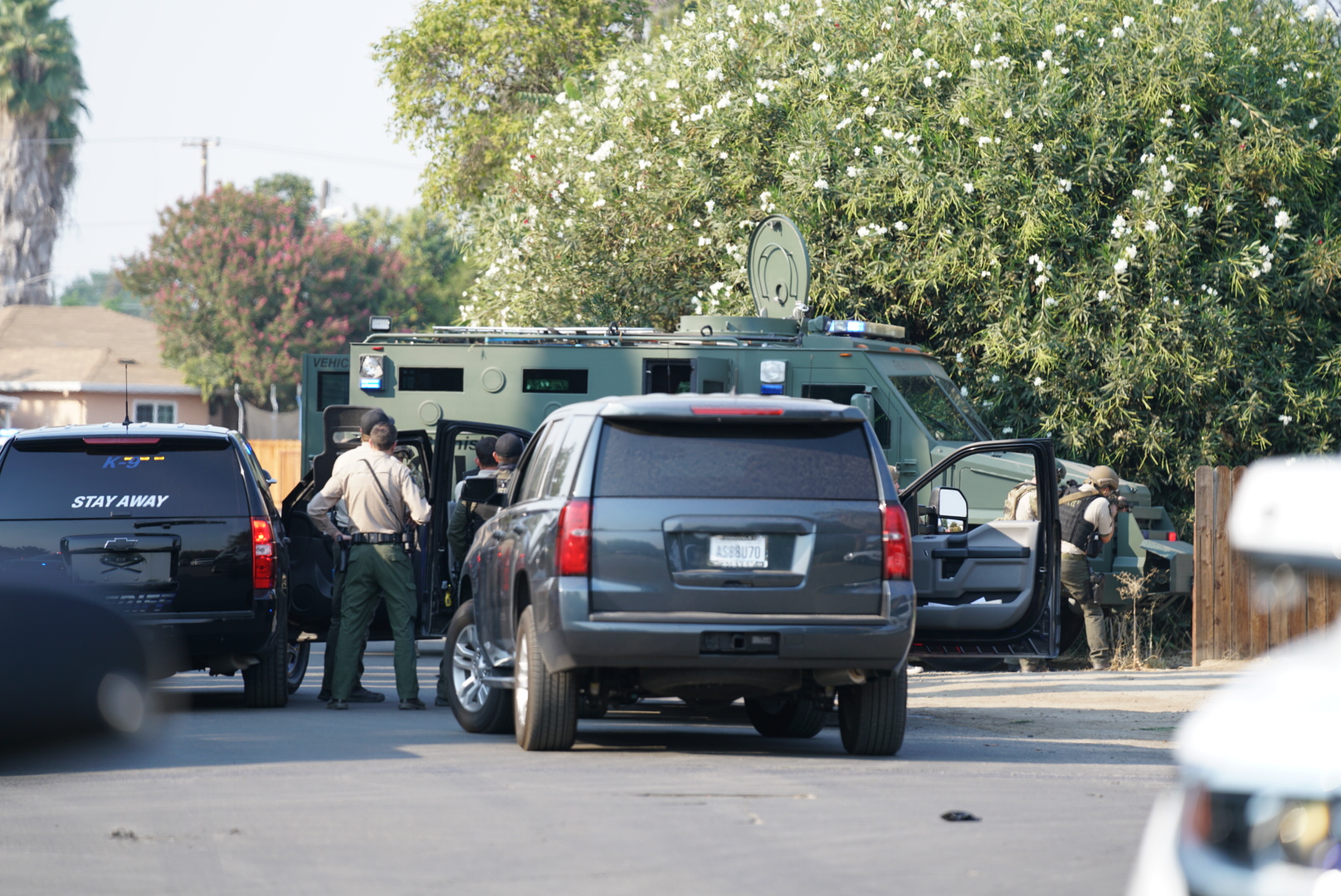 MODESTO – Authorities apprehended a suspect Saturday afternoon after a report of a shooting in West Modesto.

Deputies with the Stanislaus County Sheriff’s Office responded to the area of Lombardy Drive and Ritsch Court to investigate the shooting. When deputies arrived, the suspect had fled the area.

A perimeter was established as the suspect was seen fleeing through the neighborhood. He was captured shortly before 5:00pm a few streets west of where the shooting occurred.

A resident near the area where the suspect was captured said the shooter ran to his door where he confronted his aunt, asking to be let in. He tried to force the door open, but the aunt closed him out.

Authorities utilized a K-9, and armored vehicle and the SWAT team to locate the suspect.

At time of publication there was no information available regarding a victim or their condition.

Related Topics:sheriffshootingstanislaus county
Up Next

Actor Chadwick Boseman Passes Away at 43