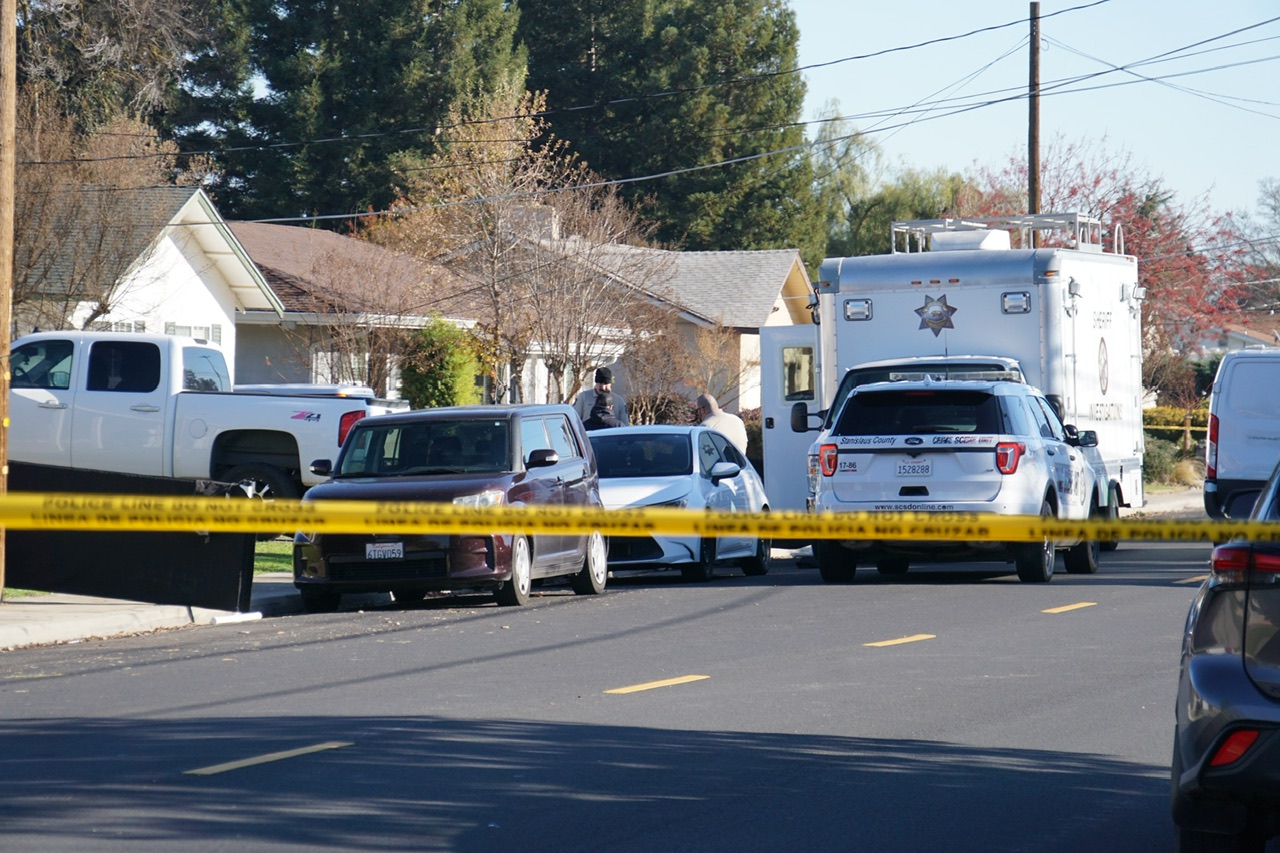 WATERFORD – A man who fired a gun inside of a home and then again outside as deputies responded to investigate was fatally shot early Tuesday morning.

Shortly before 3:30am deputies responded to the 13000 block of Bentley Street near Tim Bell Road in Waterford for a report of a gunshot that came from inside of a home. Authorities say one of the residents inside called 911 to report that a room mate, identified as 27 year old Bradly Locklin, fired a gun inside the home for unknown reasons. The caller also said several other people were in the home, some of them hiding inside of a bedroom.

Responding deputies worked to plan an escape for the residents, but not all of them felt safe exiting the home. Officials said attempts were made to reach Locklin by telephone and also by using a PA system but they received no response.

At about 4:16am officials said Locklin exited the home through the front door armed with a gun and fired at least one shot. As he began walking back to the home a deputy fired on round, hitting Locklin.

Andrew Everett who lives nearby with his grandparents was awaken by the commotion.

“I looked out the window and saw a crowd of cops,” he said as he gestured toward the home. “Riot shields and everything, walking right up to that door.”

Everett didn’t see too much after that, but said he saw deputies carry locklin out from the home. Deputies and medics began to perform aid to Locklin, but he died at the scene.

Several adults were found unharmed inside the home by deputies as they entered to make sure no one else was hurt. No deputies were injured during the incident as well.

A multi-agency investigation was launched including involvement from the Major Crimes Unit, the Office of the District Attorney, as well as Internal Affairs. The involved deputy was placed on paid administrative leave per department policy.

Anyone with information regarding this incident is asked to contact Detective Rodriguez at (209) 525-7117 or Crime Stoppers at (209) 521-4636 where callers can remain anonymous.