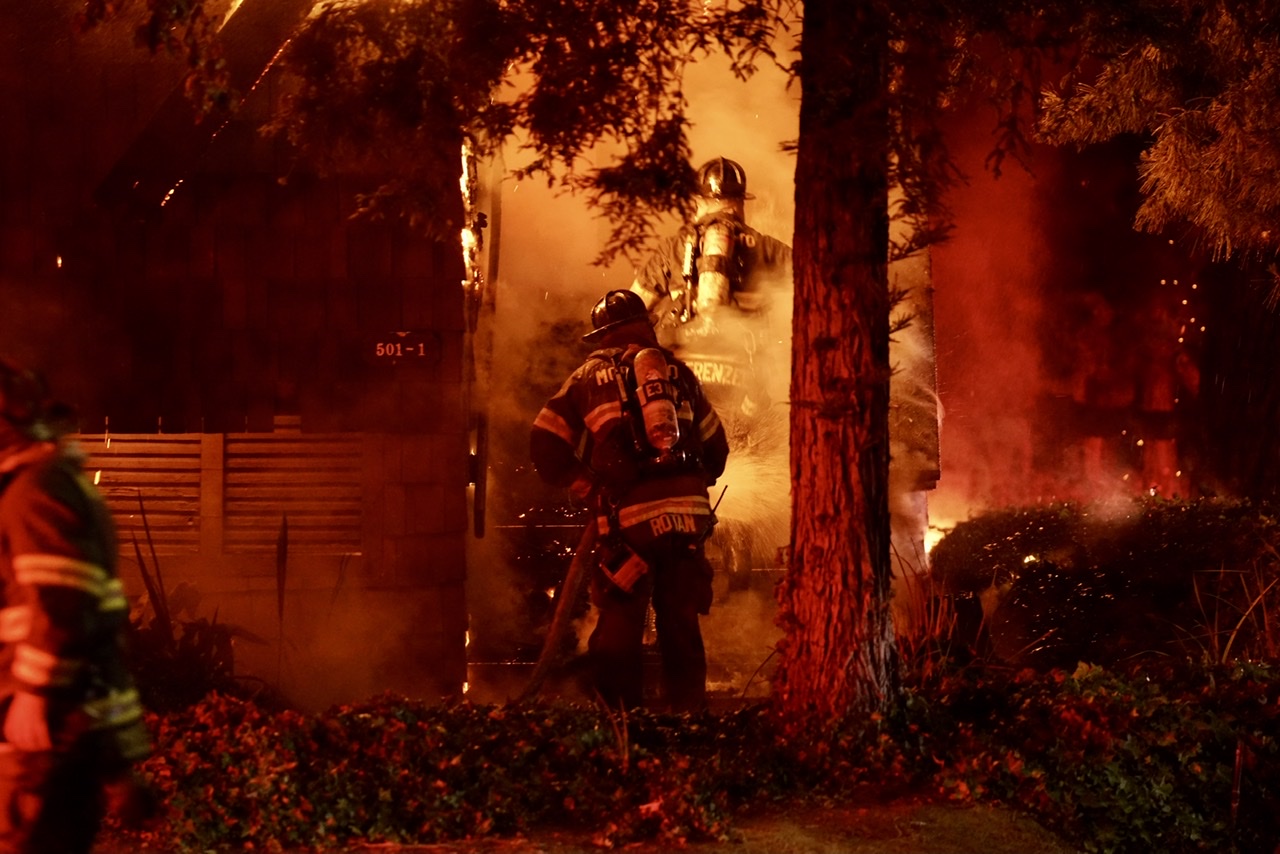 At about 1:45am firefighters received a report of a fire near the area of Scenic Drive and Rose Avenue.

Arriving fire crews encountered heavy smoke and fire conditions from two story townhomes at the intersection. Firefighters quickly worked to attempt to control the flames from spreading. A second alarm was called to bring additional resources to the scene.

One person appeared to have suffered injuries and was guided to an ambulance for care. The flames were controlled in about an hour, as smoke drifted across downtown Modesto.

Firefighters from Modesto, Ceres and Stanislaus Consolidated Fire Protection District all responded to the scene. An investigator also responded to determine the cause and origin of the fire. A damage estimate was not available Saturday morning.

Child Struck By Vehicle in Modesto