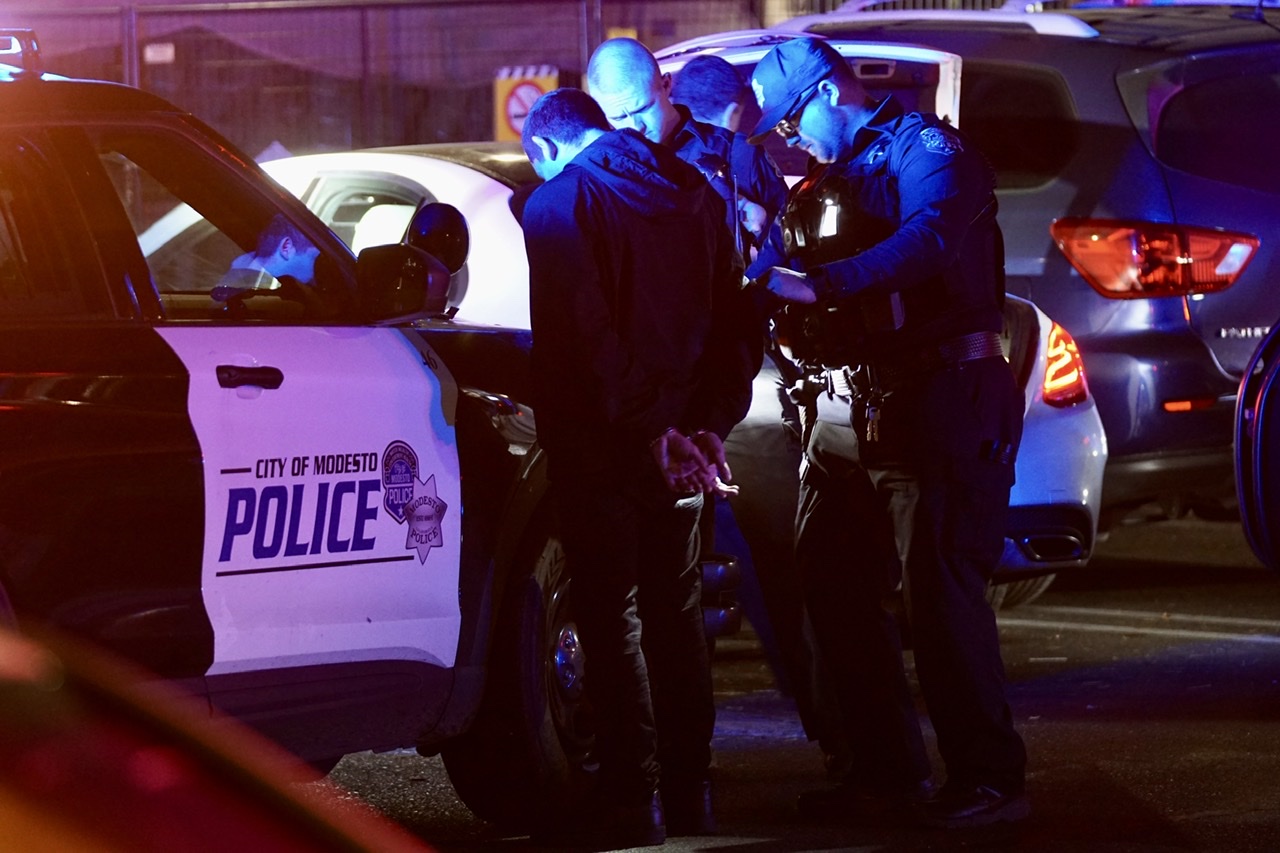 MODESTO – A man suspected of injuring a woman during a shooting in September was arrested by police Monday night.

On September 8th, police responded to a report of a person shot in a parking lot near the intersection of Standiford Avenue and Prescott Road. The suspect had been in a verbal argument with people at a business when security asked him to leave. The suspect left, but drove back through and opened fire toward the people he had been arguing with.

A woman was struck in the foot and suffered a graze wound according to police spokeswoman Sharon Bear. The victim declined treatment for the injury.

During the course of the investigation, police obtained an arrest warrant for 30-year-old Tomas Garcia. Police officers were able to locate him leaving a business Monday night near Crows Landing and Hatch Roads.

Police surrounded Garcia’s vehicle as he stopped in a Home Depot parking lot in Ceres shortly before 10:00pm. He was taken into custody without incident and found to be in possession of a firearm.

Garcia was charged with carrying a loaded firearm, discharge of a firearm, and assault with a firearm.