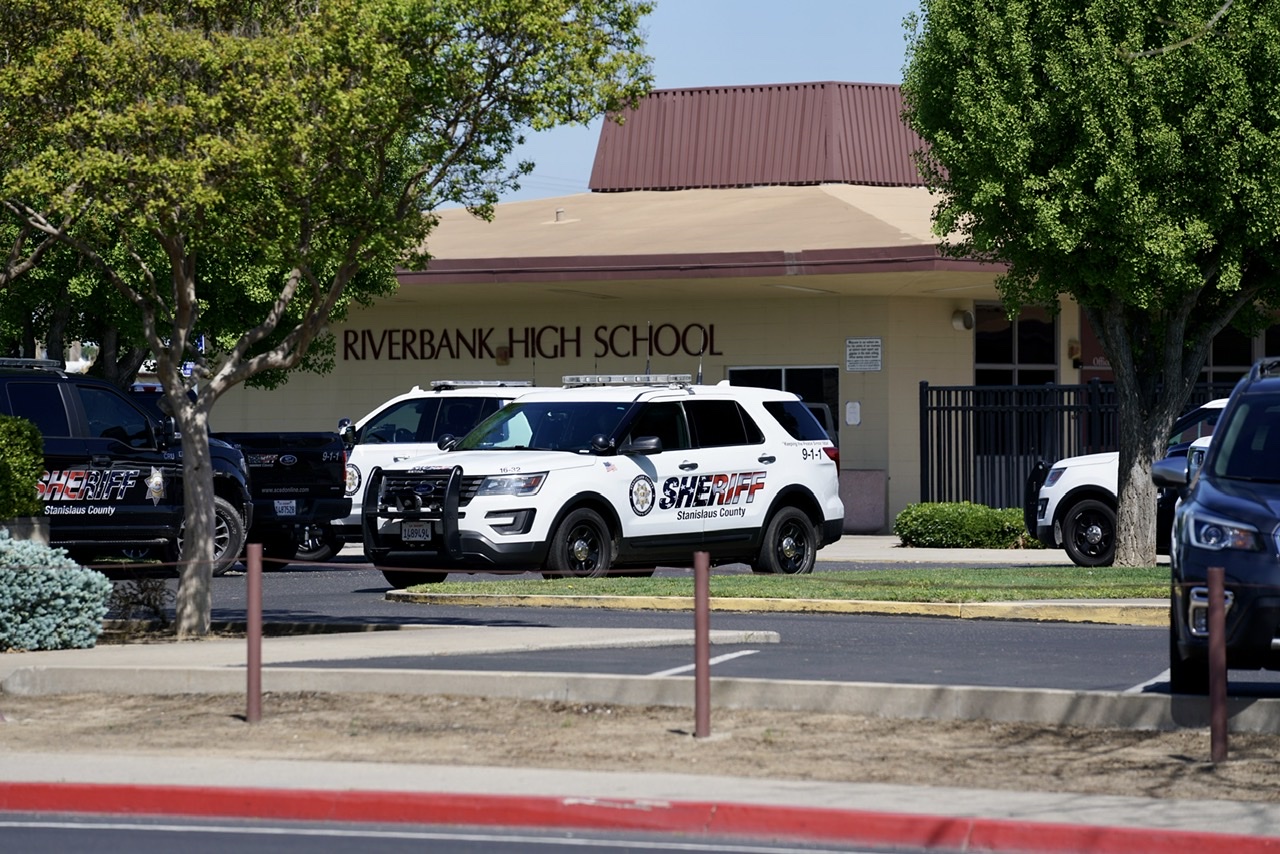 RIVERBANK – Two schools were placed on lockdown after a threat was found written on a bathroom wall Friday afternoon.

Deputies with the Stanislaus County Sheriff’s Office responded to Riverbank High School after a threatening message was found written on the wall of a bathroom stall.

One mother who waited outside for her son to be released from the high school shared a photo that was sent to her through a message from her son. The message read “I’m shooting this school up at lunch Be Ready” with a smiley face drawn below.

The woman said her son was frustrated with the situation, but she understood that authorities had to take it serious.

Several patrol cars were parked in front of and around the school while deputies worked to ensure there was no threat on campus.

Meanwhile down the road at California Avenue Elementary School, dozens of parents stood outside waiting to pick up their children. Deputies were also present at the school, one using a loud speaker to announce which classes were being released in both English and Spanish.

In a social media post authorities said all threats were unfounded, and many of the rumors were circulated by students.

“Please know we are working diligently to investigate any threats and to ensure the safety of our community,” the post said.

Anyone with information regarding this case is encouraged to contact the Stanislaus County Sheriff’s Office, or Crime Stoppers at (209) 521-4636 where callers can remain anonymous.