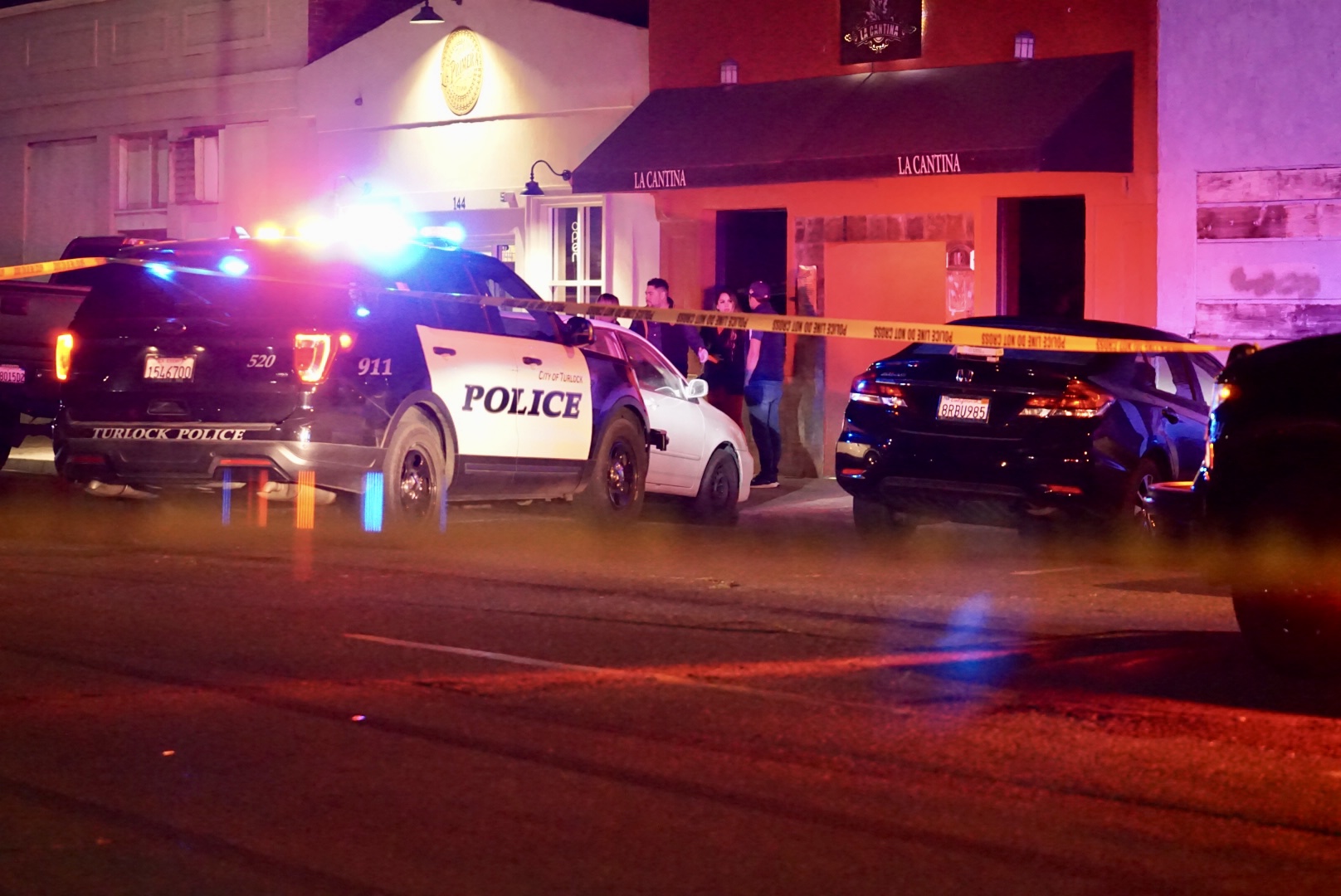 At about 2:00am an officer heard gunshots. Several 911 calls were then made about a shooting that occurred on the 100 block of South First Street.

In total, seven victims were found suffering from gunshot wounds. All of them were expected to survive their injuries.

South First Street was closed by crime scene tape as investigators responded to the scene. Several casings were marked off as evidence in the roadway. Clothing items were strewn on the sidewalk where first responders tended to the victims. A red SUV had its windows shattered from the gunfire.

No suspect information or motive was available, police however said the incident was actively under investigation by detectives.

Anyone with information regarding this case is encouraged to contact the Turlock Police Department at (209) 668-5550 or Crime Stoppers at (209) 521-4636 where callers can remain anonymous.