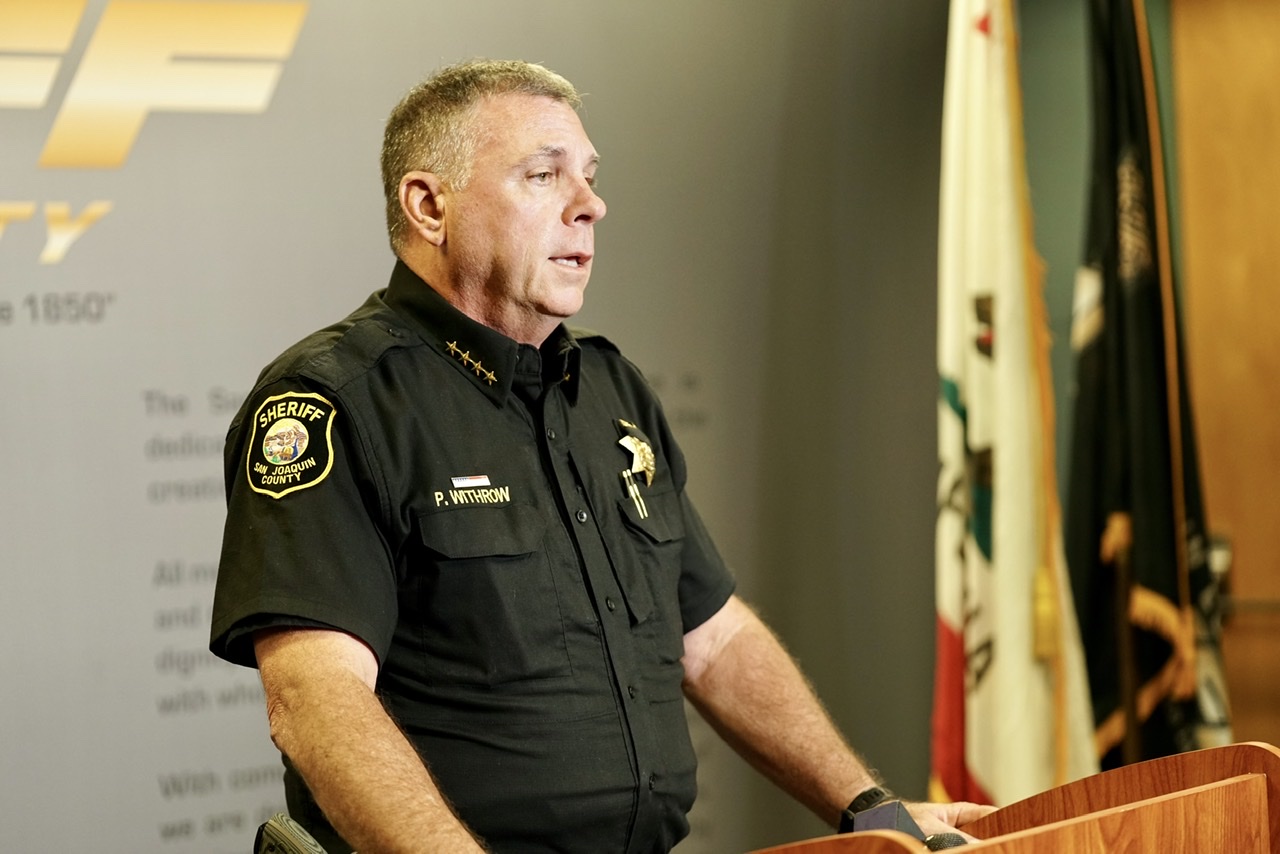 FRENCH CAMP – A person of interest in a Monday morning homicide was apprehended following a cross-county crime spree, officials said.

At about 10:40am deputies with the San Joaquin County Sheriff’s Office responded to a home on the 13000 block of Talc Street for a report of a shooting. Arriving officials found an adult male in the upstairs area of the home suffering from multiple gunshot wounds. The victim died at the scene.

During a press conference Monday afternoon, Sheriff Pat Withrow said the person of interest fled in a vehicle that he later hid about a mile and a half away. He then carjacked a citizen for their vehicle and left the area.

About thirty minutes later, a tire blew out on the carjacked vehicle. The person of interest abandoned that vehicle in Ripon near the truck stops and carjacked a second person for their pickup truck.

Allied agencies were notified, and authorities later caught up to the suspect on Highway 120. California Highway Patrol Officers and agents with the Stanislaus County Auto Theft Taskforce were able to stop and detain him. They were transported to the San Joaquin County Sheriff’s Office to be interviewed by detectives.

Sheriff Withrow credited the partnerships and work by allied agencies in locating the person of interest.

“Had it not been for that, this could have turned into a longer manhunt,” he said.