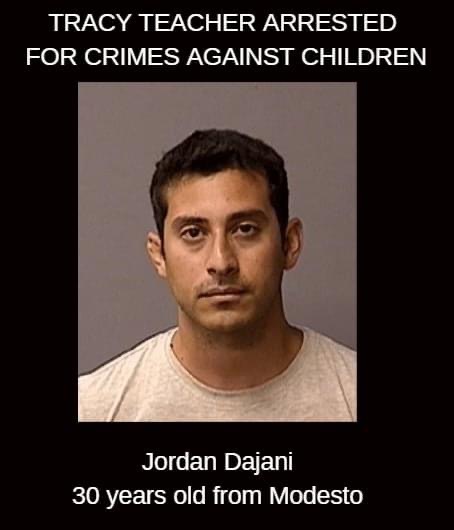 TRACY – Police detectives arrested a Modesto man following an investigation alleging inappropriate relationships with students while he worked as a teacher.

A school resource officer at West High School and a crimes against children detective with the Tracy Police Department launched the investigation after receiving information that a teacher was involved in an inappropriate relationship with a student.

According to a release from the Tracy Police Department, the teacher, identified as 30 year old Jordan Musa Dajani of Modesto, was placed on administrative leave by the Tracy Unified School District. The investigation began April 25th.

Dajani was arrested when it was discovered he was involved in an inappropriate relationship with two underage students. One of the students was from West High School and the other was from Grace Davis High School in Modesto. A third relationship was revealed to authorities, however that student was an adult, according to police.

Vehicle of Interest Sought in Homicide of Door Dash Driver