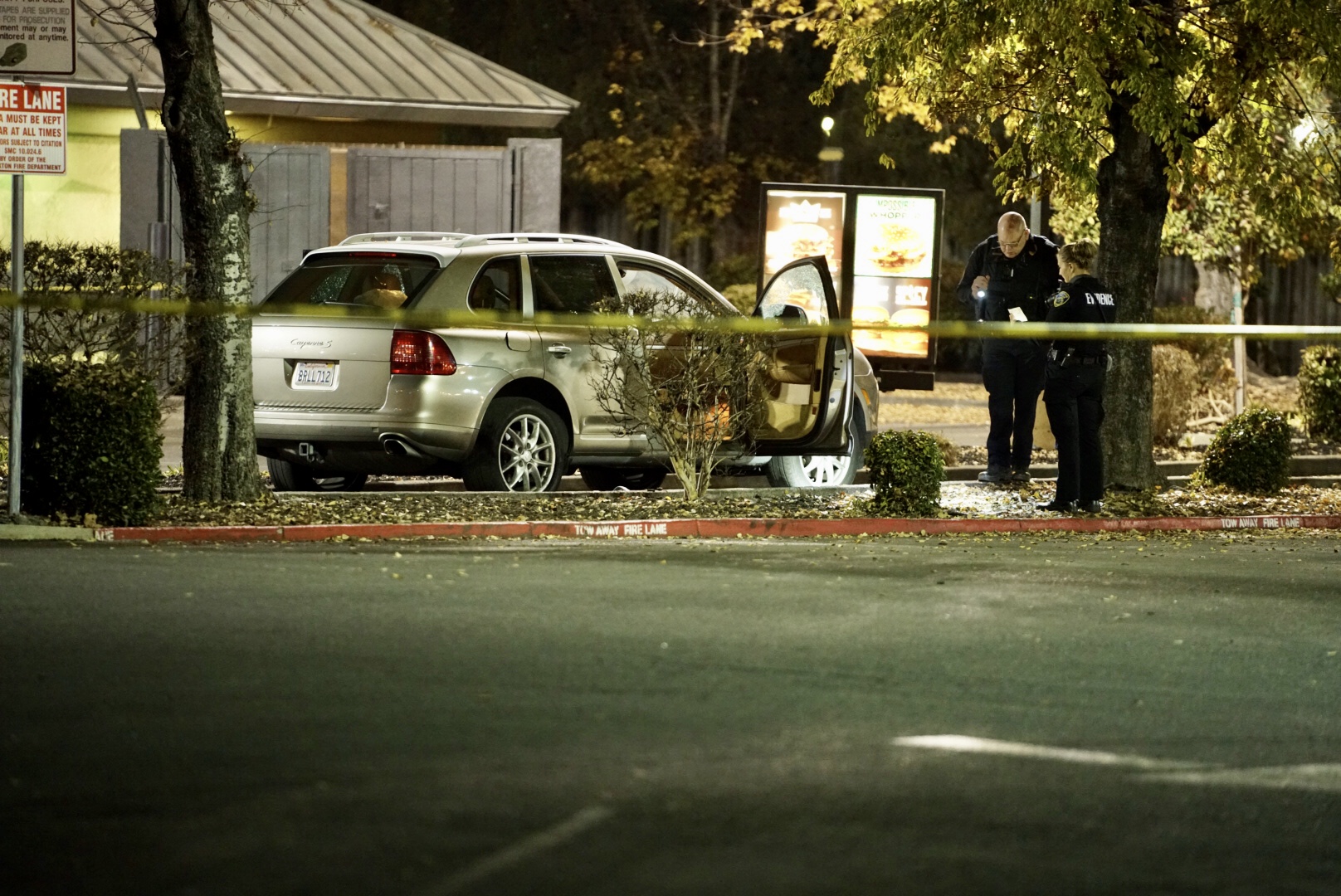 STOCKTON – Police investigated a shooting Friday afternoon in a busy shopping center that claimed the life of a 15 year old boy.

Shortly before 4:00pm, police responded to a report of a shooting near the area of Wilson Way and East Park Street. A woman and her 15 year old son were in a fast-food drive-thru when a suspect or suspects approached and fired a gun several times into their vehicle.

The teen was rushed to a hospital for care, but died from his injuries. The boy’s mother was apparently unharmed.

A large part of the Eastland Plaza was taped off as a crime scene. Investigators examined the area and documented evidence. A Porsche SUV remained parked in the drive-thru for several hours with broken windows, presumably where the suspect(s) had opened fire.

Officer Joseph Silva, spokesman for the Stockton Police Department, said the shopping center would have been heavily populated at the time of the shooting. He described the crime as a “bold act committed by cowards with guns.”

“We heard a sound, like someone was pounding on our door,” an employee of a business in the shopping center explained. The employee spoke on condition of anonymity. “The second noise got our attention and everyone’s heads turned. That’s when we realized it was gun shots.”

Others in the shopping center who were curious about what happened could not make sense of the crime.

Authorities were not sure of a motive, but did not believe the shooting was random. Officials believe there were several witnesses and are encouraging them to come forward with information, anonymously if necessary.