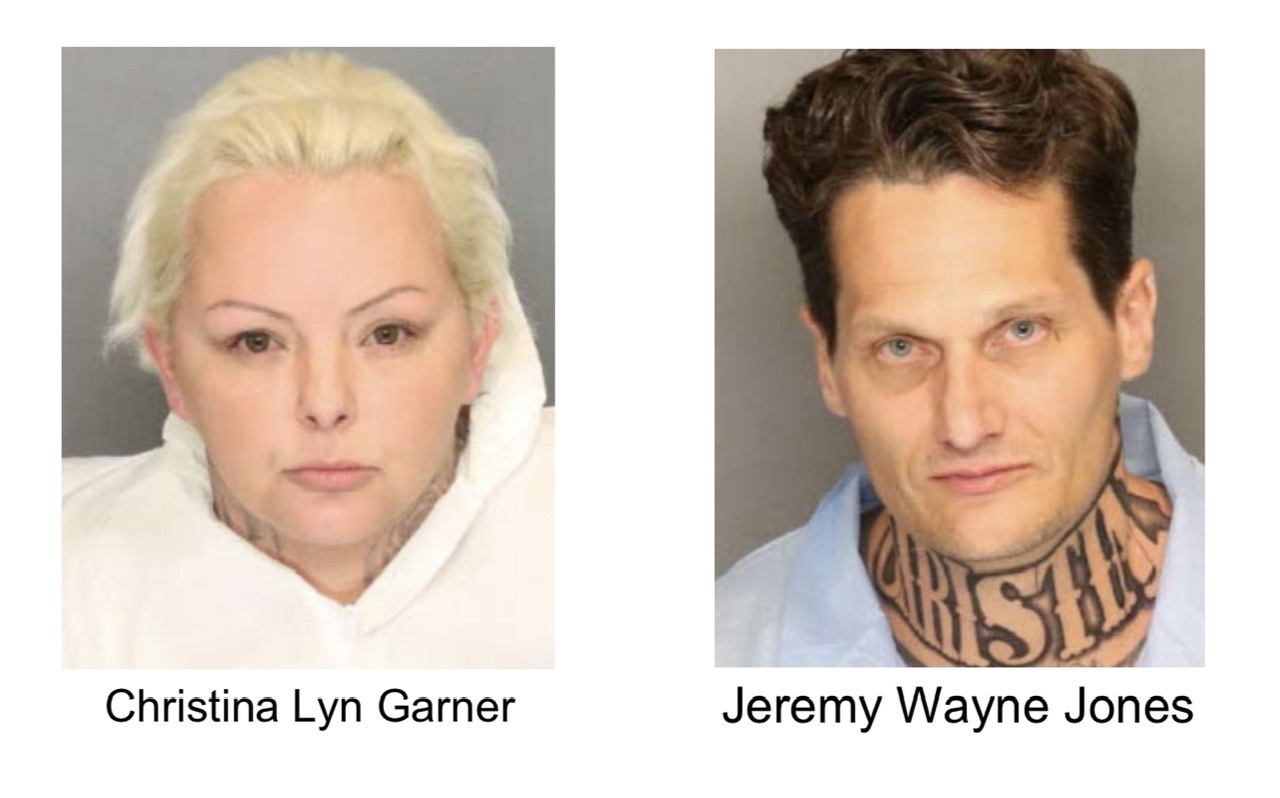 STOCKTON – Two suspects appearing in court Friday afternoon in relation to this week’s homicide in Tracy were also charged with the special circumstance of hate crime, officials said.

Co-defendants Christina Lyn Garner and Jeremy Wayne Jones were arraigned in San Joaquin Superior Court on murder charges with the special circumstance alleging the victim was intentionally killed because of his race, color, religion, nationality, or country of origin, according to a press release from the San Joaquin County District Attorney’s Office. A third defendant, 58 year old Christopher Dimenco, was arraigned on an accessory charge.

On Tuesday night police were called to the Chevron gas station on North Tracy Boulevard for a report of a person shot. Arriving officers found the victim, identified as 30 year old Justin Peoples of Stockton, suffering from a gunshot wound and multiple stab wounds. The investigation led Tracy Police Special Investigations and Special Enforcement teams to Garner and Jones who were taken into custody the following morning on De Ovan Avenue in Stockton.

“There is no room for hate in our community. No one should be victimized because of their race, ethnicity, sexual orientation, or religion” said Tori Verber Salazar, San Joaquin County District Attorney.

“These types of crimes are reprehensible and my administration will prosecute to the fullest extent of the law to hold those who perpetuate hate accountable,” she said in a press release.

“There is no room for hate for Tracy or anywhere,” said Chief Sekou Millington of the Tracy Police Department.

“When community members are victims of crimes related to hate, we will use our resources to bring those responsible to justice.”

The defendants are expected to appear in court before Judge Ronald Northrup on April 4th for further arraignment.