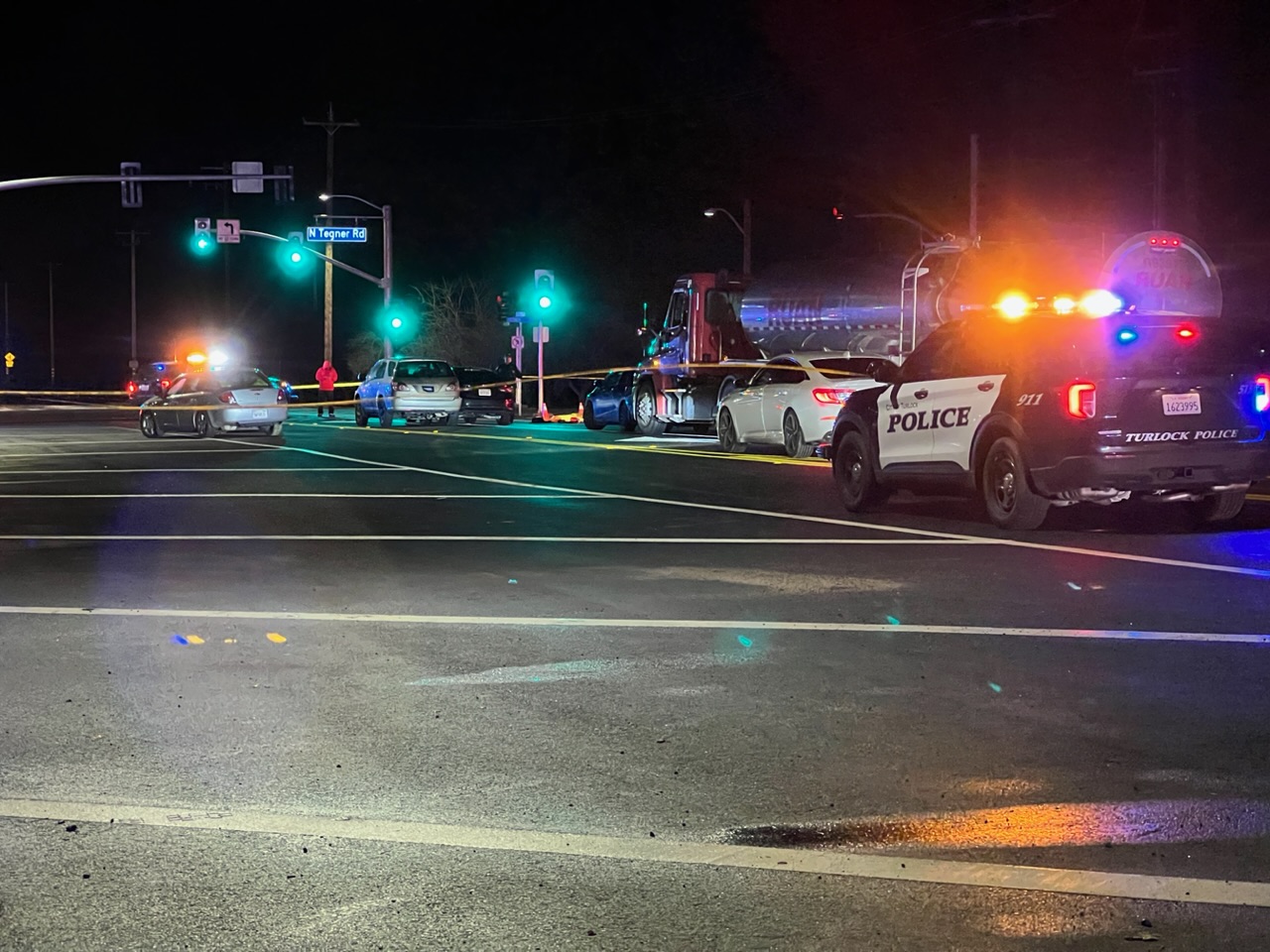 TURLOCK – A 20 year old Tracy man was killed in a shooting during a sideshow in Turlock late Friday night that ended with a pursuit and vehicle collisions.

Authorities said officers responded to a sideshow in the area of South Avenue and Orange Street shortly before midnight. A sideshow is a gathering of several vehicles that often perform burnouts and donuts in roadways and intersections. The events sometimes draw large amounts of vehicles and spectators.

A press release from the Turlock Police Department indicated that participants involved in the sideshow began pointing lasers. Deputies from the Stanislaus County Sheriff’s Office and the Air Support Unit also responded to assist.

Deputies attempted to stop several vehicles involved in the sideshow, but at least two vehicles fled from authorities. The resulting pursuits ended in at least one vehicle collision. California Highway Patrol Officers responded to assist in investigating the collisions.

Shortly after 1:00am the Sheriff Air Support Unit reported the vehicles involved in the sideshow began to meet at the intersection of Fulkerth and Tegner Roads. Officers responding to the area reported hearing gunfire. They moved into the crowd as vehicles fled. Two victims were found suffering from gunshot wounds, one critically. Officers began providing aid to that victim as medics responded but he died at the scene. He was identified only as a 20 year old man from Tracy. The second victim was transported by ambulance to a hospital and is expected to survive.

The Sheriff Helicopter then located a vehicle fleeing from deputies that later crashed on Taylor and Gratton Roads during a pursuit. The extent of their involvement was unclear Saturday afternoon.

During all of this, a shooting victim arrived at a local hospital. The victim claimed the shooting happened elsewhere. Authorities have yet to determine if there is any connection to the fatal shooting at the sideshow.

Investigators responded to examine the scene for evidence and interview witnesses, a process that lasted eight hours. They believe the shooting began as an altercation beginning between two individuals and not a random act of violence.