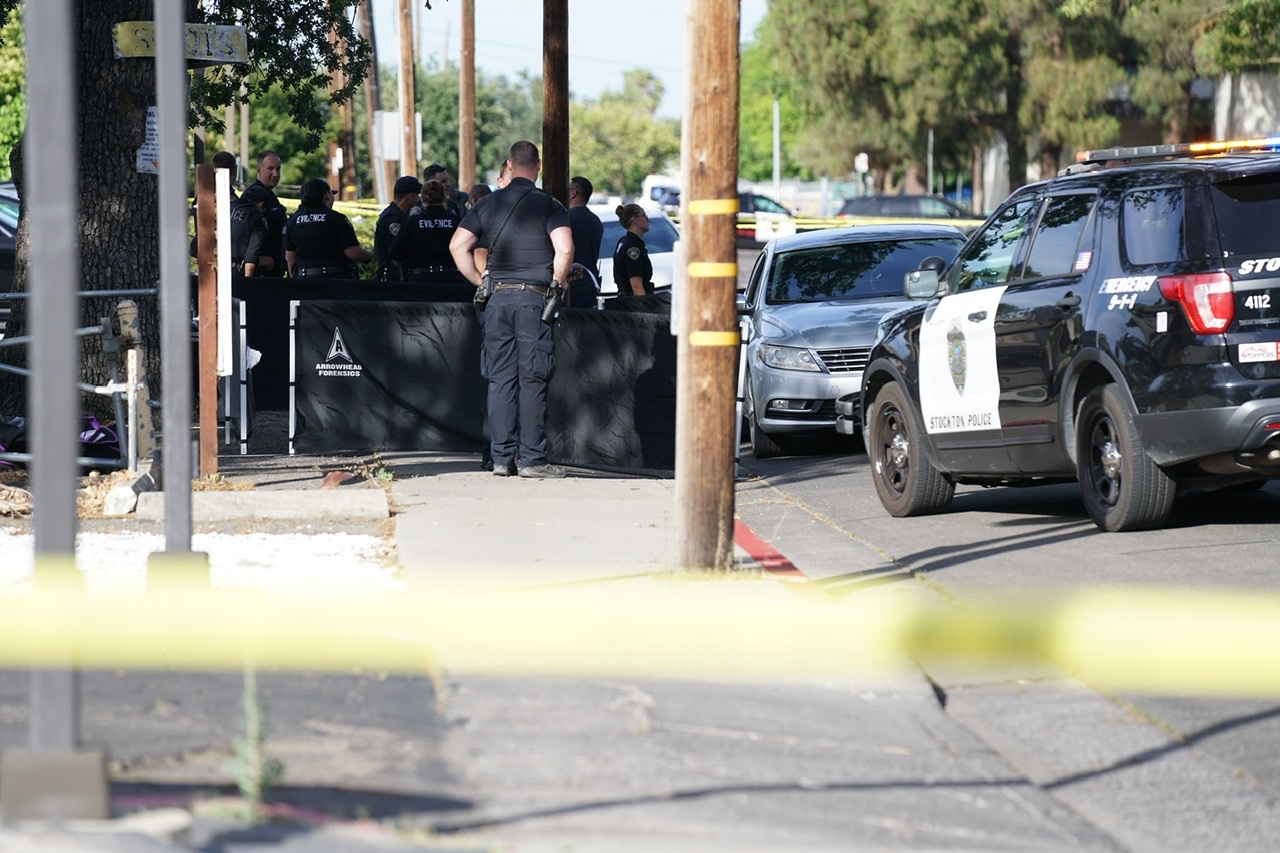 STOCKTON – Police investigated a shooting that claimed the life of one person near Oak Park Thursday afternoon.

At about 4:45pm officers with the Stockton Police Department responded to the 500 block of East Fulton Street for a report of a shooting. Two people were found shot in a vehicle. One was pronounced deceased at the scene, the other was transported for injuries that were later determined to be non life threatening. Both were adult males according to officer Joseph Silva, a Stockton Police Department spokesman. Two small children were inside of the vehicle with the victims, but they were not injured.

Homicide investigators and evidence technicians responded to the scene to investigate, hoping to gather evidence and speak to witnesses.

Silva said the area was very busy around the time of the shooting. The shooting happened in front of a retirement home, and nearby Oak Park was full of people enjoying the day. No motive or suspect information was releasable Thursday evening.

The shooting marks the 22nd homicide this year for the City of Stockton, compared to 14 this time last year.