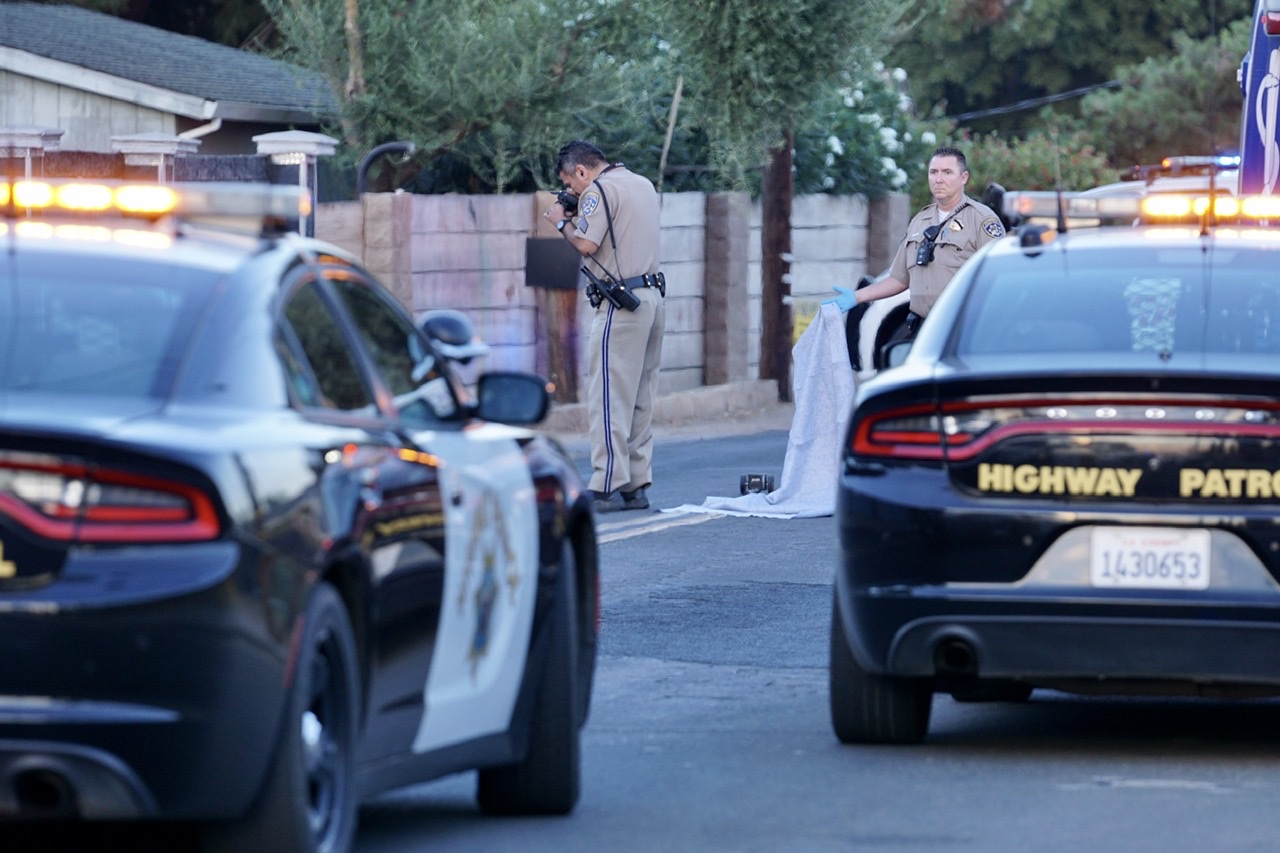 MODESTO – The California Highway Patrol investigated a crash that claimed the life of a bicyclist Monday evening.

The crash was reported shortly before 7:15pm on the 800 block of River Road, just east of Ryder Way. The incident was initially reported as a person suffering a heart attack or medical emergency with a person on the ground. Arriving emergency personnel soon discovered that the person had been struck by a vehicle and was pronounced deceased at the scene.

River Road was closed by Stanislaus County Sheriff Deputies and CHP Officers for the duration of the investigation. They were led to a woman in a white sedan who had reported the incident. Her involvement in the collision was unclear Monday evening to authorities, but she was arrested at the scene for driving under the influence.

Early indications suggest the victim was riding a bicycle westbound when he was struck by a vehicle. He landed near his bicycle. He was believed to have been shopping at a sporting goods store on Hatch Road and on his way home in the area where the collision happened. A shopping bag was found nearby.

Anyone who may have witnessed or have information regarding the collision is encouraged to contact the California Highway Patrol.