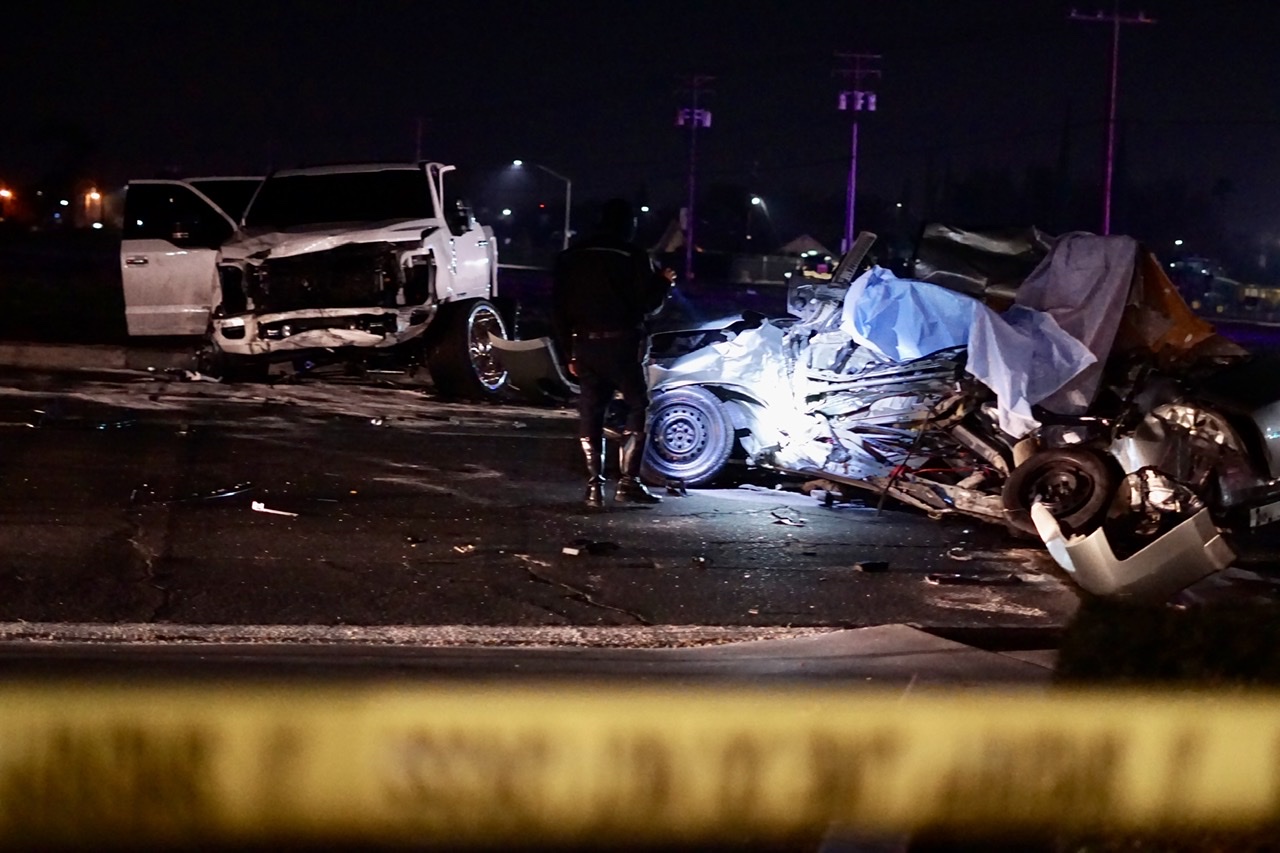 The crash was reported at about 7:58pm near the intersection of Crows Landing Road and West Whitmore Avenue. Deputies with the Stanislaus County Sheriff’s Office arrived and found the crash shortly after it had occurred.

According to the Ceres Police Department, a 2019 Ford F-350 was southbound on Crows Landing Road and failed to stop at the red light. A 2008 Nissan was traveling eastbound on Whitmore Avenue at the same time and was struck by the pickup truck. The impact caused the Nissan to be pushed into the northbound lanes of Crows Landing Road near the entrance to the parking lot of an auto parts store. Two 19-year-old men in the Nissan were killed in the collision.

Ceres Police Officers responded with their accident team to investigate the circumstances regarding the crash. Danielle Morgan, 28 years old, was charged with murder and felony DUI. The identities of the victims were not released Monday morning.

Anyone with information regarding this crash is encouraged to contact Officer Freddie Ortiz at (209) 538-5678.