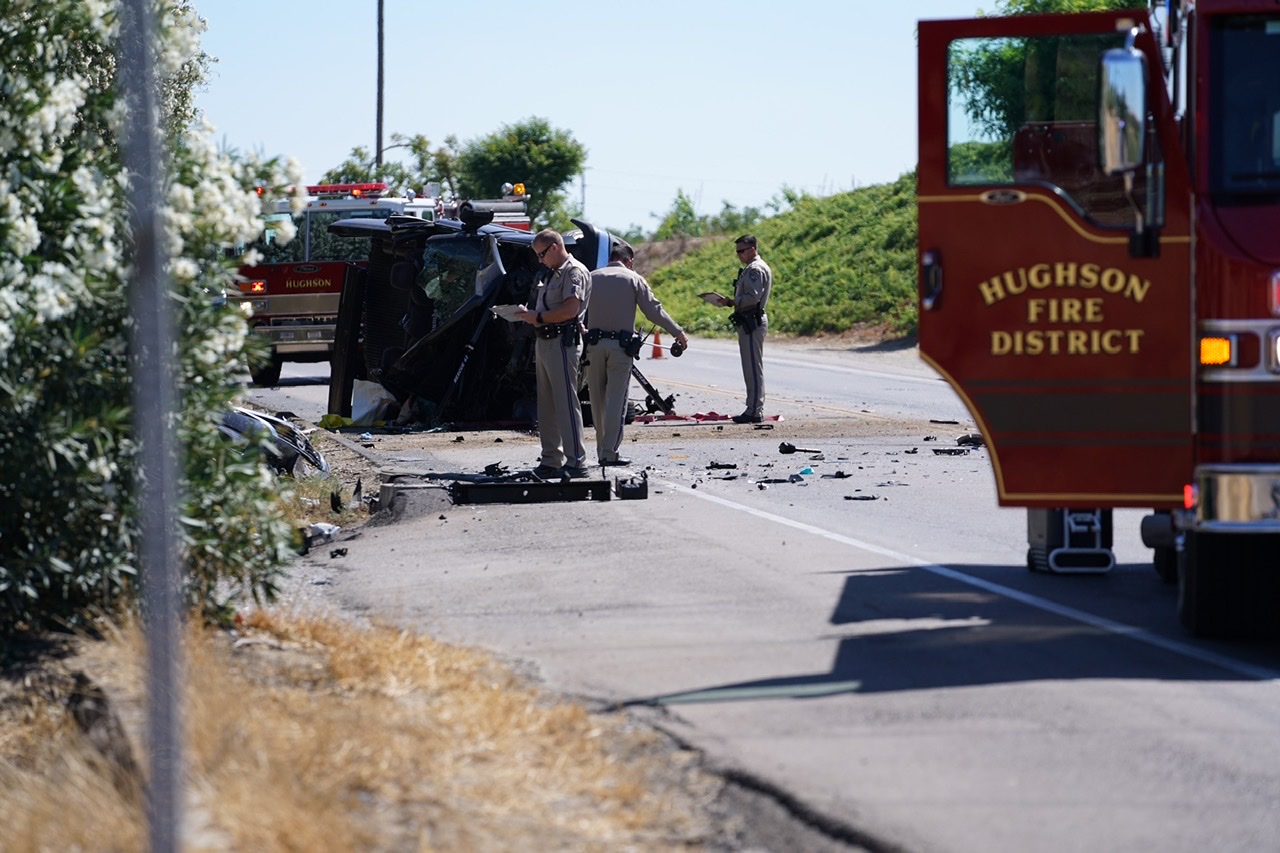 The crash was dispatched to the California Highway Patrol at about 2:27pm on Geer Road just south of the Fox Grove entrance. Early reports indicate both involved vehicles, a Chevrolet truck and Nissan sedan, collided head on and overturned. One vehicle landed in the northbound lane and the other in the oleanders on the east side of the road.

Early indications suggest possible DUI was being investigated as a factor in the crash. Geer Road was closed between Hatch and Jantzen Roads while officers took measurements and investigated the collision.

Two witnesses who were at Fox Grove Park heard the collision down to the parking lot and rushed up to the road to see what had happened.

“Cars speed through here and don’t respect the road,” one witness said. “This is what happens.”