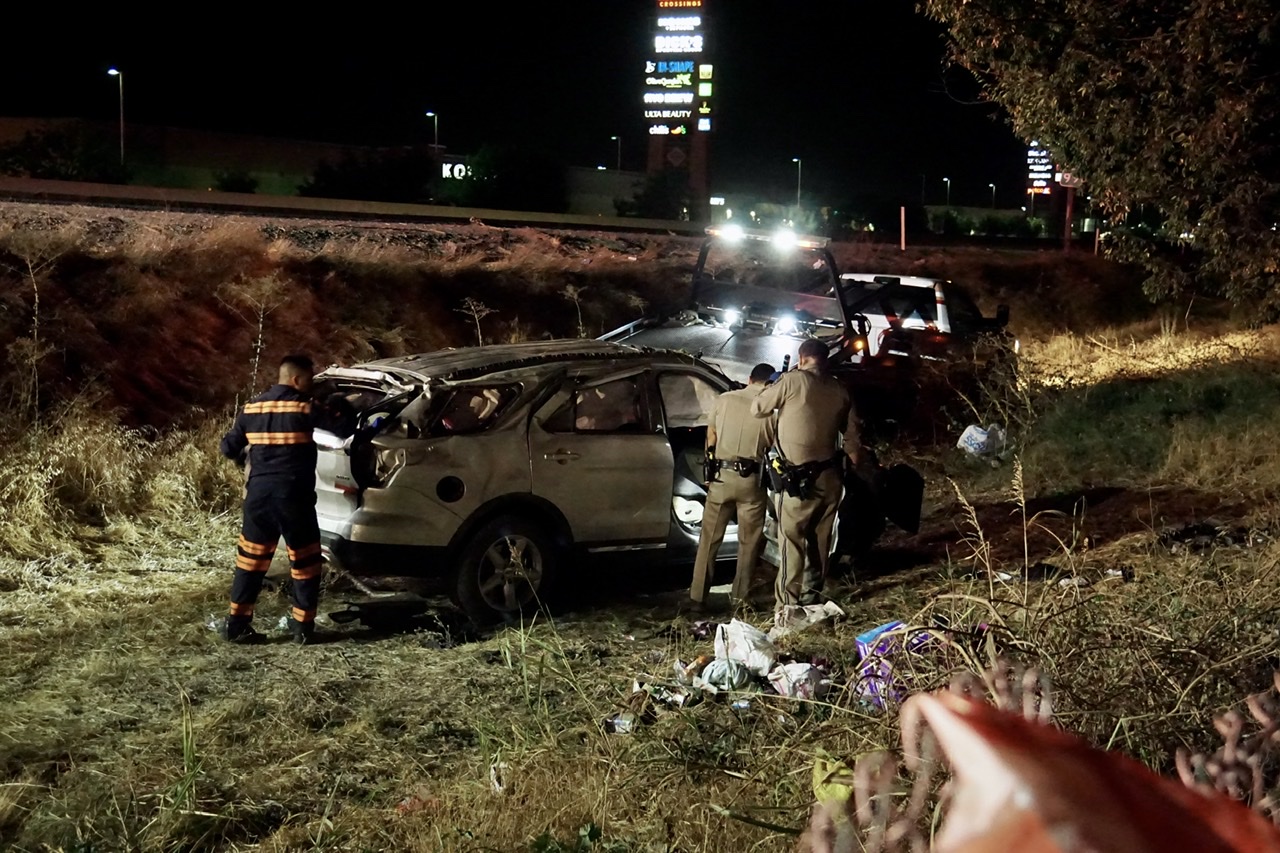 TURLOCK – At least one person lost their life in a roll over collision on Highway 99 Thursday night.

The crash was dispatched by the California Highway Patrol at about 10:38pm on the southbound lanes of Highway 99 just south of the Monte Vista Avenue onramp. A silver Ford Explorer SUV landed on its roof on the right shoulder next to Pedretti Park.

Early reports indicate at least one occupant of the explorer died after being ejected from the vehicle. That person was just inside the fence line near the park. Another was trapped inside the vehicle and had to be removed using rescue tools according to the Turlock Fire Department.

Stanislaus County Coroner officials responded to the scene shortly before 12:30am.

Several other occupants of the SUV were rushed to hospitals with unspecified injuries. There were a total of six people in the SUV. The cause of the crash was under investigation.