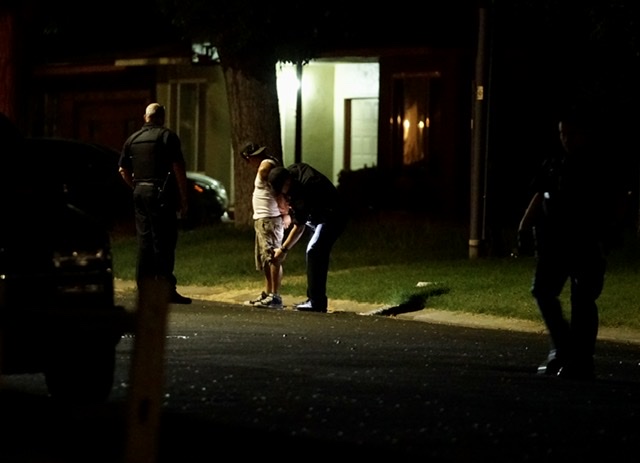 At about 11:00pm officers with the Modesto Police Department responded to a report of a pedestrian struck by a vehicle near the intersection of 16th and Burney Streets. Arriving officers found a man suffering from major injuries. Witnesses report the man was lighting fireworks in the roadway. Life saving efforts were performed, but the man died from his injuries at the scene.

Police say the involved driver called to report he believed he collided with a person while driving north on Burney Street. The driver said he was distracted by fireworks at the time.

A witness who rushed to help the victim described the scene as chaotic and heartbreaking.

“I heard the sound of fireworks and silence, and right after that screaming,” the witness said. She rushed over to the victim and began performing CPR until first responders arrived.

Authorities would like to remind motorists to designate a sober driver, slow down and avoid distractions.

Anyone with information regarding this case is encouraged to contact Officer Raduechel at raduechelr@modestopd.com or Crime Stoppers at (209) 521-4636 where callers can remain anonymous. 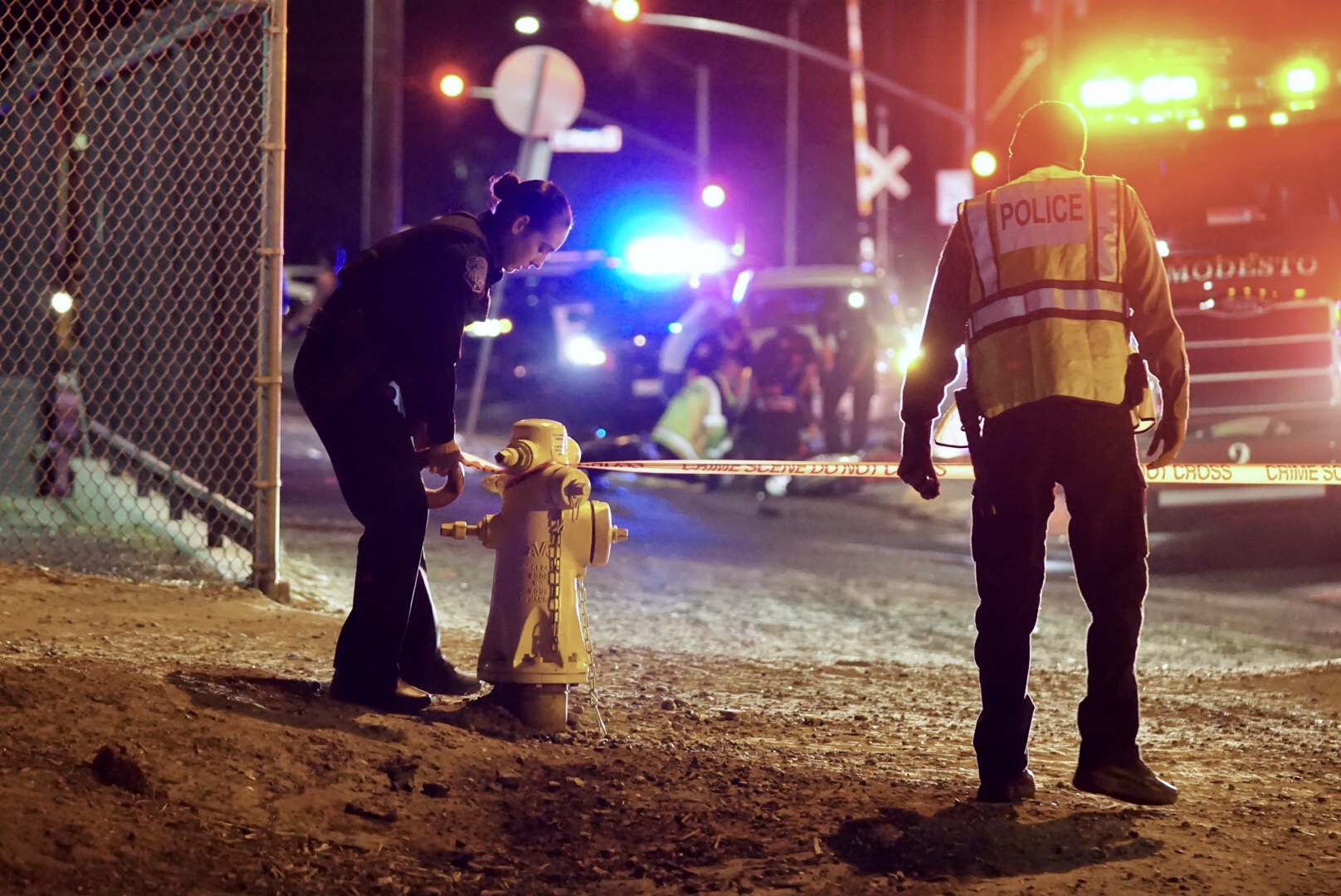 MODESTO – Police responded to a vehicle collision involving a pedestrian Wednesday night that closed down a road for investigation.

The crash happened shortly before 10:00pm near the intersection of B and Beard Streets. Early reports indicate a vehicle collided with a wheelchair bound person.

Life saving measures were performed on the pedestrian but after several minutes they were pronounced deceased at the scene.

The involved vehicle appeared to be a dark Dodge pickup with visible front end damage.

Police closed down B Street between Beard and Seventh Streets. Traffic officers were called to investigate. 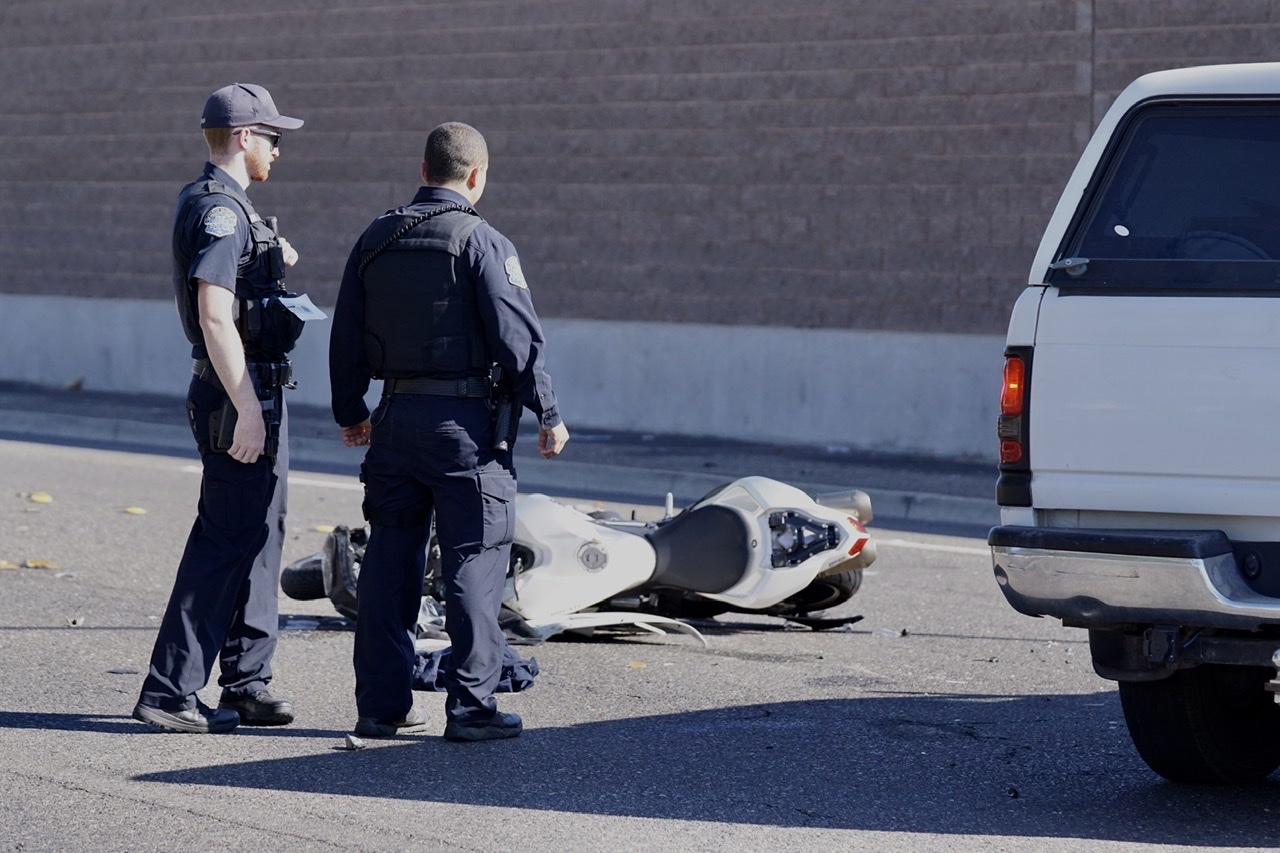 Emergency crews were called to the area of Sisk Road and Whitcomb Way at about 4:45pm for a report of a collision with an injured motorcyclist. Arriving officers found the rider down in the roadway.

Medical personnel began CPR on the motorcyclist who was then rushed to a hospital by ambulance.

Traffic officers responded to the scene to investigate the crash. The condition of the rider was unknown Tuesday afternoon.

Anyone with information regarding this crash is encouraged to contact the Modesto Police Department or Crime Stoppers at (209) 521-4636 where callers can remain anonymous.