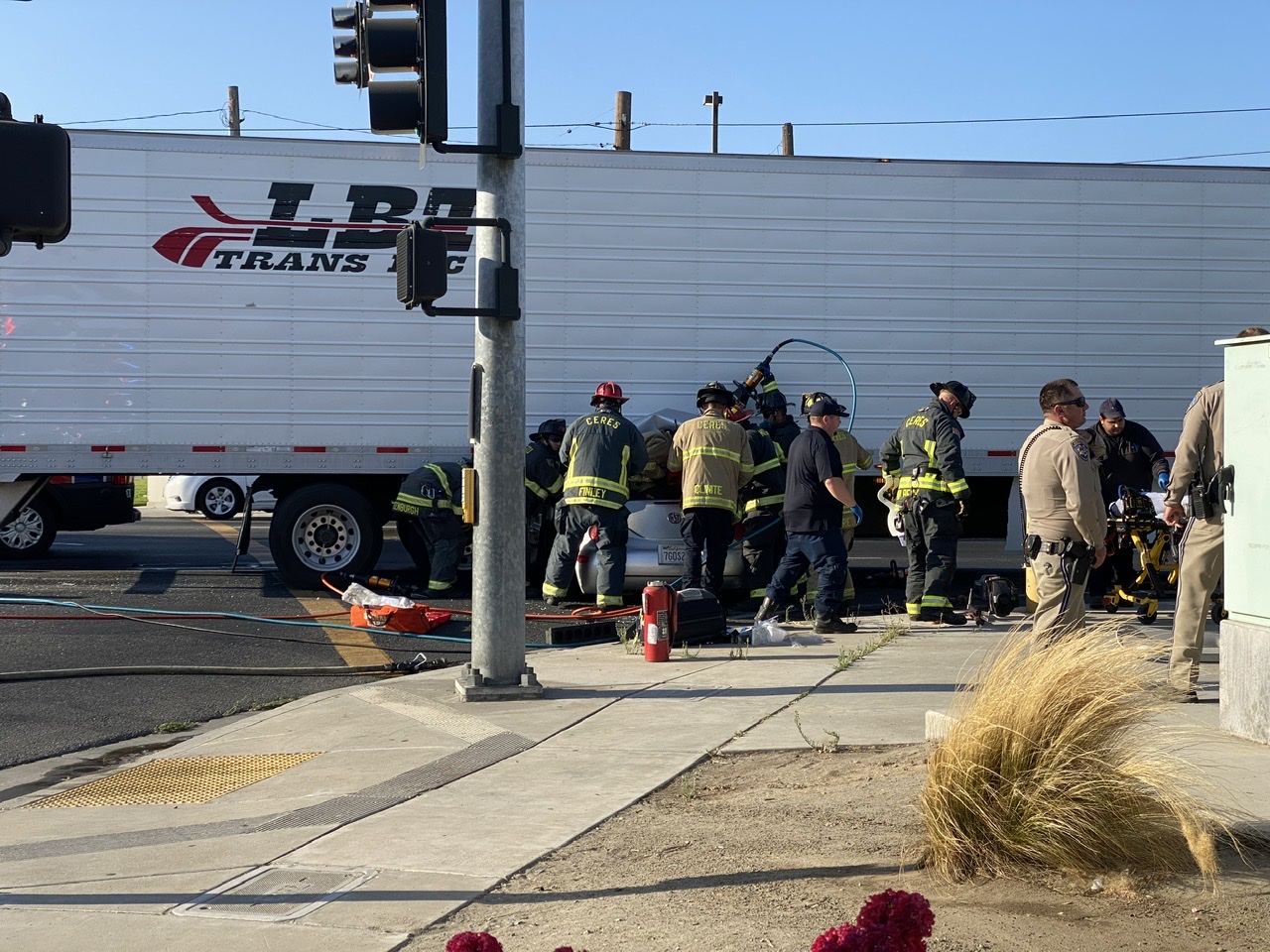 CERES – Authorities investigated a crash involving a semi and Volkswagen sedan that claimed the life of one person Saturday.

At about 6:07pm, an officer with the Ceres Police Department tried to stop a silver Beetle near the area of Central Avenue and Herndon Road. According to a release by Sergeant Keith Griebel, the driver did not stop for the officer and sped north on Central Avenue.

As the vehicle approached the intersection of Hatch Road and Central Avenue, the driver lost control and collided into a semi trailer.

Firefighters and ambulance personnel responded to the scene. The Volkswagen was mostly under the semi trailer, trapping both occupants of the vehicle. After about 15 minutes, the passenger was rescued and taken to a hospital with major injuries. The driver suffered fatal injuries and died at the scene.

Officers with the California Highway Patrol responded to investigate the crash. Anyone with information regarding this collision is encouraged to call (209) 545-7440.