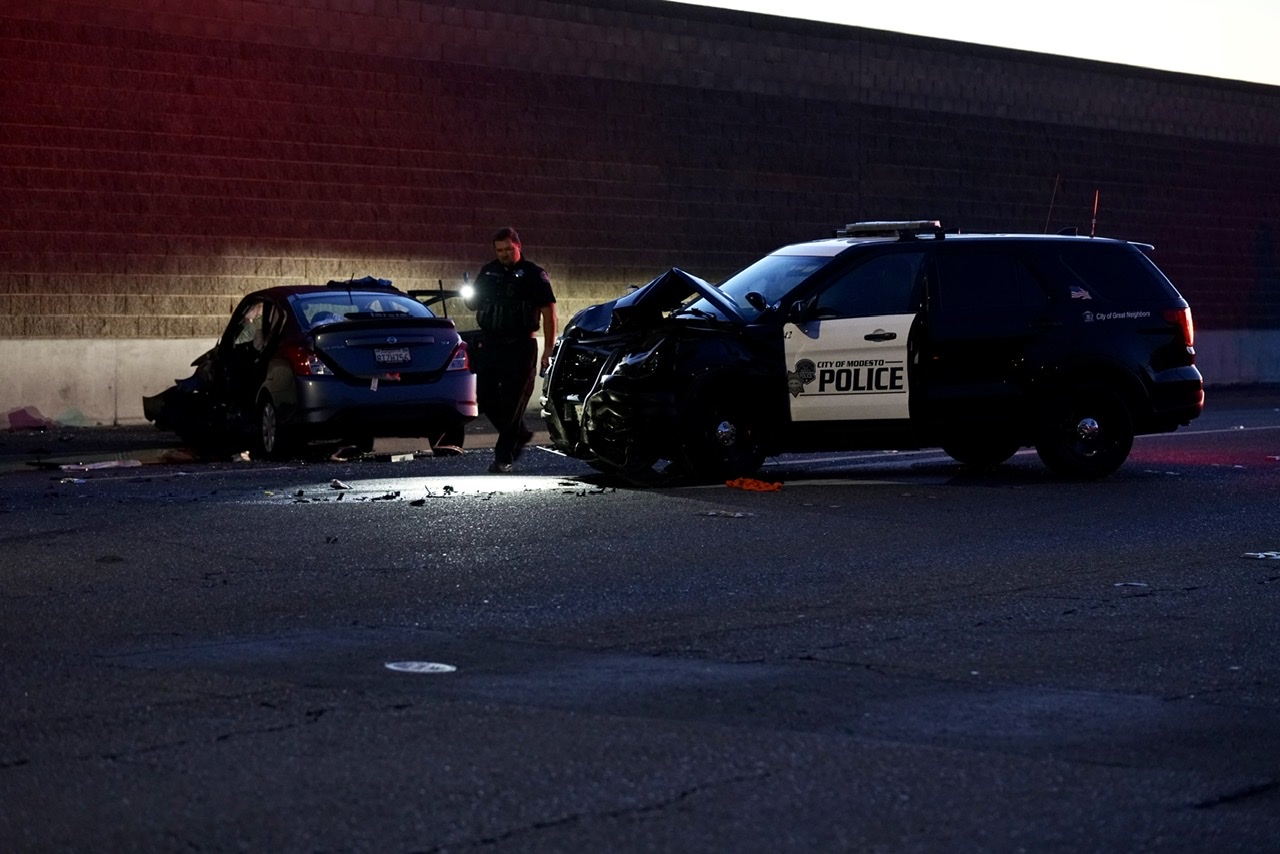 MODESTO – The driver involved in a collision with a Police Officer Monday evening was driving under the influence, authorities said.

The crash was reported at about 7:42pm near the intersection of Sisk Road and Whitcomb Way. The officer was traveling north on Sisk Road when the driver of a Nissan Versa traveling west on Whitcomb Way failed to stop at a stop sign. The Versa collided with the patrol car, blocking both directions of Sisk Road.

The police officer suffered a minor complaint of pain. The driver of the Versa was taken to a hospital for injuries that were considered non life threatening. He was expected to remain hospitalized for a few days but will be arrested upon release, according to Sharon Bear, a police spokeswoman.

Sisk Road was closed in both directions while officers investigated the crash. There were no other injuries reported.