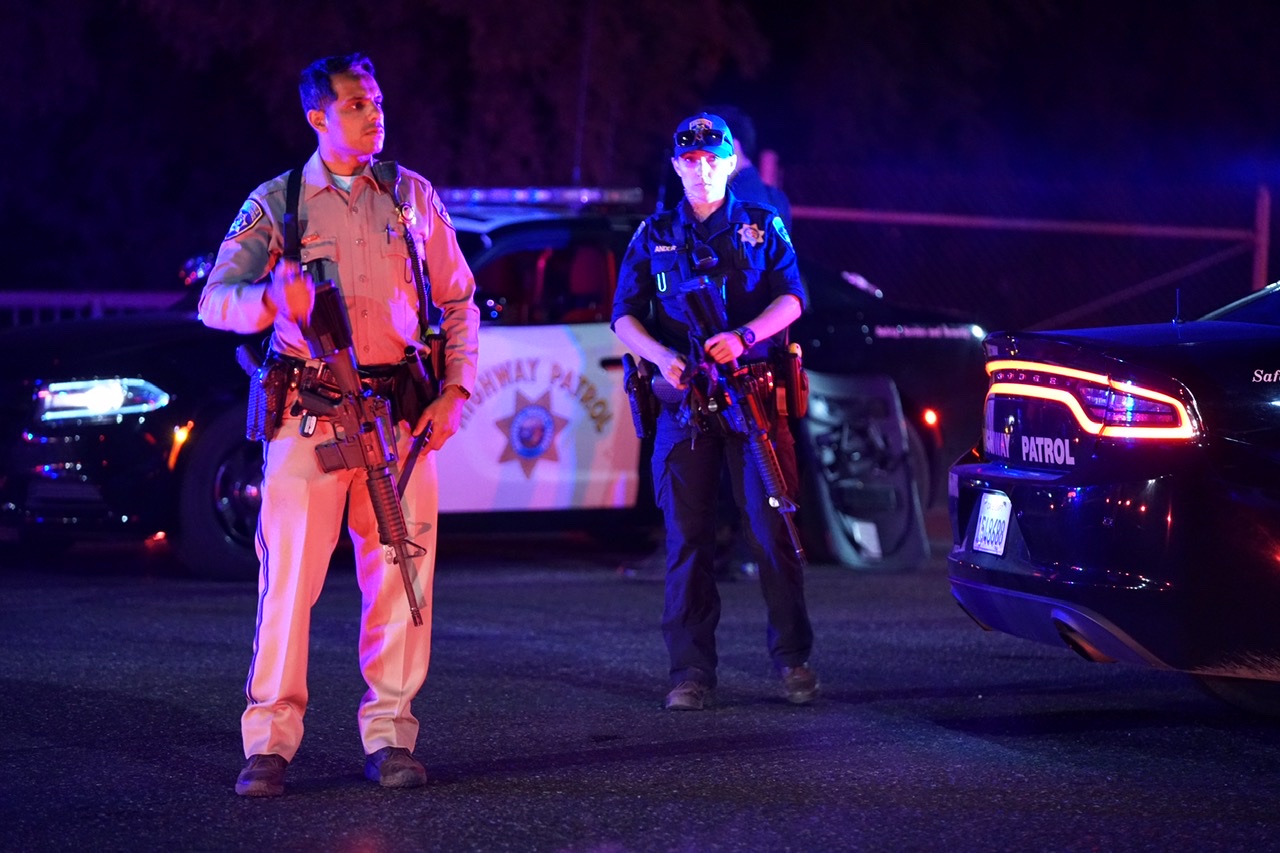 CHP Officers search in Lodi after a patrol vehicle was struck by gunfire Sunday night.

The incident happened shortly before 9:00pm near the area of Pine Street and Houston Lane. The officer was not injured during the incident. Additional officers from various agencies including the Lodi Police Department and San Joaquin County Sheriff’s Office responded to assist and establish a perimeter around the area.

Air support craft from CHP Valley Division and the Stanislaus County Sheriff’s Office responded to help as well. Traffic was diverted away from the area, and some residences surrounding the home believed to be that of the alleged shooter were evacuated.

Authorities used armored vehicles to search the area for any signs of a shooter. They finally made contact and detained 61 year old John Chumley at a residence near where the shooting happened. He was charged with assault with a deadly weapon and possession of an illegal weapon.

Chumley was booked into the San Joaquin County Jail without bail. The reason for the shooting was unknown.