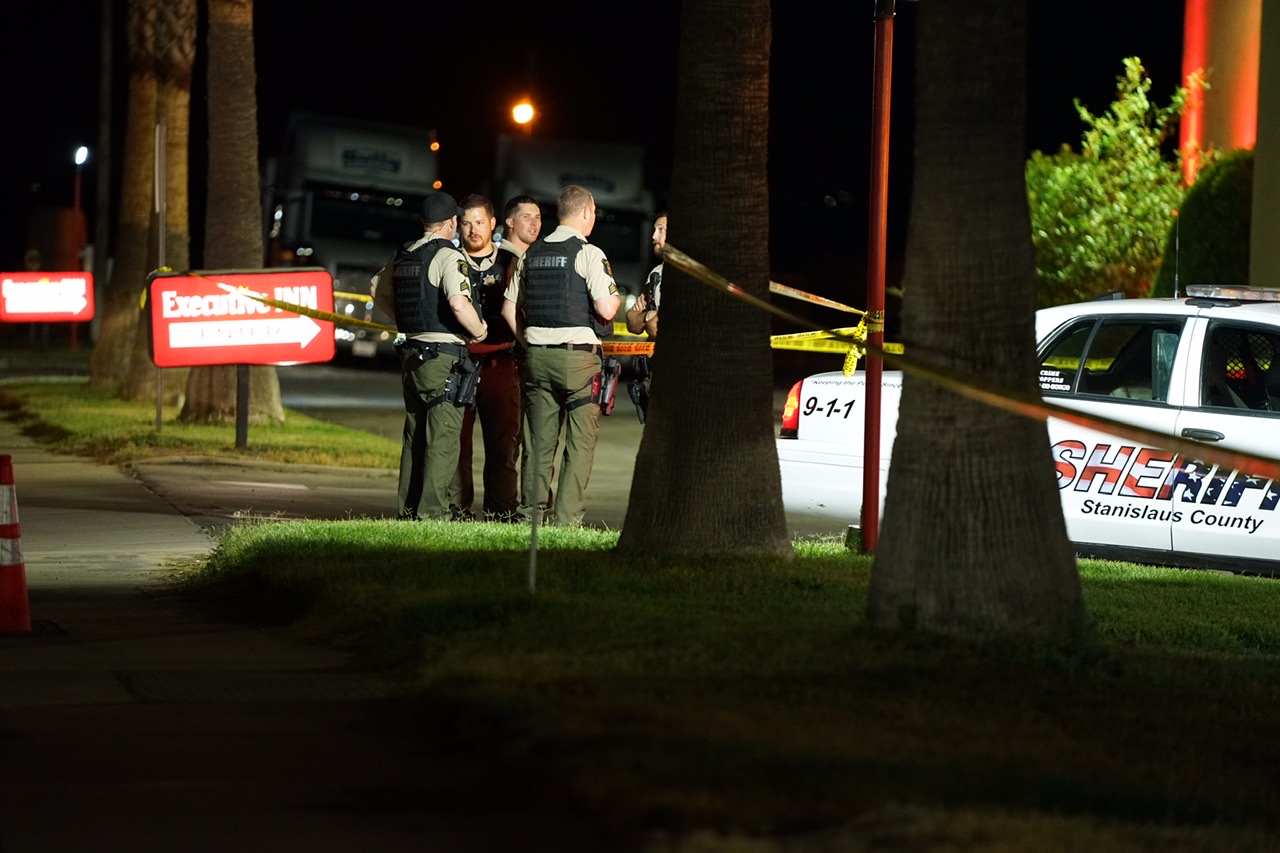 WESTLEY – An eighteen year old woman was arrested and charged with homicide and carjacking after a shooting early Sunday morning.

Deputies with the Stanislaus County Sheriff’s Office responded to the 7100 block of McCracken Road for a report of gun shots at about 1:00am. Additional reports indicated a person had been shot.

Arriving deputies found an adult woman suffering from a gun shot wound. She was rushed to a hospital but she was pronounced deceased. Authorities say the woman was unidentified.

With the help of witnesses, deputies were able to identify the suspect as 18 year old Tierra Davis. She was later located and fled on foot, but was apprehended. A semi-automatic firearm was located nearby when she was arrested.

Detectives responded to take over the investigation. The parking lot of the Executive Inn on McCracken Road was taped off as a crime scene. Detectives believe the victim was shot during a carjacking attempt, and that Davis may have been involved in a previous carjacking in Stockton.

Arrest Made After CHP Vehicle Struck by Gunfire in Lodi