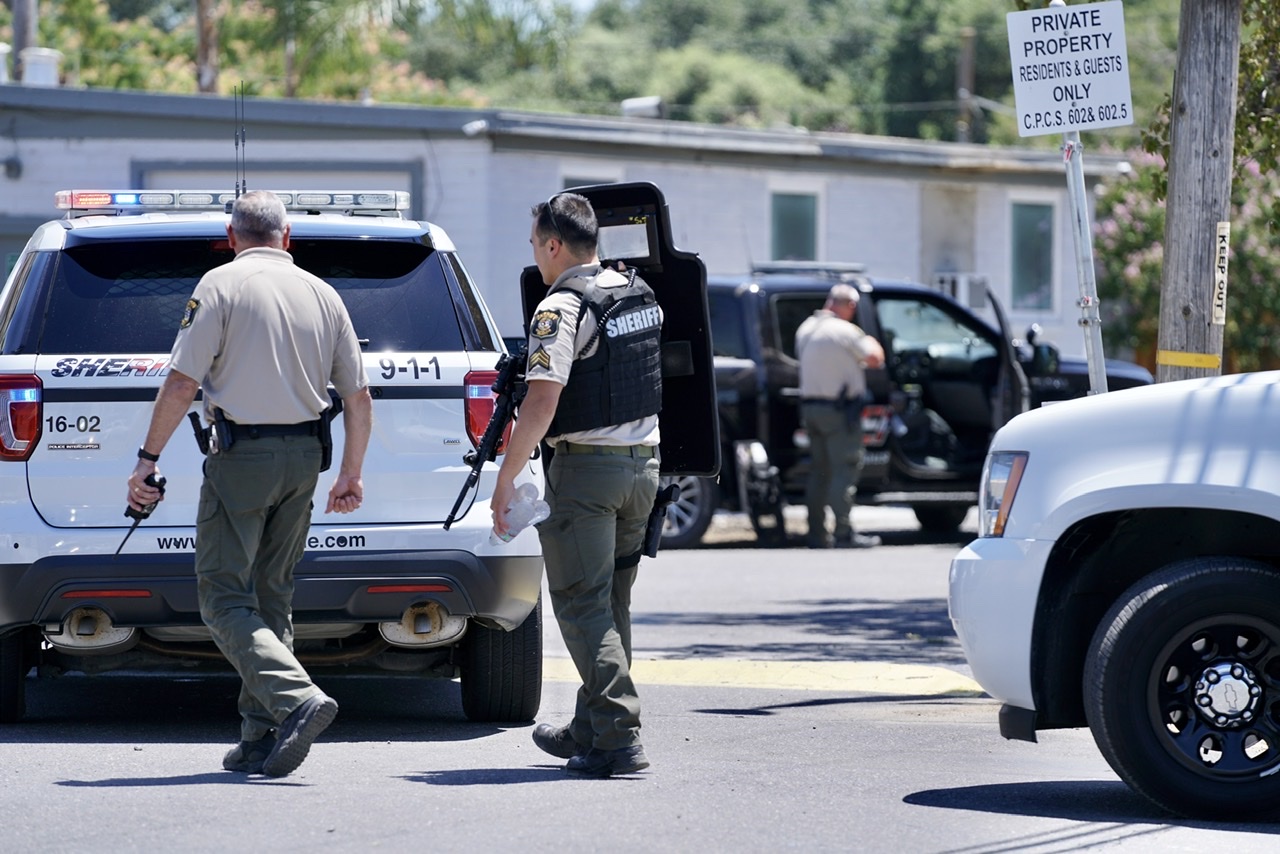 EMPIRE – Authorities investigated a report of an assault with a deadly weapon Thursday.

At about noon deputies with the Stanislaus County Sheriff’s Office responded to a report of a person assaulted with a deadly weapon on the 200 block of E Street. Arriving deputies found evidence of a crime scene but no suspect or victim.

The investigation led authorities to a mobile home park on the 600 block of South Santa Fe Avenue. A perimeter was set around a home and an armored vehicle was brought out to assist.

After about an hour, deputies detained two people. One of them was potentially the suspect in the case who was yet to be identified. The other detainee was the homeowner, who was expected to be released officials at the scene said.

Sergeant Luke Schwartz, a spokesman with the Sheriff’s Office said the victim had not been located despite their efforts.

Authorities said the victim, a 42 year old man, may be in a tan newer model jeep. His injuries were unclear but Sergeant Schwartz said they would like to do a welfare check on him to make sure he is ok.