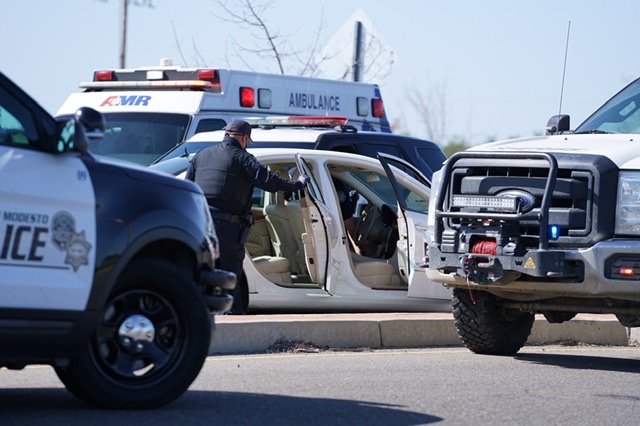 MODESTO – A man who took a vehicle from a car dealership was arrested after a brief pursuit Tuesday afternoon.

The suspect asked to test drive a vehicle at a car dealership on the 3700 block of McHenry Avenue at about 3:00pm. The man took a white 2006 Mercedes-Benz sedan without filling any paperwork, police said.

A police officer later located the vehicle near Coffee Road and Mable Avenue. The driver fled from officers as they attempted to stop it.

A police gyro-aircraft followed the vehicle until officers were able to stop the car on Dale Road south of Kiernan Avenue.

The driver was taken into custody, however his identity was unavailable at time of publication.