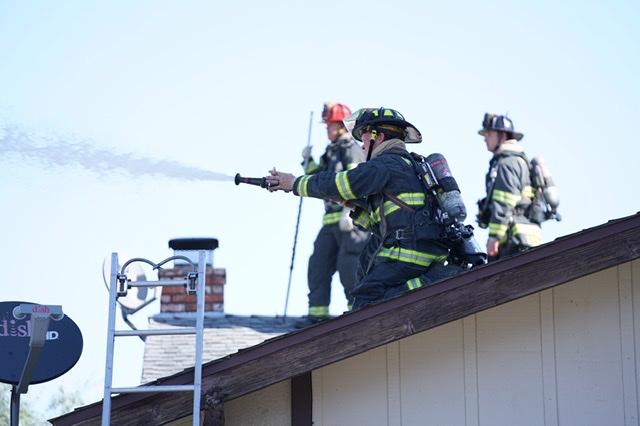 The fire was dispatched at about 9:45am near the 1200 block of Symphony way. The neighborhood backs up to Mancini Park, west of Herndon Road.

The flames also burned some vegetation and extended into a group of pine trees behind the neighborhood. Windy weather pushed the embers from the fire into neighboring yards and trees, igniting additional fires.

Additional firefighters responded to stop the spread of the fire. Officials at the scene anticipated being in the area for several hours to monitor and extinguish hot spots.

There was no word on exactly how many residents were affected by the fire. Investigators were on scene working to determine the cause.