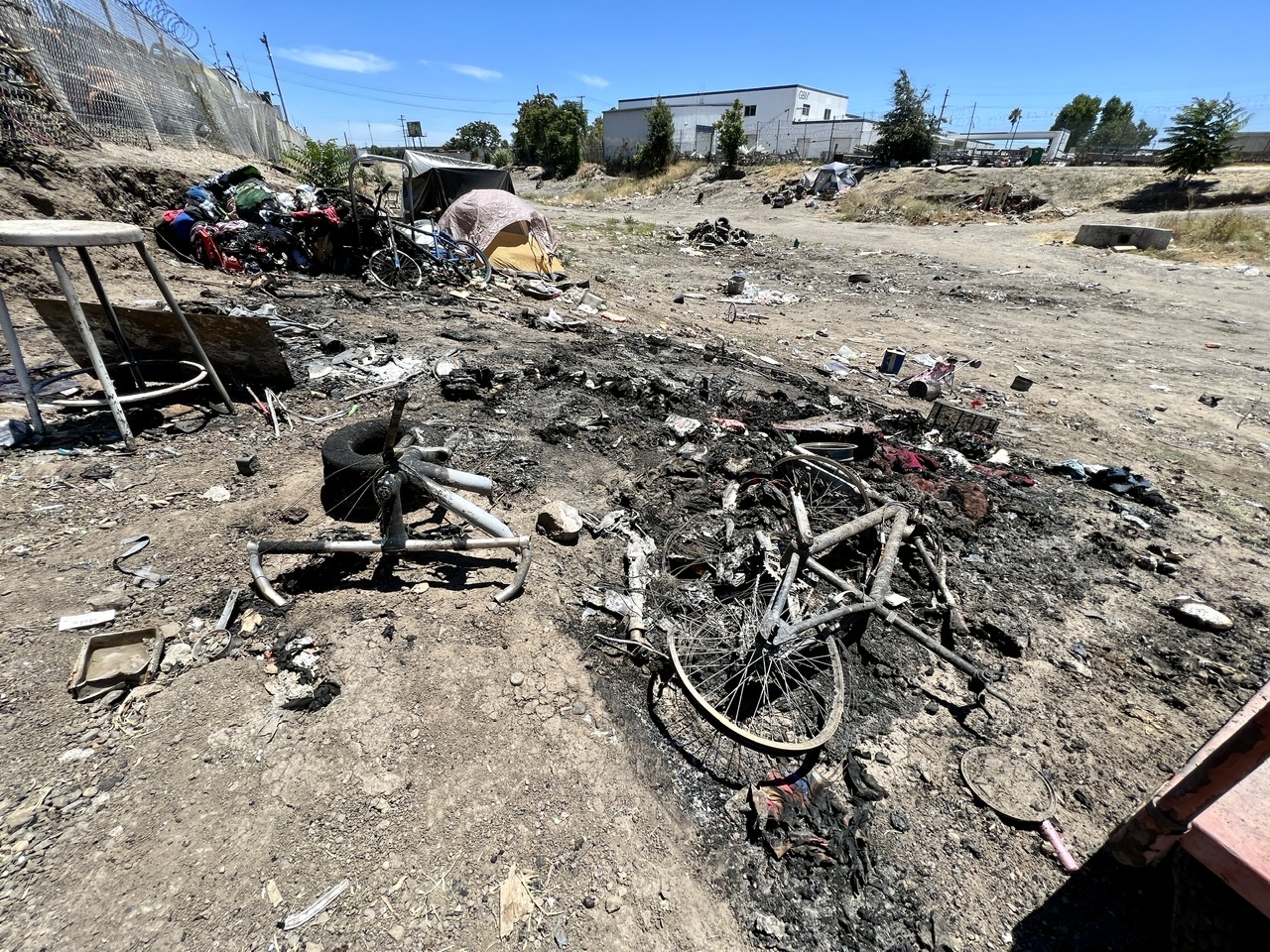 STOCKTON – A fire at a homeless camp that claimed the life of a man and critically injured a woman was investigated as a homicide Thursday afternoon.

At about 5:30pm Thursday officers with the Stockton Police Department responded to Mormon Slough near Airport Way after two burn victims were found. A 35 year old man and 40 year old woman were critically burned and airlifted to UC Davis medical center where the man died from his injuries. The woman was said to be critical Friday afternoon according to Officer Joseph Silva, a police department spokesman.

Investigators discovered that a woman found both victims in a tent and poured an accelerant on it before setting it on fire and walking away.

“The suspect had no regard for human life,” Officer Silva said. Both victims suffered severe burn injuries. He described the suspect as being a girlfriend of the male victim.

A neighboring camper described the victim as his best friend who he had known for two decades. He said the woman suspect had previously harassed the male victim’s life, and followed through with her threats on Thursday.

No arrests have been made in the case as of Friday, and the case remains an active investigation, but authorities are urging anyone with information to call police at (209) 937-8377 or Crime Stoppers at (209) 946-0600 where callers can remain anonymous.