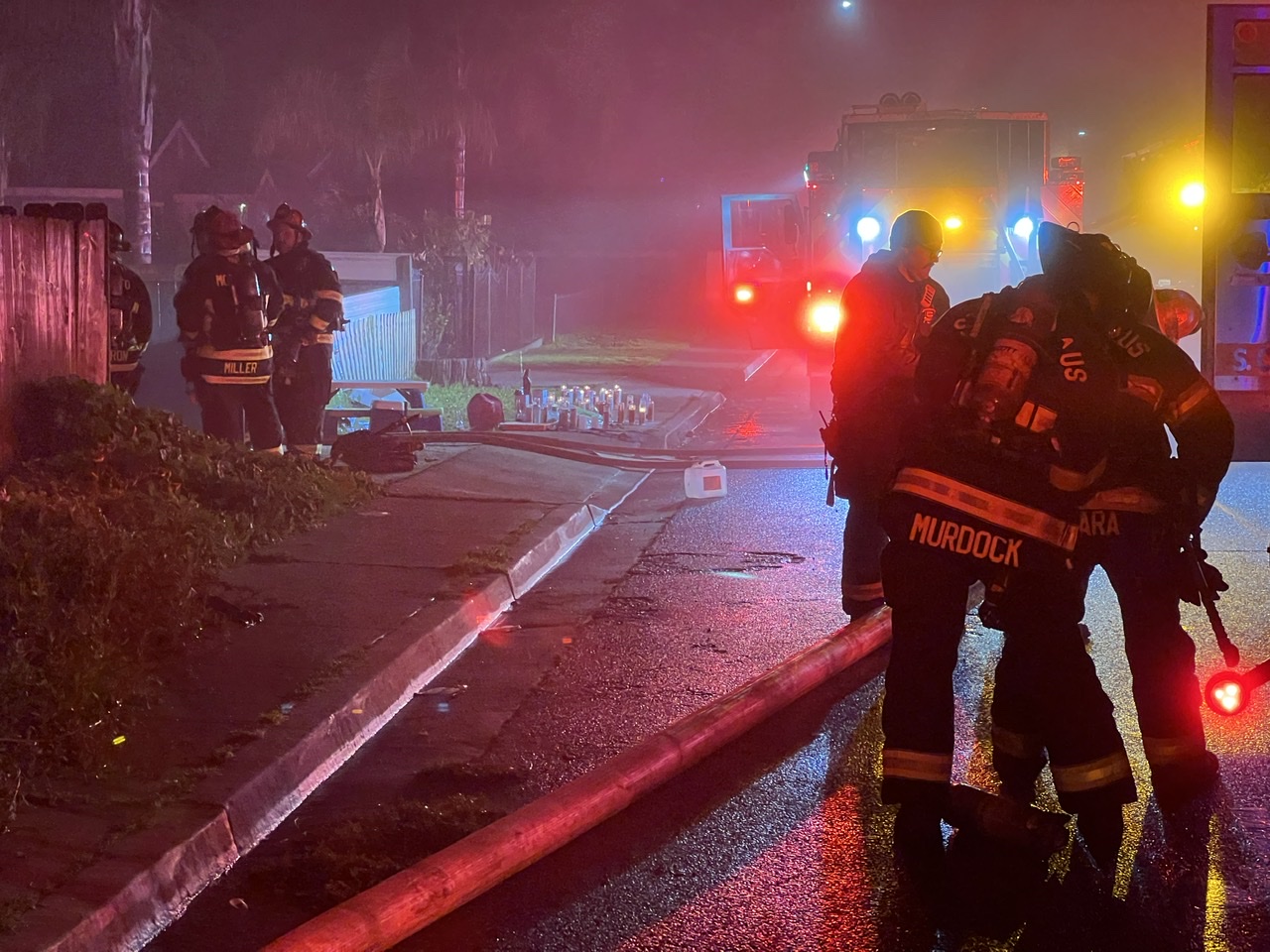 MODESTO – Hours after authorities announced the arrest of three people in Tuesday’s double homicide, fire damages a house at the scene of the crime.

At about 12:25am, firefighters were dispatched to the area of Oregon Drive and Thrasher Avenue for a report of a structure fire. Being that the area was the scene of Tuesday’s double homicide, officers with the Modesto Police Department responded before fire crews.

Emergency personnel found fire from the front of a home where the incident occurred. Police officers established a perimeter in the neighborhood while firefighters worked to bring the fire under control. Heavy fog made it difficult to see, but there was visible damage to the front of the home, and smoke puffing upward from the top.

Reports indicate this was not the first night something similar occurred at the location. Wednesday night, firefighters and police also responded to a report of a fire at the location, but found a burning vehicle in the driveway.

A fire investigation officer was on scene working to determine the cause. A large memorial with candles, photos and flowers lined the fence in front of the property where 19-year-old Taurean Travis and 20-year-old Julian Sisk were shot and killed Tuesday afternoon.

Thursday evening police announced the arrest of three individuals in the case. They were identified as 20-year-old Amber Gartin, 24-year-old Manuel Alejandro Licea-Valencia, and 28 year old Salvador Licea-Valencia. No further details regarding the circumstances of the arrests were made available.

Arrests Made in Double Homicide