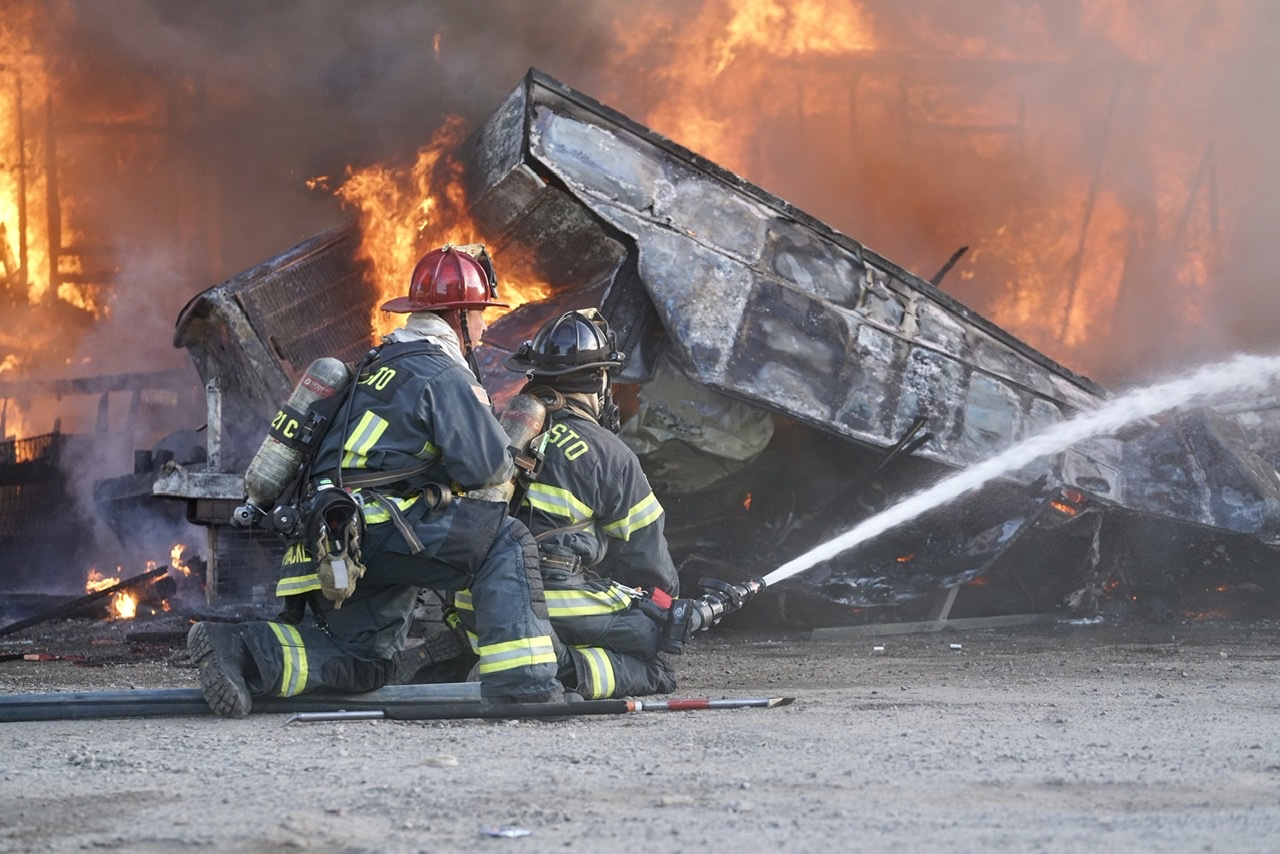 Shortly before 7:30pm firefighters responded to the 600 block of South Seventh Street for the report of a fire in the trailer park. Arriving firefighters found several trailers burning and collapsed power lines. A second and third alarm was dispatched requesting more resources as the fire spread to five homes.

Deputies with the Stanislaus County Sheriff’s Office responded to the scene to assist. Several residents were evacuated, some just grabbing their pets and fleeing. One significant concern was residents who may have been disabled and not able to evacuate themselves, an official at the scene said.

Two ambulances arrived near the entrance of the park to treat anyone who may have been injured. So far, none of those seen by medical personnel appeared to be seriously wounded.

In total, 15 residents were affected by the fire. Representatives from the American Red Cross responded to provide assistance.

A fire investigator also responded to the scene to determine the cause of the fire.