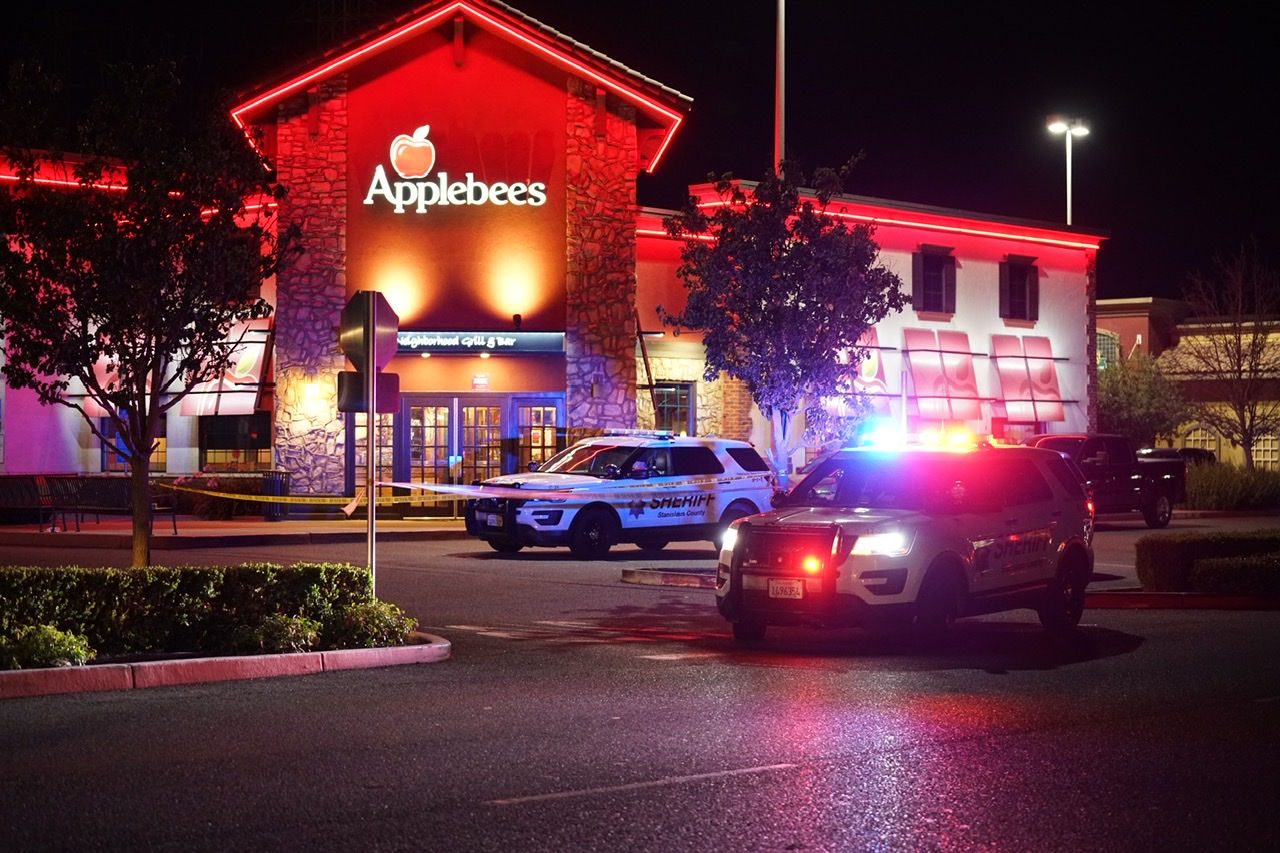 RIVERBANK – Authorities with the Stanislaus County Sheriff’s Office arrested a Modesto man on charges related to a homicide that took place Thursday night.

At about 9:45pm, deputies were called to the Applebee’s restaurant on Claribel Road for a report of a person down in the parking lot after a shooting. The victim, identified as 40 year old Salvador Ramos of Riverbank, was rushed to a hospital by ambulance. Authorities said Ramos suffered multiple life-threatening gunshot wounds and was in grave condition. He underwent surgery but later died of his injuries.

According to a press release, the suspect was believed to have fled the area in a vehicle. That vehicle was quickly spotted by the Sheriff’s Air Support Unit near Oakdale Road and Sylvan Avenue. Patrol deputies later caught up to the vehicle near Peppermint Drive and conducted a high risk traffic stop. Jonathan Alexander Ray, 28, was detained without incident. Authorities said he was in possession of a firearm.

Detectives responded to investigate the incident, closing off much of the restaurant parking lot. They believe a dispute took place inside the bar of the restaurant shortly before the shooting took place. The circumstances of the dispute were still under investigation. The area was packed with families celebrating recent graduations when the shooting occurred, officials said. Investigators were still reviewing surveillance video and witness statements as of Friday morning.

One witness said they heard the altercation and gunshots, followed by screaming. They then ran in the opposite direction in fear of being shot themselves. Videos submitted to us by viewers on condition of anonymity showed a dispute taking place at the bar of the restaurant. Another video showed a man shouting in the parking lot shooting a firearm close to Claribel Road.

No other injuries were reported, and there were no additional suspects in the case, authorities said.

Ray was booked without bail on charges of homicide and assault with a deadly weapon.