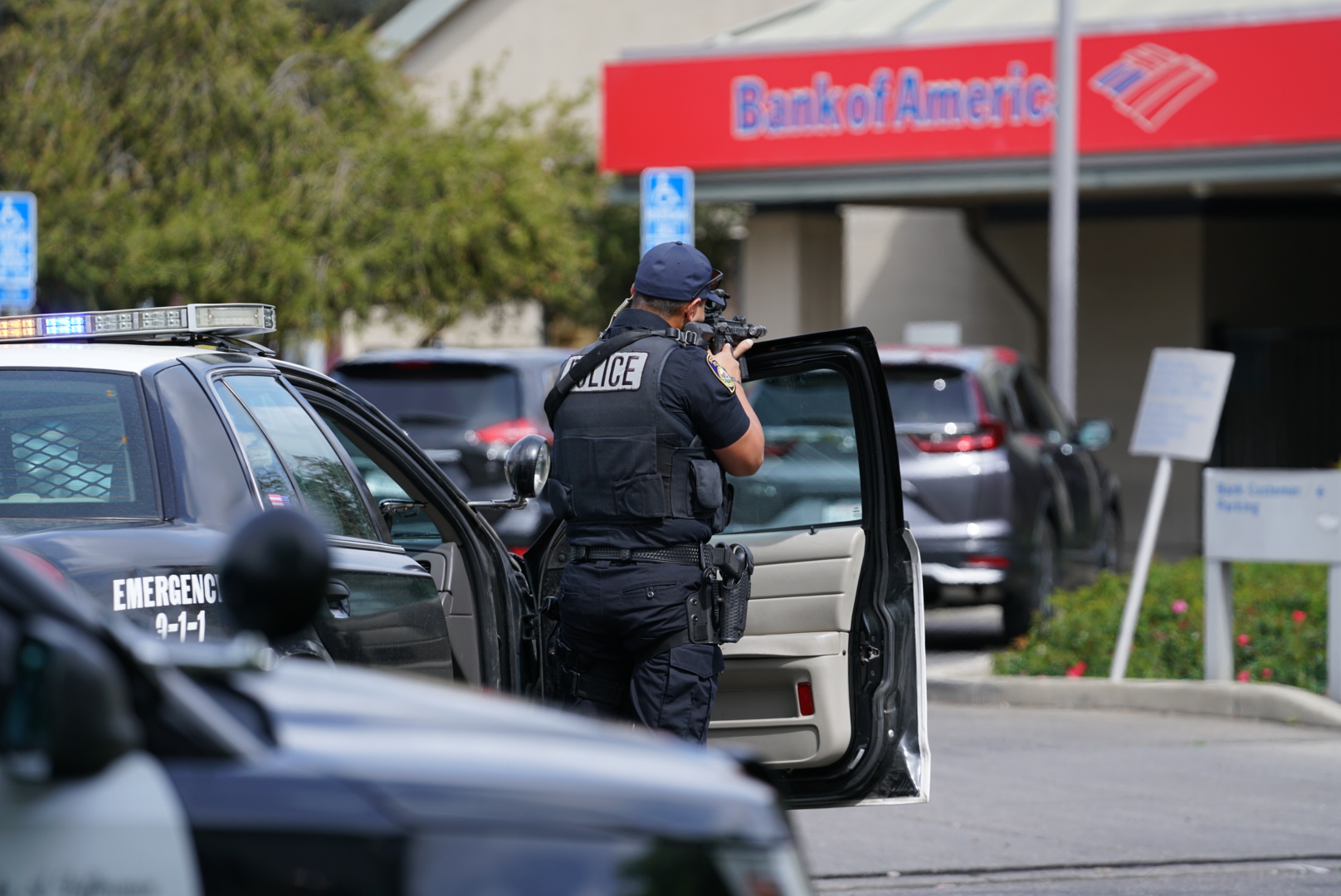 STOCKTON – Police investigated an attempted robbery at a bank Tuesday afternoon in which the suspect fired a gun inside the building.

Shortly before 1:00pm officers responded to the Bank of America on Wilson Way for a report of a man who entered the business with a gun and fired into the air. The suspect, described as a Hispanic man with dark clothing, left the bank before police arrived without taking anything.

The area surrounding the building was closed off by police officers and the remaining employees and customers were called out one by one. Authorities said a suspicious device was located, requiring a response from the bomb squad. The device was rendered safe by the bomb squad, allowing officers a chance to safely search the building.

By about 4:00pm the roadways were re-opened, but investigators remained at the bank to determine who attempted to rob the bank.

“There were no reported injuries, so we’re very thankful for that,” said Officer Joseph Silva, a spokesman with the Stockton Police Department.

“The potential for deadly violence is right there,” Officer Silva said. “Our officers dropped what they were doing and responded.”

Several SWAT officers were on duty at the time and responded to assist in the incident. Also on scene were several US Marshals and ATF officials.

Officer Silva described the shooting as brazen, and urged the public to come forward with any information.

Anyone with information regarding the case is encouraged to contact the Stockton Police Department at (209) 937-8377 or Crime Stoppers at (209) 946-0600 where callers can remain anonymous.