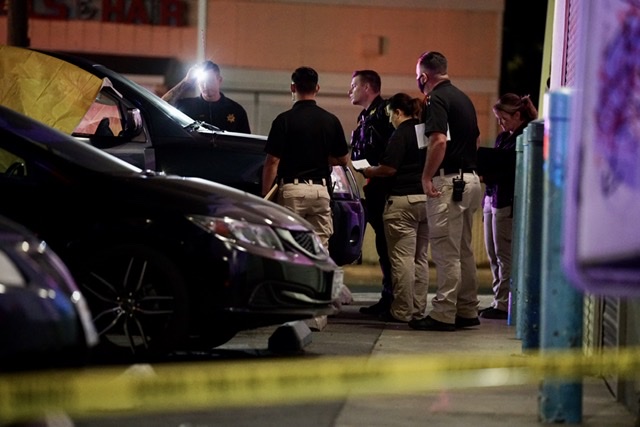 Shortly after 9:30pm, authorities reported they were investigating a homicide at the intersection of Fremont Street and Oro Avenue.

A pickup truck parked in front of the AGP gas & liquor store was covered by a yellow tarp. Deputies taped off the entire parking lot and entrances to the business as a crime scene. Several investigators and a mobile office arrived at the scene to examine the area and gather evidence.

Authorities reported the victim was killed in a shooting and that multiple people were involved in the incident. He was described as a Hispanic adult man.

Officials also said they believe the suspect to be a Hispanic or light skinned African-American man wearing dark colored clothing. He is said to have fled east on Fremont Street in a dark Chrysler 300 with two red stripes on the sides. The suspect was said to be considered armed and dangerous.

Anyone with information regarding this case is encouraged to contact the San Joaquin County Sheriff’s Office at (209)-468-4400 extension 1, where callers can remain anonymous.