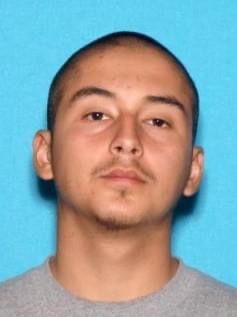 MERCED – Authorities with the Merced Police Department are asking for the public’s help in locating a man suspected of the murder of a woman and her unborn child.

The incident happened on April 18th near the area of the 1400 block of Conestoga Drive. Police officers responded to a report of gunfire and located a pregnant 19 year old woman and a 20 year old man who had been shot. The man was rushed to a hospital with life threatening injuries, the woman and her unborn child died at the scene. She was identified as Tatyanna Mariah Lopez.

Through the investigation, detectives were able to develop information leading them to identify 18 year old Jonathan Xavier Dorado of Los Banos as the suspect in the shooting. A warrant was issued for his arrest, and detectives are asking for the public’s help in locating him.