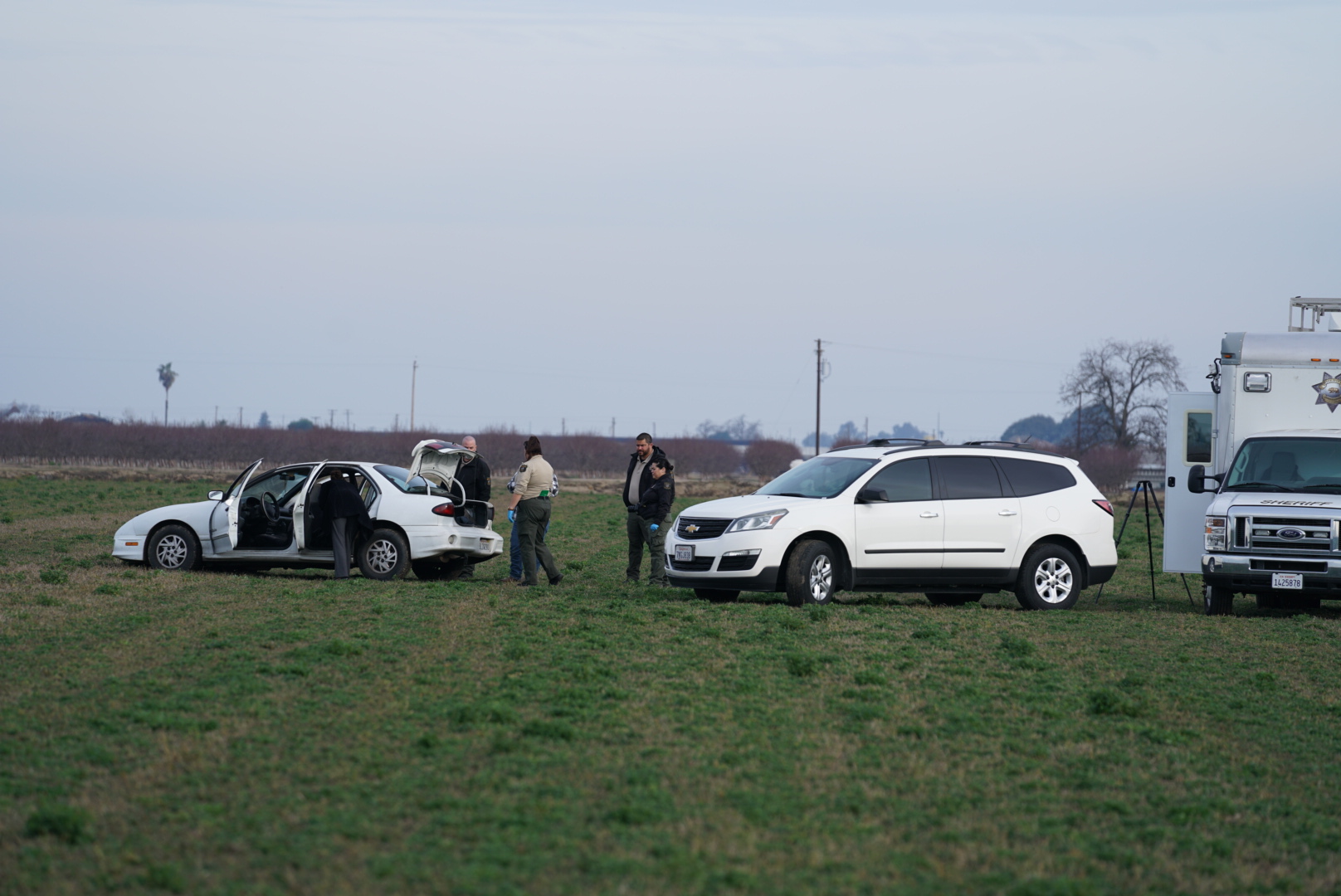 Stanislaus County Sheriff’s patrol, detectives, and crime scene analysis units arrived and investigated the scene where a white four door sedan appeared to be left in a field.

Inside the car, detectives found 52-year-old Teodoro Gutierrez from Modesto. They believe Gutierrez was shot by someone outside of the vehicle and also stated that the victim had just completed his shift at a nearby business.

Officials said they were working on identifying a suspect or suspects and were following all investigative leads.