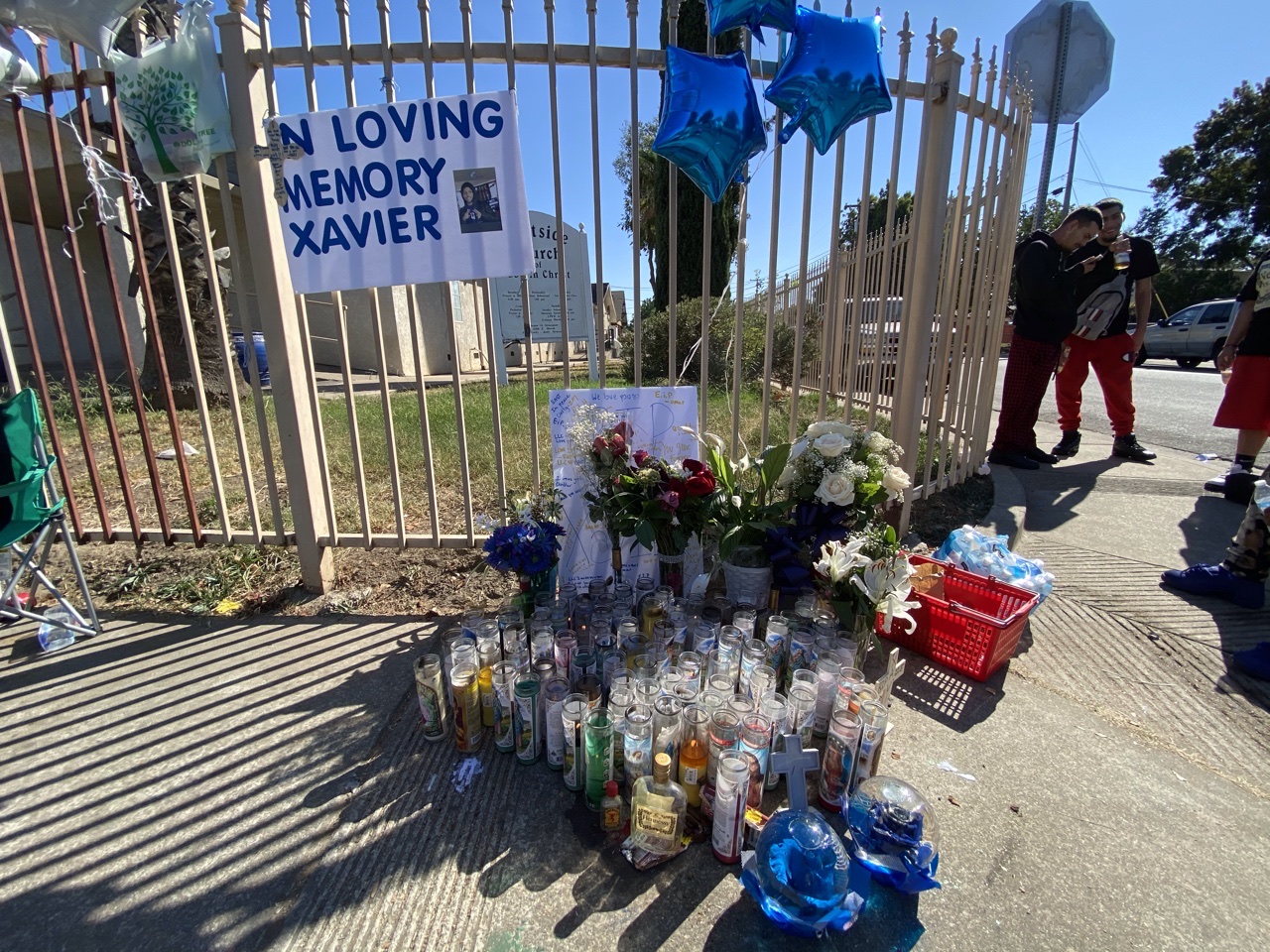 STOCKTON – The young man killed in a shooting over the weekend was soon to be the father of a baby girl, friends and family said.

A gathering in honor of Xavier Gonzalez was held near the intersection of Marsh Street and Golden Gate Avenue where he was shot Saturday. Flowers, candles, balloons and posters lined the sidewalk.

“He was a family man, he was all about his family,” his cousin Tina Ramirez said.

Relatives couldn’t make sense of his loss. Some at the memorial said it was unreal and pleaded for the violence to stop. They said the area was where the victim grew up.

Gonzalez was found shot Saturday around 1:00pm after police responded to the area for a report of gunfire. He was rushed to a hospital but later died.

Police said a 17 year old boy was also injured in the shooting. He was transported by a private vehicle to a hospital for care of his injuries and was expected to survive.

No motive or suspect information was available. Anyone with information regarding this case is encouraged to contact police at (209) 937-8377 or Crime Stoppers at (209) 946-0600 where callers can remain anonymous.

Drowning of Child Was a Tragic Accident, Police Say