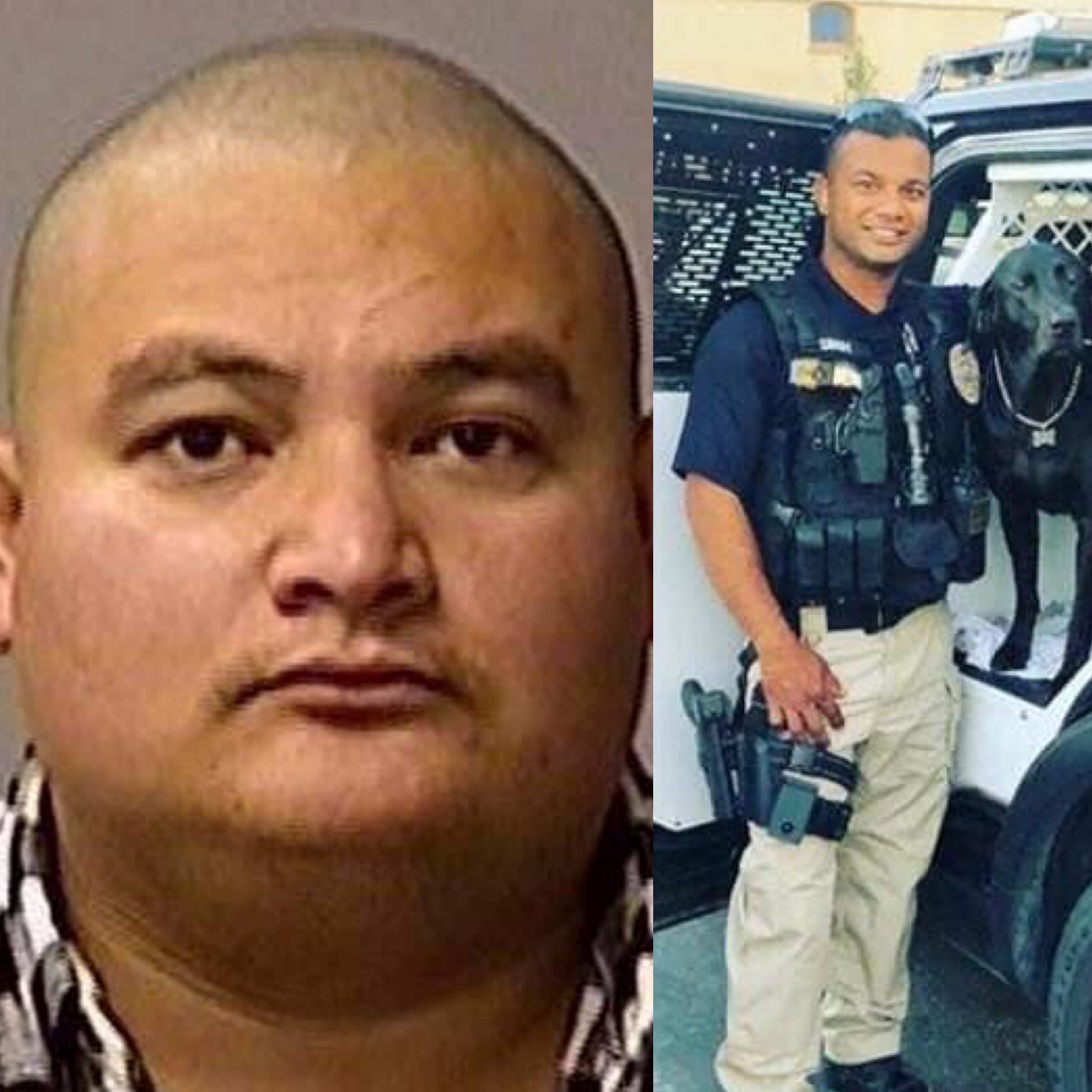 Mendoza was captured after the December 26th, 2018 shooting of Corporal Singh and fleeing south. A relentless search by authorities led to his arrest three days later at a home near Bakersfield. Three other people were arrested in the case for aiding Mendoza. Authorities said he had entered the country illegally, and had two prior DUI arrests in the Madera/Chowchilla area.

The Stanislaus County District Attorney’s Office said Mendoza entered the guilty plea, admitting to three special circumstances. Those circumstances included committing the murder in an attempt to evade arrest, killing a police officer in the performance of his duties, and discharging a firearm from a motor vehicle with the intent to inflict death.

Mendoza also admitted to acting intentionally, deliberately and with premeditation, as well as intentionally discharging a firearm causing death. Both were enhancements to his charges.

As part of his plea deal, Mendoza waived his right to appeal the decision. In exchange, the District Attorney’s Office agreed to stop seeking the death penalty. Mendoza agreed to life in state prison without the possibility of parole.

Mendoza was sentenced by Judge Ricardo Cordova and remanded for transportation to state prison.

Corporal Singh left behind a wife and infant son of five months at the time of the shooting.

“He came to America to become a police officer,” said Newman Police Chief Randy Richardson during a press conference on December 27th, 2018.

“You have to understand, this was not supposed to happen here.”

Corporal Singh, a K-9 officer with his partner Sam, was a native of Fiji and was deeply loved and respected by his peers and community.

“Please remember the man, please remember what he came to this country to do,” said Richardson. “Yes he was a police officer, but more importantly he was a human being.”

Click below to view original video from the case. 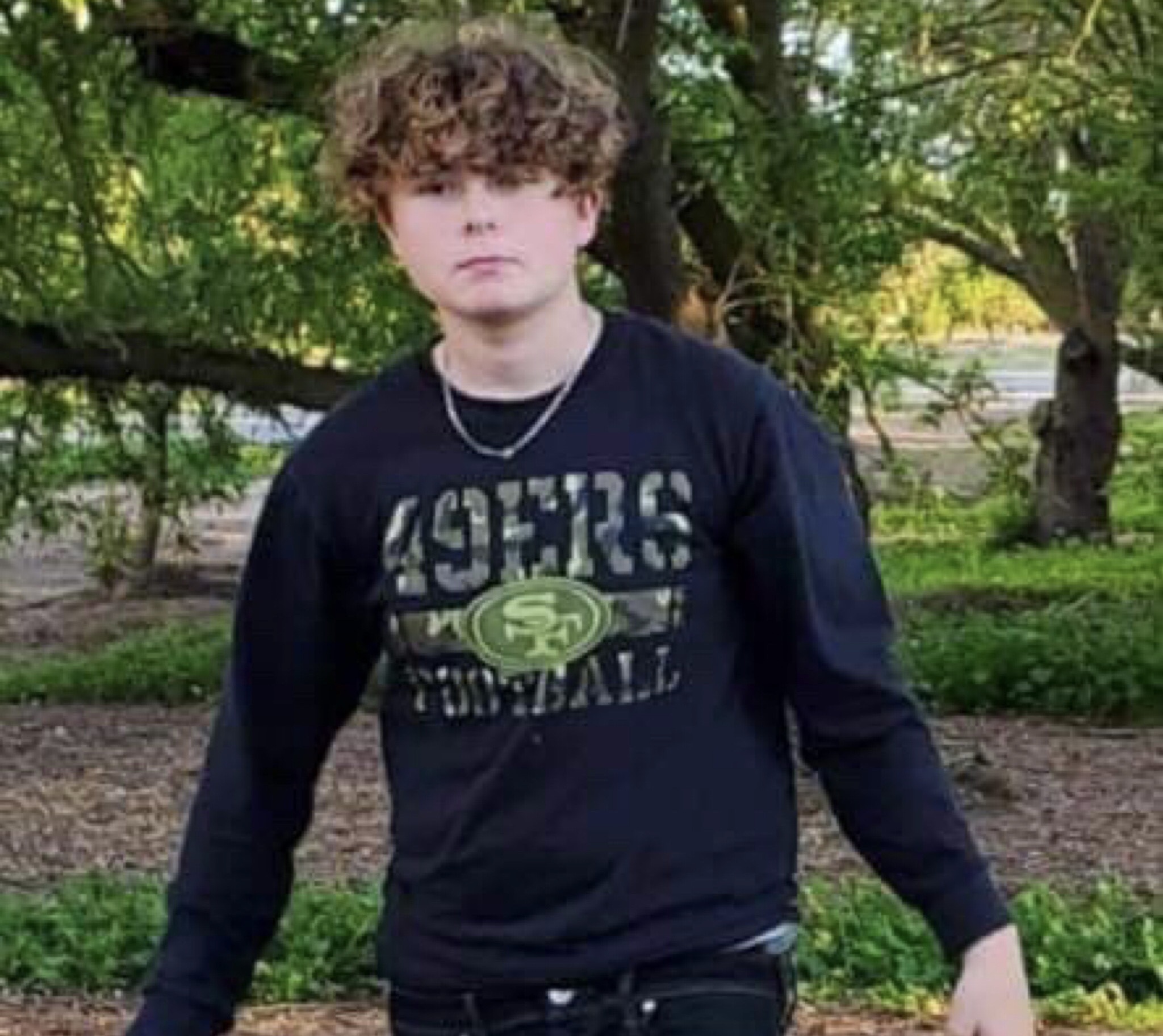 MODESTO – A car wash fundraiser benefitting Evan Robinson, the teen who was shot and killed over the weekend near a taco truck in Keyes, was planned for Saturday.

The event is scheduled to begin at 10:00am at Stanislaus Towing at 1307 Angie Avenue.

Robinson, 16, was shot during a fight near Seventh Street and Martha Avenue in Keyes. Emergency personnel attempted to save his life, but he did not survive his injuries. Investigators believe he was an unintended victim.

No suspect information was released in the case. Authorities are asking for witnesses to come forward.

Anyone with information regarding the shooting is encouraged to contact Crime Stoppers at (209) 521-4636 where callers can remain anonymous. 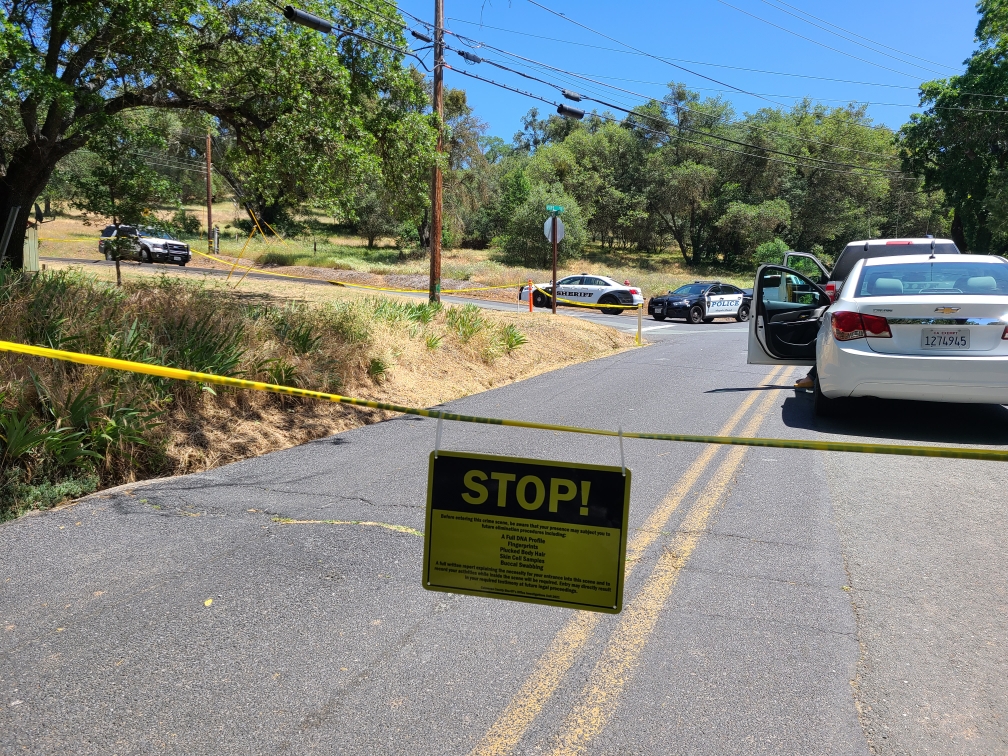 SAN ANDREAS – An elderly woman and a deputy were injured during a hostage situation that left the suspect dead Thursday night in Calaveras County.

At about 10:39pm dispatchers received a 911 call regarding an argument between a man and a woman at the Sierra Inn Motel. The caller reported the man had pointed a gun at the woman’s head. Deputies with the Calaveras County Sheriff’s Office responded to investigate, but the suspect had left the area before they arrived.

Deputies began searching the area for the suspect, treating the case as a domestic violence incident. As a deputy interviewed the victim at an apartment complex, the suspect ambushed the deputy and victim opening fire and wounding the deputy. The deputy was able to get the victim to safety.

Additional deputies, CHP officers and Angels Camp Police responded to the scene and began searching the apartment complex. The suspect emerged from an apartment holding an elderly woman hostage with a gun. Authorities believe the hostage was unrelated to the initial incident.

Authorities tried to reason with the man and get him to release the hostage, but their efforts did not work. As the suspect posed a threat to the hostage, authorities opened fire. Both the suspect and hostage were wounded during the shooting. The suspect died at the scene, the hostage was transported by air ambulance to a regional trauma center for care.

The ambushed deputy was airlifted as well. Both he and the hostage were expected to survive.

The incident is under investigation by multiple agencies. No further details were released Friday afternoon. 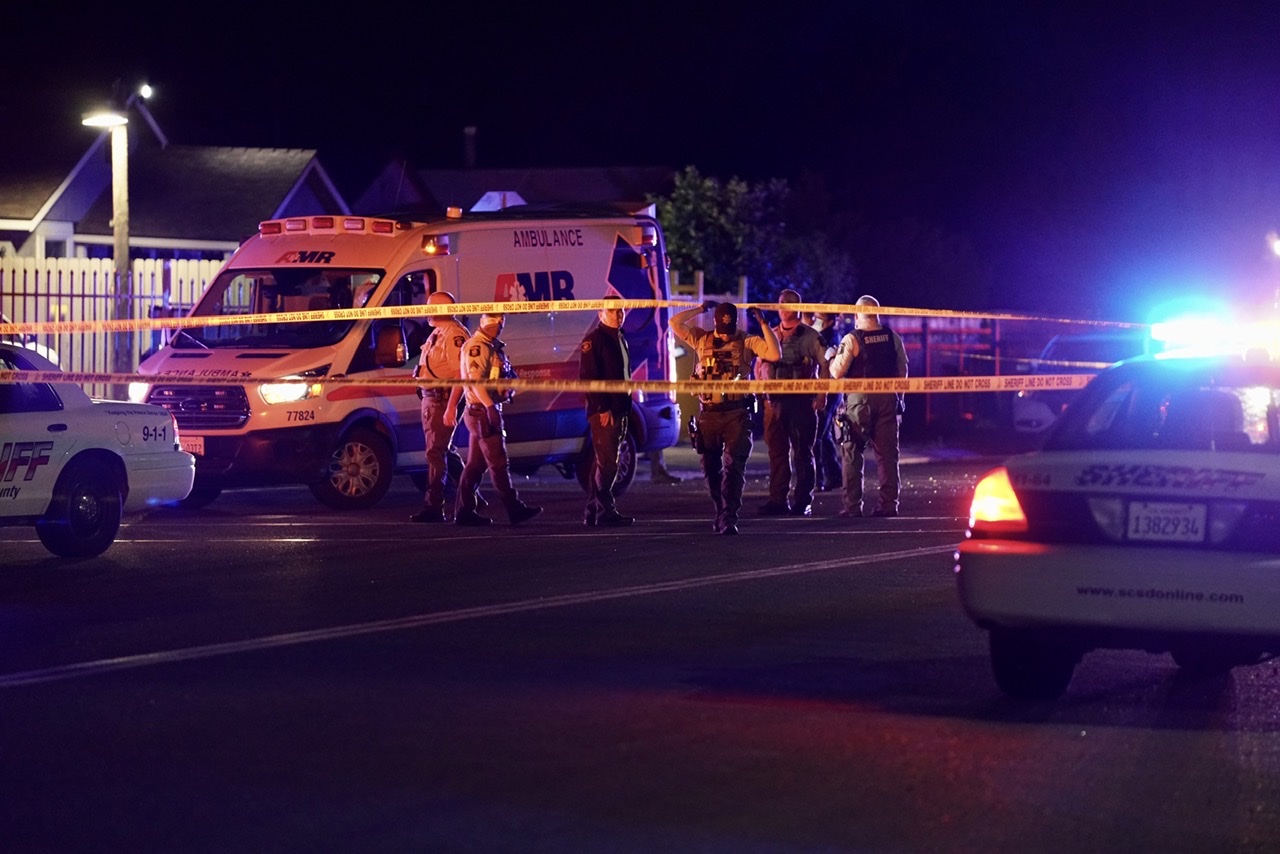 KEYES – A shooting during a fight claimed the life of a teen Sunday night.

Shortly after 8:45pm Sunday, authorities responded to a report of a shooting near the intersection of Seventh Street and Martha Avenue. Deputies arrived and found an unresponsive teen who had been shot multiple times in the roadway. Life saving measures were performed, however the victim died at the scene.

Witnesses said a fight broke out while people were eating at a taco truck and shots were fired. Investigators believe that the victim may have been an unintended victim hit by gunfire. A silver car was seen leaving the area and believed to be involved in the homicide.

Detectives responded to investigate the case. Much of the intersection and surrounding streets were closed off as a crime scene for the investigation. Persons of interest were identified, but investigators need more witnesses to come forward to name a suspect.

Anyone with information regarding this case is encouraged to contact Detective Hickman at (209) 525-7042, or Crime Stoppers at (209) 521-4636 where callers can remain anonymous.