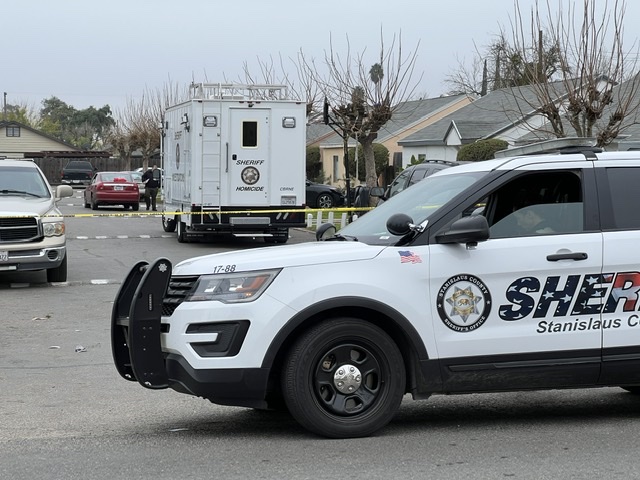 MODESTO – Investigators worked to determine what led up to a shooting incident between two teenagers early Monday morning.

At about 8:45am deputies responded to a report of a person shot near the 700 block of Adkinson Way. They located a 17 year old boy with a critical gunshot wound. He was rushed to a hospital with life threatening injuries.

Deputies later detained a 15 year old boy as a possible suspect in the case. The investigation was turned over to the Stanislaus Sheriff Crimes Against Persons unit.

Investigators remained on scene late into the morning gathering evidence and canvassing the neighborhood.