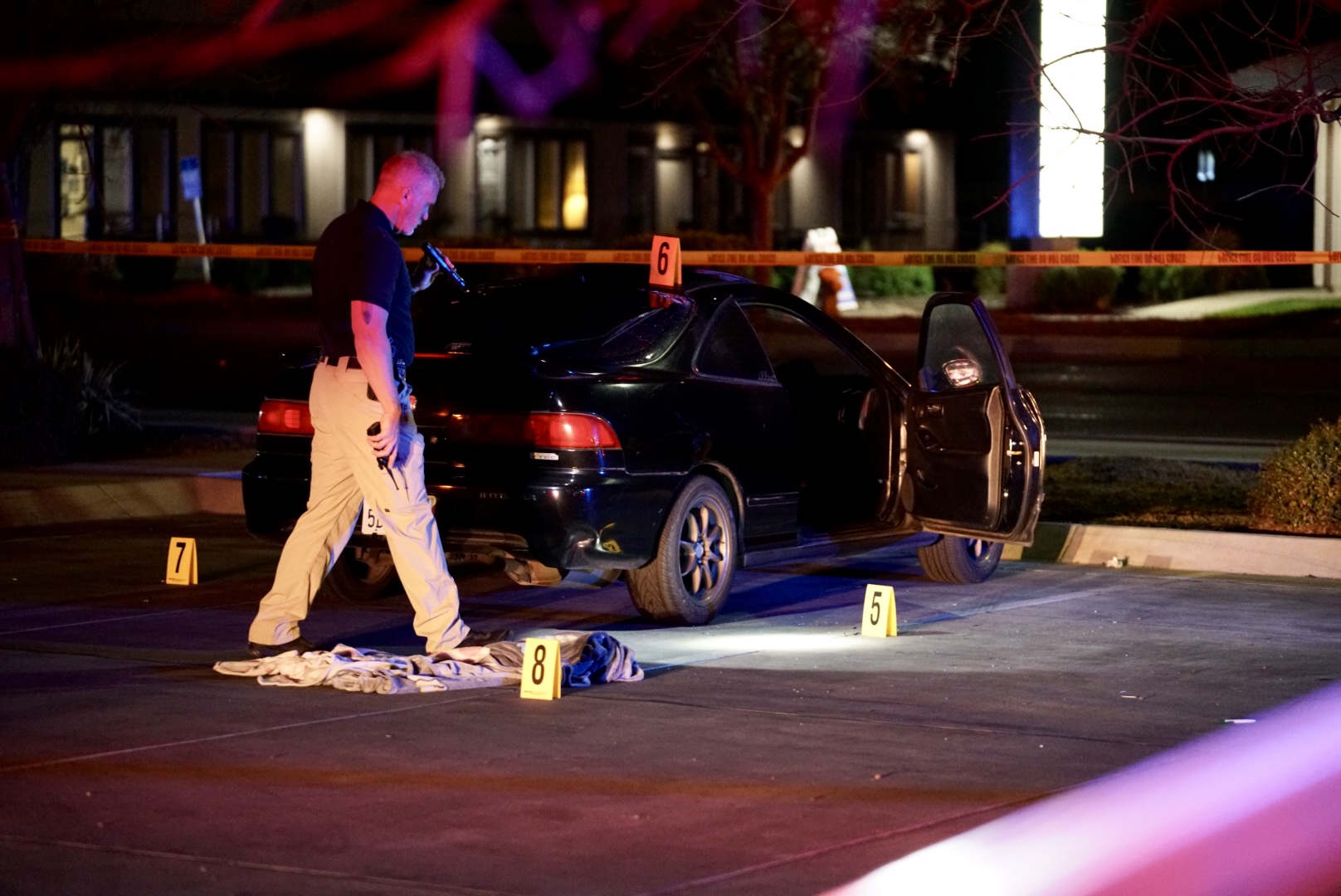 The shooting happened in the parking lot of an auto parts store on Geer Road and Wayside Drive. The parking lot was closed off with crime scene tape and several yellow markers around a vehicle indicating pieces of evidence. Several appeared to be shell casings. A nearby vehicle appeared to have bullet holes in it.

The investigation led police to the area of North Quincy Road and Arbor Way, where the suspect vehicle was found crashed into the fence of a home after a pursuit. A perimeter was established in the neighborhood for a yard to yard search. An officer with the Modesto Police Department responded to assist with a drone. Authorities urged residents to lock their doors, stay in their homes, and call 911 if they saw anyone suspicous.

At about 10:45pm, a person was found hiding in a yard on Estates Drive. That person was seen by a resident in the area who called 911. They were detained quickly, and moments later authorities indicated they were no longer searching for a suspect. An officer was also seen placing a firearm in an evidence bag.

Anyone with information regarding this case is encouraged to contact the Turlock Police Department or Crime Stoppers at (209) 521-4636 where callers can remain anonymous.