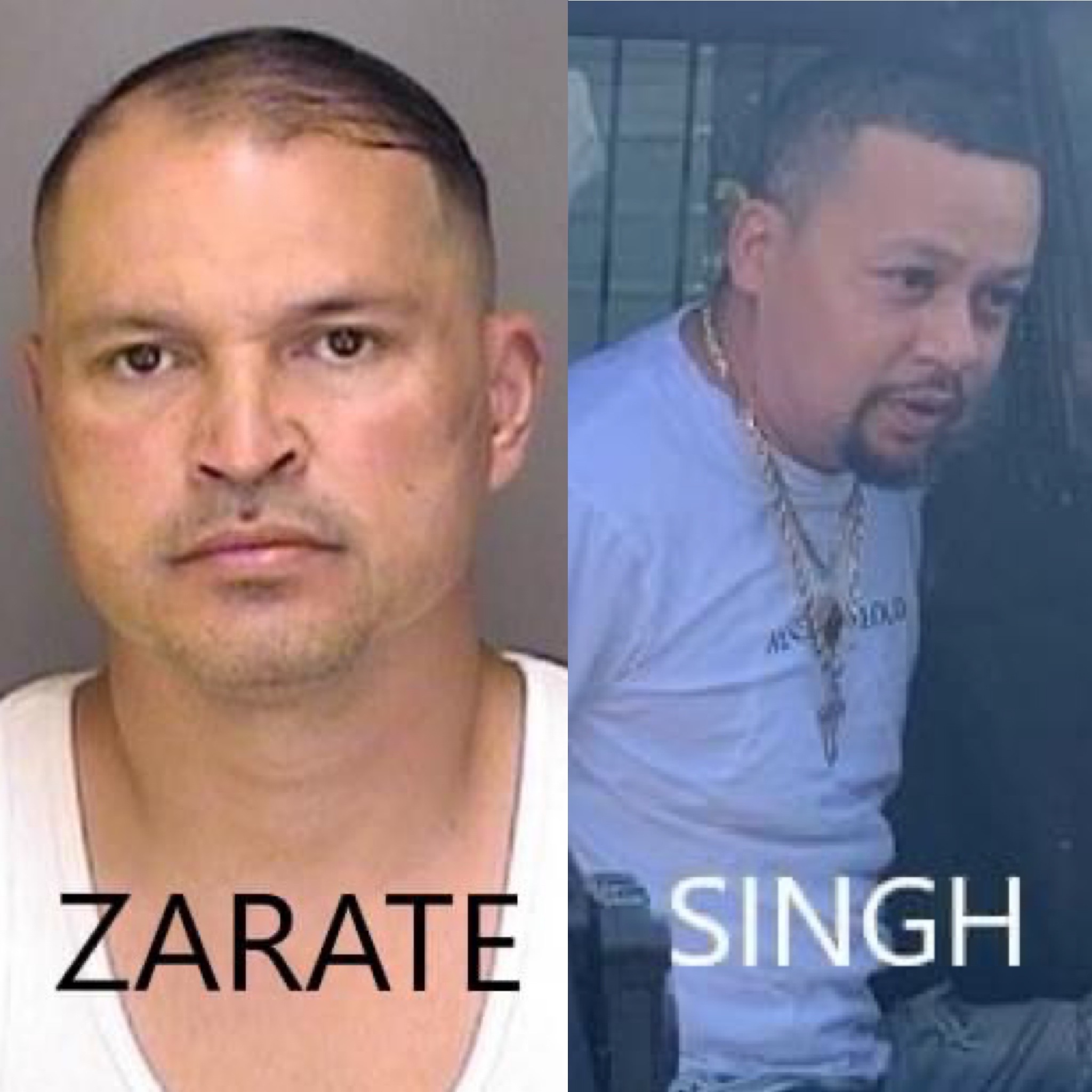 MERCED – Authorities announced the arrest of two men Thursday in connection to a 2018 homicide.

Police said the victim, 37 year old Christopher Martin Reyes, was shot and killed at an apartment complex on Loughborough Drive in 2018. One of the suspects, 42 year old Augustine Singh, fled to Texas but was arrested on June 8th. He was arrested during a narcotics related search warrant and booked into jail in Bexar County, Texas.

The other suspect, 42 year old Jose Fabian Zarate, was previously prosecuted in 2019, however a judge released him after a jury could not reach a decision in his case. Zarate was re-arrested after charges were filed by the Merced County District Attorney’s Office.

Zarate was booked into the Merced County Jail on murder and gang enhancement charges.