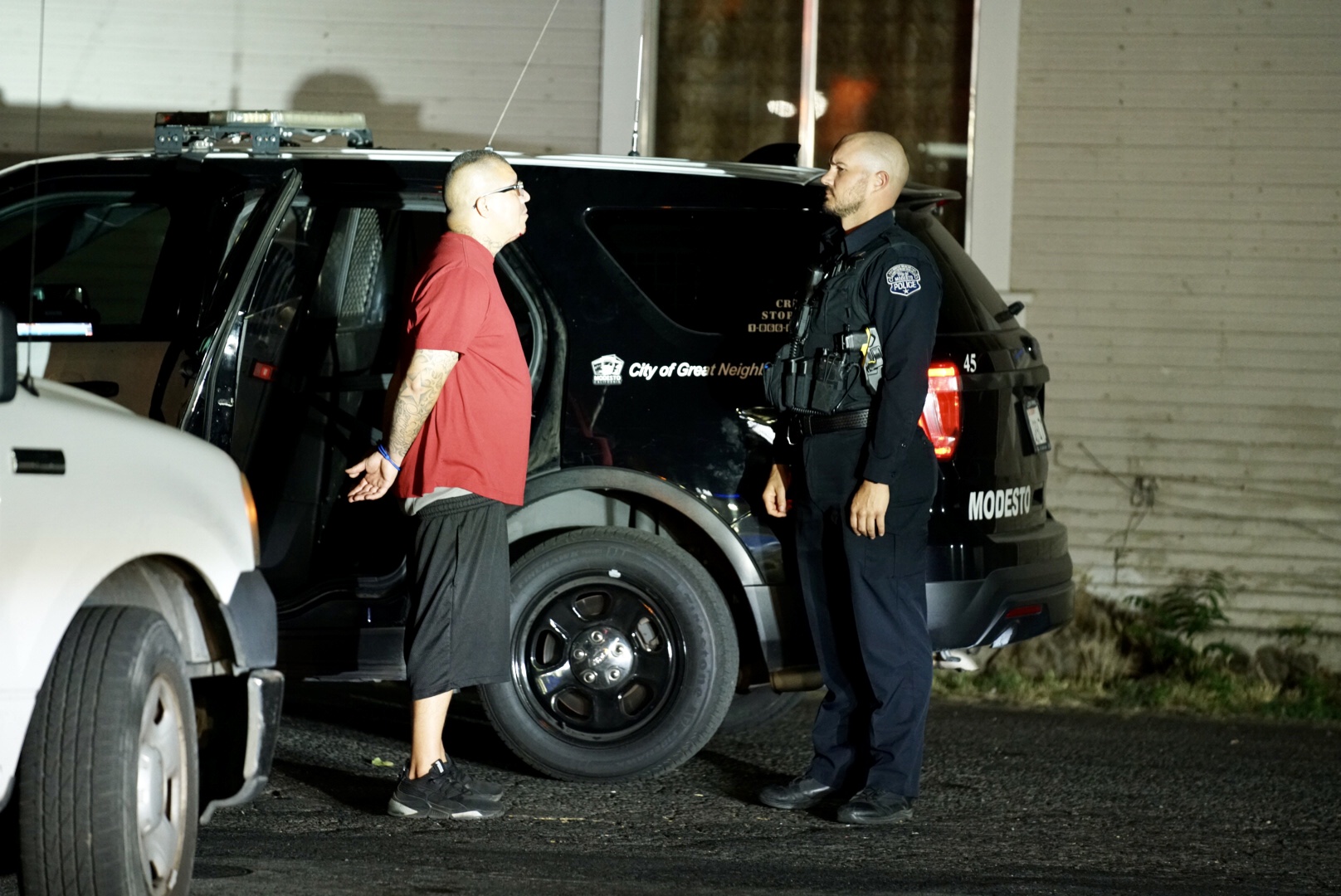 MODESTO – Authorities arrested a 39 year old Merced man on homicide charges after the intentional hit and run of two pedestrians claimed the life of one early Wednesday morning.

Shortly after midnight police were called to the area of Maze Boulevard and Martin Luther King Jr Drive for a report of a person hit by a vehicle.

Officers arriving at the scene located a man and woman who were both struck by a vehicle. A woman was found in the alley behind the convenience store at the intersection. A man who was also struck and injured crawled toward the front of the store for help.

The 61 year old woman who was found in the alley next to a tent was unresponsive. Police officers began performing CPR on her until medics arrived. She was transported to a local hospital where she was pronounced deceased. The 30 year old male victim was also taken to a hospital by ambulance and was taken straight into treatment. Officials believe both victims may be related but as of late Wednesday morning those details had not been confirmed.

Authorities believed a possible argument had led up to the incident according to Lieutenant Chris Adams. Witness accounts indicated the act appeared intentional, the Lieutenant explained. Police were also reviewing surveillance video.

One witness who declined to be identified said he saw the vehicle strike a person, back up and then hit them again. He explained he then saw the vehicle drive away from the area.

Police officers closed off the alleyway with crime scene tape as detectives and crime scene technicians responded to investigate and gather evidence.

Cadet Lewis has been with the department since his signing up as an explorer and is on his way to the police academy Lieutenant Adams said.

The Nissan sedan suspected of being involved in the crash was seized as evidence by police. There was visible damage on the vehicle and it was missing a mirror. The front passenger tire was flat.

Diaz was booked into the Stanislaus County Jail on homicide charges.

Anyone with information regarding this case is encouraged to contact Detective Booza at boozag@modestopd.com or Crime Stoppers at (209) 521-4636 where callers can remain anonymous.