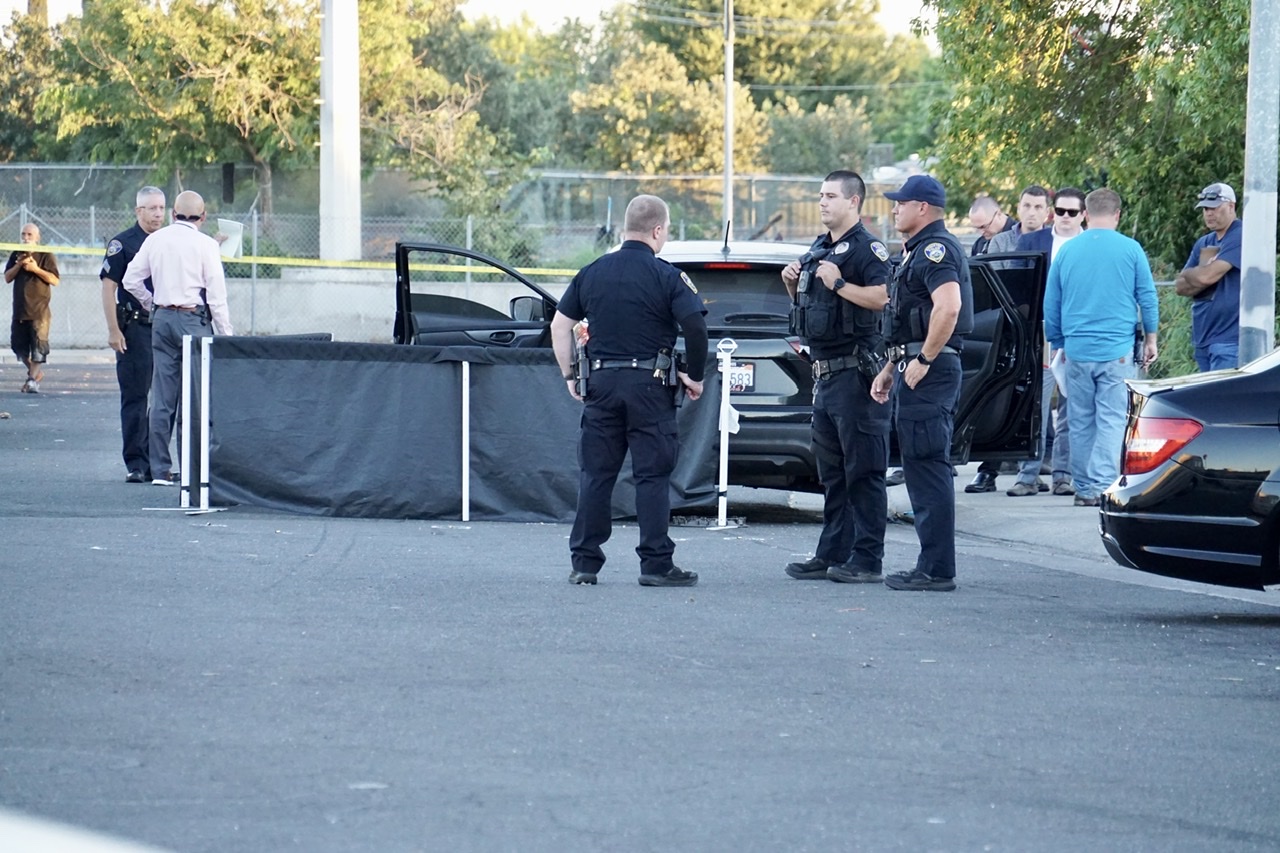 STOCKTON – A woman was killed Tuesday afternoon in a shooting that also injured a man on the city’s north side.

Shortly before 6:00pm officers responded to the area of Albany and Astor Drives for a report of a shooting. Arriving officers located two victims, a man and a woman. The man was transported by ambulance to a hospital, the woman died at the scene.

The neighborhood was closed off with crime scene tape as detectives responded. Evidence technicians photographed what appeared to be shell casings on the ground near the area the victim was located. Investigators circled a dark Nissan hatchback working to determine what happened.

Anyone with information regarding the shooting is encouraged to contact Stockton Police at (209) 937-8377 or Crime Stoppers at (209) 946-0600 where callers can remain anonymous.