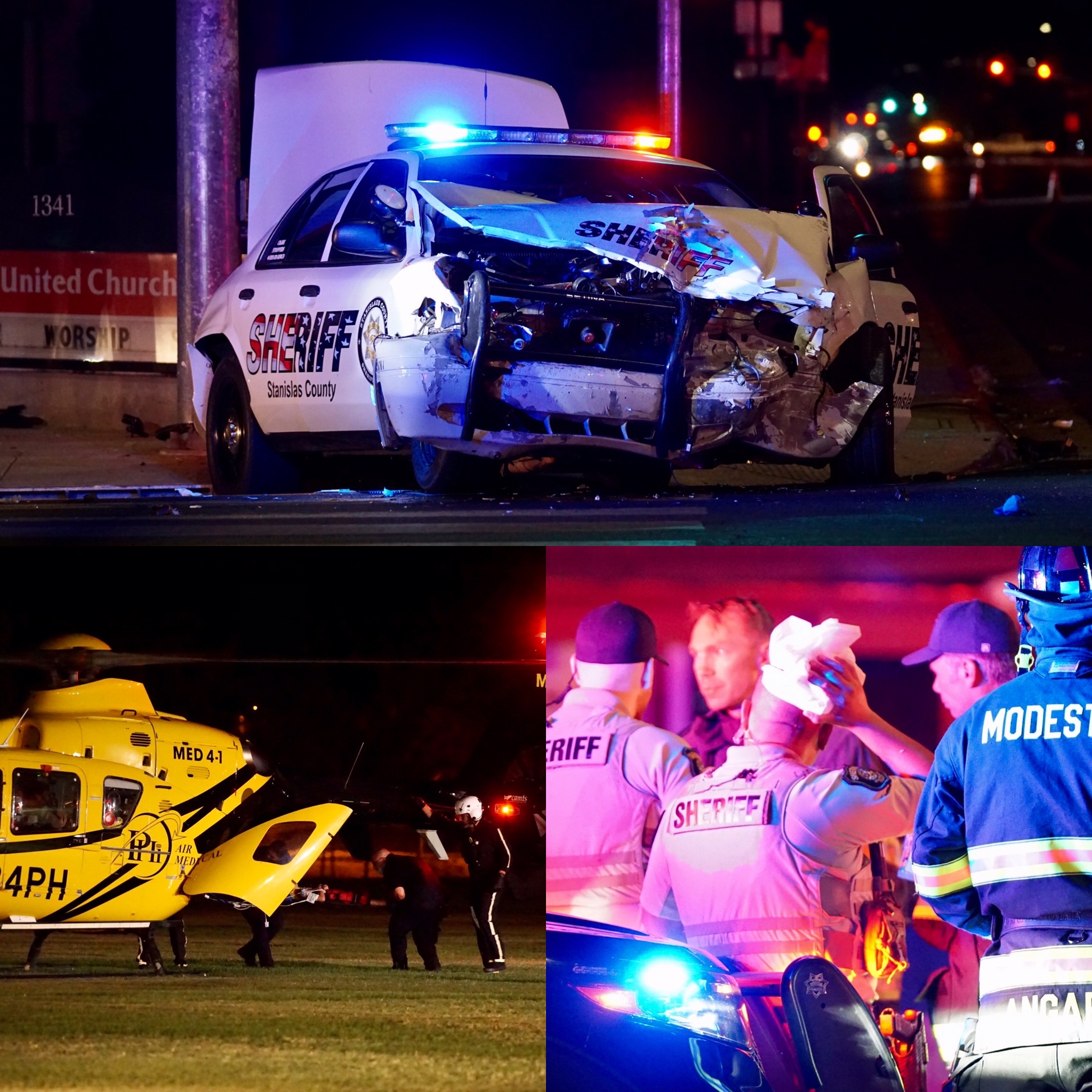 MODESTO – A child was flown by helicopter to a hospital as a precaution following a three car collision Sunday night.

At 9:42pm emergency crews responded to the intersection of College and Orangeburg Avenues for the report of a three vehicle collision. One of the involved vehicles was a Stanislaus County Sheriff patrol car, the others were a white four door sedan and a dark Ford SUV.

The deputy appeared to have a head injury. He was seen holding a towel to his head. The sedan had a child in the vehicle and reportedly also had a head injury.

An air ambulance was called to transport the child as a precaution to a pediatric hospital. PHI Med 4-1 responded and landed in a field at Roosevelt School to fly the child.

According to Lieutenant Chris Adams with the Modesto Police Department, everyone involved suffered moderate injuries.

The circumstances regarding the collision were not available Sunday night.

Police Seek Vehicle in Fatal Hit and Run of Pedestrian