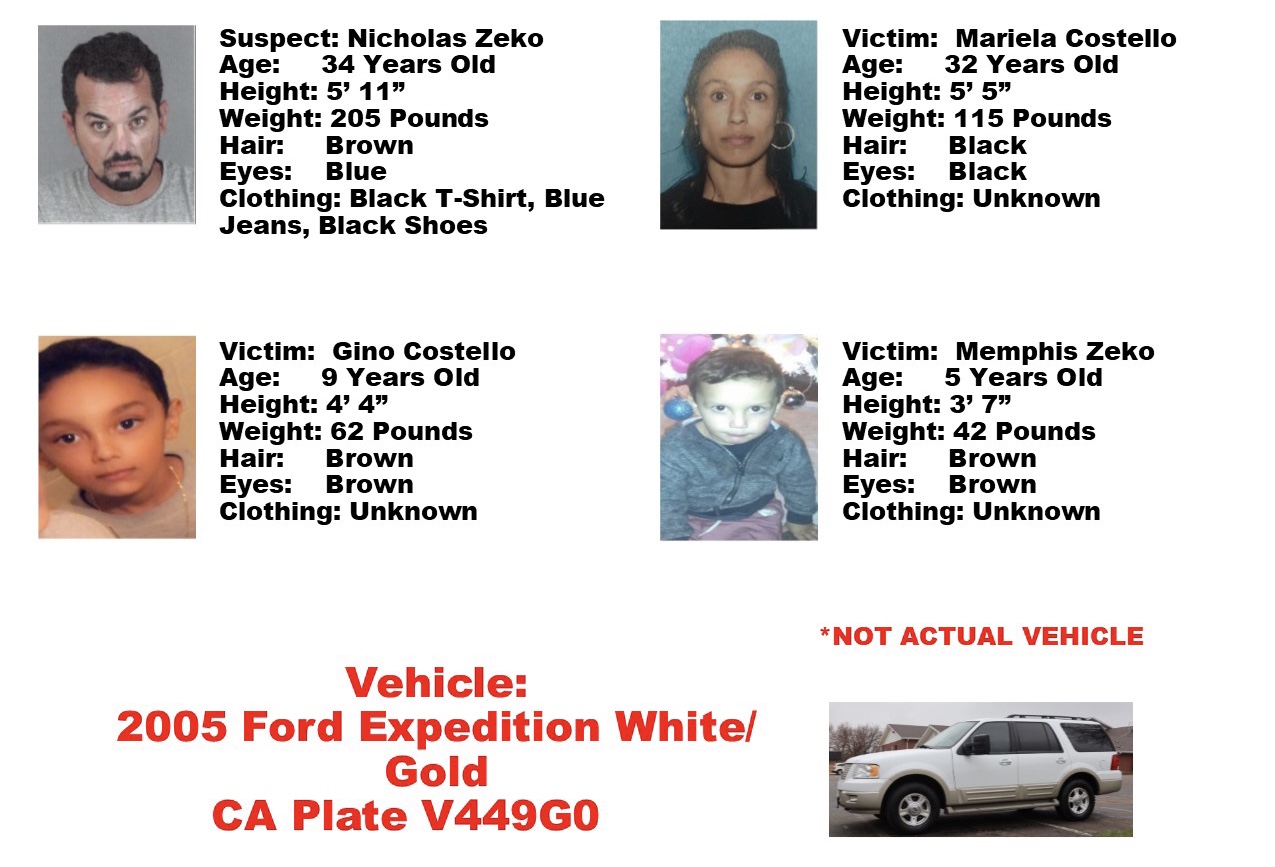 MODESTO – Two children who were abducted from the Riverside area Thursday may be in the Modesto area according to authorities.

Gino Costello age 9, and Memphis Zeko age 5, were last seen with their father Nicholas Zeko according to the California Highway Patrol. They were last seen at about 10:00pm in Riverside County. Nicholas Zeko is also said to have two felony and four misdemeanor warrants.

Mariela Costello, 32, is also reported to be with them. Authorities say they are believed to be in imminent danger.

The four are said to be traveling in a 2005 white Ford Expedition with gold trim. The plate of the vehicle is California V449G0.

Mariela Costello is 32 years old, 5 feet 5 inches tall and weighs 115 pounds. She has black hair and eyes and her clothing is unknown.

Gino Costello is 9 years old and is 4 feet 4 inches tall. He weighs 62 pounds and has brown hair and eyes. His clothing is unknown.

Memphis Zeko is 5 years old and 3 feet 7 inches tall. He weighs 42 pounds and has brown hair and eyes. His clothing is unknown.

Anyone with information regarding this case is urged to call 911 immediately.