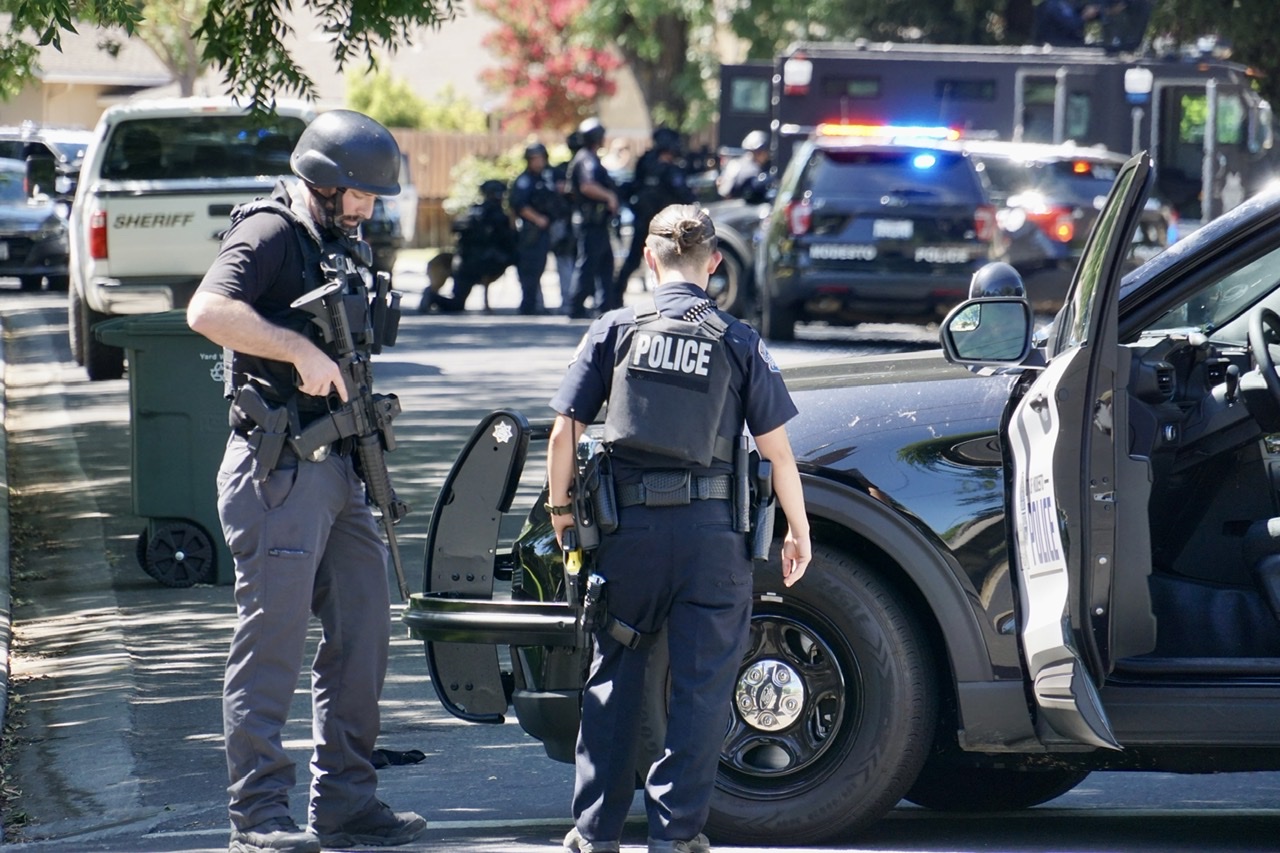 MODESTO – Michael Sullivan, or “Big Jesse” as he was affectionately known by those close to him, was a friend to all.

That’s how many of his friends wanted him remembered as they gathered near his home on Debbie Lane Sunday trying to make sense of what happened to him.

Big Jesse’s life was taken during a shooting shortly after 2:00pm. The accused shooter was a neighbor.

But the end of his life was not how those gathered Sunday wanted him to be remembered.

Tracy Burkhart only met him six months ago, but knowing Big Jesse felt like having a lifelong best friend. Just like everyone at the scene Sunday, the two hit it off and became close.

“We just had a tri-tip dinner at his home last night,” Burkhart said. Together the two talked about their families and interests. They worked on vehicles together, and recently made a funny TikTok video of themselves as they pushed a Chevy Tahoe down the road because of the high gas prices.

The Tahoe, according to those watching Sunday’s events unfold, was a key to why their friend’s life was taken.

Rivera explained that Big Jesse had recently purchased the Tahoe from his neighbor for $800. The vehicle was in a state of disrepair.

“So he bought a replacement motor for it,” Rivera said. “There were nuts and bolts all over his garage, but in the end, they were all put back in place.”

Rivera explained that Big Jesse had experience working on motorcycles. The Chevy Tahoe would have been a new challenge.

“For him to do the work he did, and get that vehicle running, that’s pure talent.”

A talent that Rivera lamented is now as irreplaceable as the man himself. He knew Big Jesse for the last three years.

“Jess was a smart guy and a fast learner. He was friendly and accepting, and we knew mutual people, so getting to know him felt right.”

He loved his three kids and was looking forward to spending the summer with them and go camping. Events and memories that Tracy Burkhart would have liked to experience beyond the six months he knew him.

“Now, I feel like I didn’t get enough time to value the friendship he gave to me,” Burkhart said.

Both Burkhart and Rivera vowed to offer their help to their friend’s family, in honor of the friendship he showed to them.

“I don’t care how long it takes tonight,” Rivera said while observing the investigation. “The last thing I want to do is close the garage door to his home for him.” 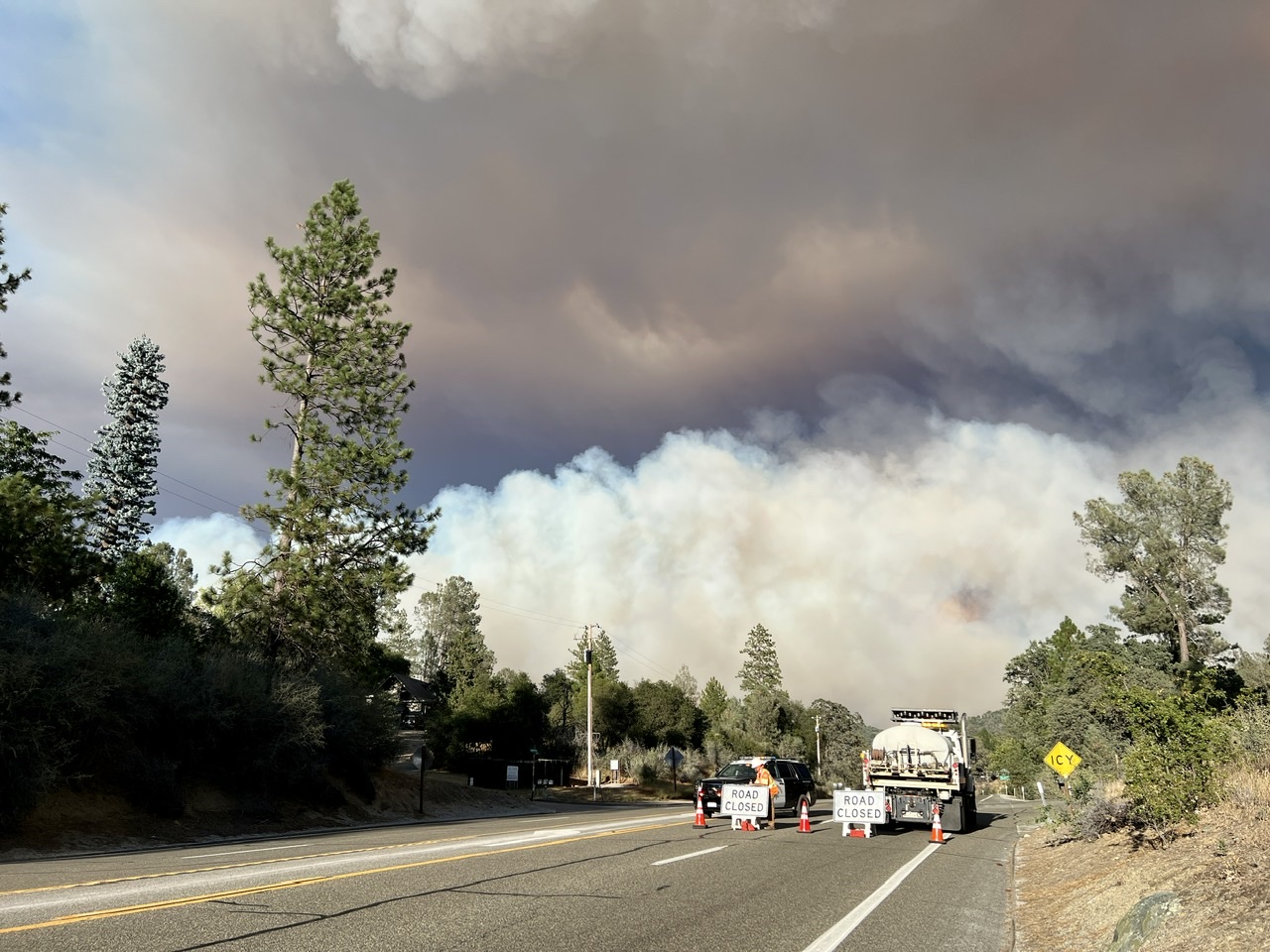 MARIPOSA – A fast moving wildfire tore through a mountainous community just north of Mariposa Friday Afternoon, as firefighters scrambled resources to the area.

The Oak Fire was reported at about 2:10pm near the area of Highway 140 and Carstens Road in Midpines. Within a short amount of time, the fire grew to over 1,000 acres. By midnight, FIRIS (a wildfire mapping aircraft service) had mapped the fire to approximately 5,712 acres with zero containment.

At least 1,300 structures in the area were threatened, and a total of 383 personnel were working the incident. Several evacuation orders were issued for areas affected by the fire.

The cause and origin of the fire was under investigation. 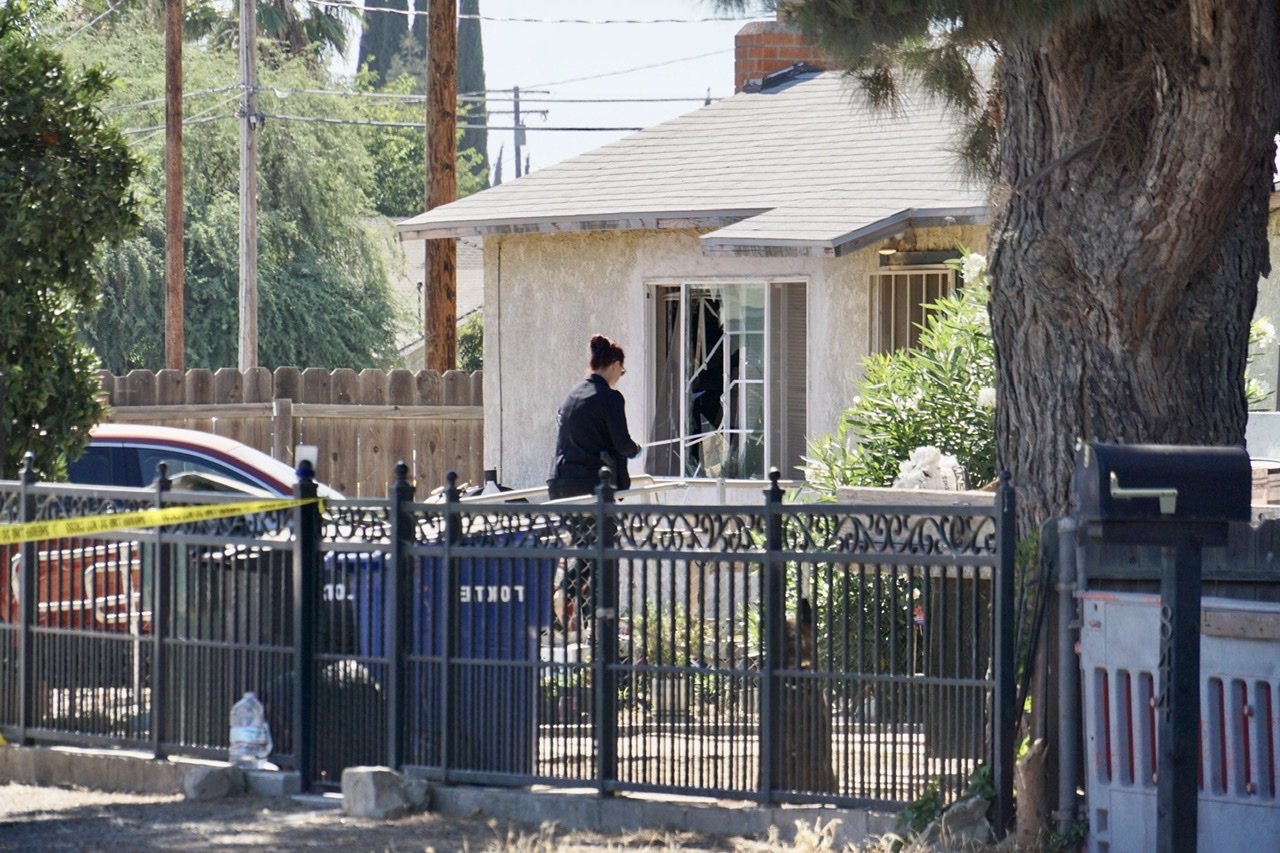 MODESTO – Authorities closed a section of Inyo Avenue as they investigated the deaths of a man and a woman Thursday morning.

Authorities closed off Inyo Avenue between Gutherie and Tulsa Streets early Thursday morning for a report of a person shot in a home. A man ran across the street to a neighbor’s home for help shortly after 5:00am saying he had been injured in the shooting. According to Sergeant Luke Schwartz with the Stanislaus County Sheriff’s Office, the incident appeared domestic in nature.

Crisis negotiators and SWAT teams responded to assist in the incident, while several neighboring homes were evacuated out of an abundance of caution, Sergeant Schwartz said.

Upon making entry, authorities found a man and woman in the home deceased. The initial victim was taken to a hospital with life-threatening injuries and was said to be in critical condition.

Crimes against persons detectives and evidence technicians worked into the late morning to process the scene. Investigators were still working to positively identify the two deceased individuals located in the home.

Officials said there was no threat to public safety.